The Allure of Rumors 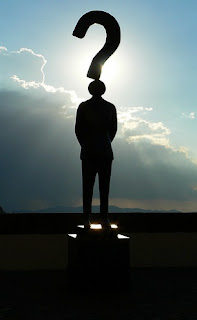 Rumors are so seductive. The idea of someone knowing something particularly compelling before it's a known fact and able to spread it around is strangely sexy. The one with the tidbit is the one everyone wants to have. What could be sexier? Does it matter if the information is true? Does it matter in the long run when things happen everyday? Is it really that important when it has to do with fashion which by its very nature is a spinning wheel of fortune? I don't really think so. But an awful lot of people do. They absolutely hang on every implied word to suss out the news. Fashion people have an unusually intense interest is being, having, doing, and knowing things FIRST. 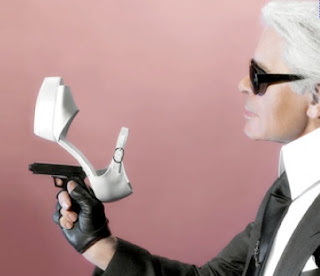 I foolishly fell victim to the ever grinding rumor mill and blurted that Karl Lagerfeld was retiring from Chanel and Alber Elbaz was taking his place. I certainly got my rather long tail caught in the cogs of that wheel and felt like an idiot. My motives were pretty honorable....I wanted to share a big news story with you guys , but opened my mouth without 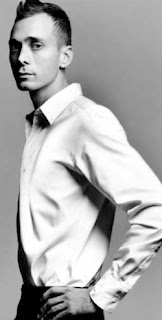 proof and ended up looking like a Fashionista F#+% Up. I'm a proud cat who prides himself on being objective and informed......most of the time. We all fall off the wagon of Integrity every once in a while. To err is human and feline. I almost blurted a truly preposterous rumor after that that was so bizarre and inflammatory that I actually did all that I could to verify it and couldn't so I didn't say anything. That was agonizing because it was truly incredible in its tragedy and scope. The scary thing is that it was more premonition than rumor because one half of the story was totally false and the other half came to pass only weeks later. I didn't sleep(literally) for some nights after that and I fear it caused the end of a friendship that I valued and miss to this day. That's part of the fallout from rumors. They serve little purpose but to make the teller feel as though they have an edge and the audience wastes too much time trying to solve the mystery. What is, is. What isn't yet, is. So it's all the same in the end. 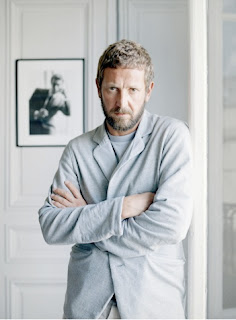 Boredom is the great catalyst for the turbo rumor. It's been a hellish summer. We've all fried in our own fat for weeks and nothing truly interesting has come down the chute for months. We're waiting for that big anticlimax, the Collections in September and let's be honest, we're all craving something yummy we can gnaw on. What better thing to claw and chew on but a story about a major changing of the guard at some influential fashion houses? I'd get excited about it if the end result would mean truly awe inspiring design and a landscape forever altered. It just doesn't work like that in real life. If one actor leaves the stage, then the replacements tend to be the sort who are unable to adopt a new 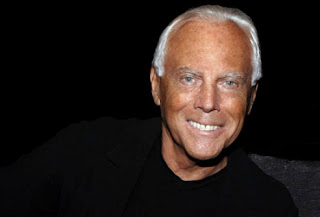 character. It's sort of the "Same S*&^%$, Different Day Syndrome". This isn't to say the new names in possibly newly vacated slots aren't without talent, only that theirs is almost always specific and static. Karl Lagerfeld is the consummate chameleon and perhaps the only designer working today with that skill. It's difficult to get excited about the game of musical chairs at European design houses when the players will more than likely take their same bag of tricks from one gilded salon to the next. It's a bit like Fashion STD's. The problem starts in one house and gets passed around from one to another until the whole system is compromised.
So I won't kill the suspense of what is or isn't on the horizon by laying hi 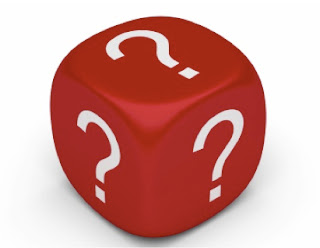 nts. I don't want to disappoint or stick my paws down my throat. Let's just wait and see. Someone very wise said that all thoughts, stories and that includes rumors must be tested and examined to know if they're true. The first question being,"Are you sure that this is true?" The second being, "Can you absolutely know that this thought(rumor) is true?" If the answer is no to the second question, then it isn't and will stay that way until it is. That is unless it isn't.
Posted by Fluff Chance at 8:37 AM

Don't get too down on yourself for your rumor faux pas...we've all ended up looking foolish before! And I'm so sorry about your loss of an important friendship. I've been there...there are a couple past friendships in my life that have died suddenly for reasons that are still mysterious to me. Such a regret!

I look forward to hearing the mysterious news when it is in fact news, and hearing it in your own delightfully acerbic meow.

Which half of the story came true?

St.Valentine,
Alexander McQueen ended his life.
It was very unsettling and I'm very glad I said nothing.

Wow. That is pretty unsettling, and much too serious to be gossiped about. Good call.

Gosh I hope that it is Stephano Pilatti leaving YSL

I know of some rumors planted by some "very highly coiffed lady blogger" to feed a commercial purpose only, serving the interest of her closest friends ...Keeping a name alive at all cost so that the diner invitations keep coming. Mega $$$$ in trumor mill. One must be careful of motives that fuel rumors at the French court of avenue Montaigne and rue du Palais Royal. It is very much like that movie of Patrick Lecompte " Ridicule" (A must see).There is much more to tell, but it is sordid, as you know Fluff...
Find the motive, follow the links, dig around and you will know the real truth behind the rumors. The truth , generally in the fashion world is: keep your so called "muse friends " entertained and happy.

A very good point, I am not at all into spreading rumors but I once did hear one from a very good source and stated it on my blog, it went around the planet in minutes and proved to be not true. I swore that I would never post another one and greatly regret that I ever did. Anyway, great blog and good advice. DP