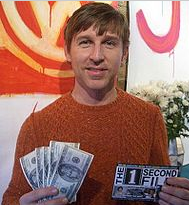 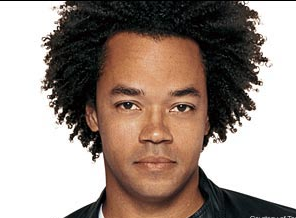 Stores are all being rated at the moment because the 3rd quarter has just ended and we're on our way to the home finish of the fiscal year. Some performance levels are all being watched a, analyzed and judged. With the holidays looming, this is when most go for the gold. Unfortunately, this year will have very few finishers let alone winners. I know this sounds dull and redundant to hoe the same old tired earth, but there are a couple of things I found when studying this final analysis. Performance , or a stores profits and losses are not all tied to the consumer going broke over the course of a New York minute, but also product and it's validity, appeal and quality.

The usual suspects are not doing that well, the hyper LUXE chains like Saks , Niemans and Nordstroms. I always thought the rich stay rich and keep on shopping as long as the door is open. Not so , this time . Yes , they keep shopping but with less abandon and in more specific ways. Impulse purchasing is on the wane. Only really specific needs are being satisfied. Granted, those needs are pretty sweet, they aren't just going from department to department and buying something from each of them. It's a $10k custom made ostrich bag from Bottega and not the golden woven satin evening minaudiere as well. See, they are making judgement calls and taking one, not both.

The stores whose performances surprised me most were the Gap and Old Navy. These are very inexpensive chains with tons of product at prices many people can afford. You can go in and get a few things and still have a few dollars left for Red Lobster. Analysts from WWD, the NYTimes and Wall St. seem to think that the reason for the loss of profits and the customers ambivalence is not price but product. Lack of interest and the wow factor. Flat and boring looks that fail to inspire the customer. Fashion that isn't. Dullness. Boring unnecessary clothes. This is not the way this fairy tale was supposed to end. The Gap with Patrick Robinson at the helm and Todd Oldham steering Old Navy were touted as BRILLIANT creative directors to the rescue. It looks like neither has been particularly adept at the task. Both designers have lots of experience and in some circles are thought to even have talent. Neither have ever exhibited much vision in their past posts and it's unsurprising that they continue along the same path.

Patrick Robinson is a lot like Lars Nillson. He's a serial non-starter. He goes from one plum assignment to the next, but never stays long enough for the credits. Somewhere in the middle of the show he's left the building. Anne Klein, Perry Ellis , his own label, Armani, Paco Rabanne(that one still leaves me scratching my bald head)and now Gap. Having married a priestess at Vogue has been his one true success story. She has kept him in front of the press and is certainly instrumental in helping these choice jobs land in his lap. In his case it's sort of presumed talent by association. When Gap took him on, there was going to be a whole new look and a push to make the store a competitor with the likes of Banana Republic, Abercrombie, Club Monaco and J.Crew,don't let me forget Target. At this stage he's running the store behind Kmart and steadily into the dirt. I ask myself why. I answer my query with this: High fashion, middle market or the moderate to low end all calls for an imagination , talent and the ability to produce while working within a structure alongside a good team. He's unable to do these things that add up to a success story. Asked recently in an interview regarding his project with Target, the interwiewer asked how people can discover their own personal style. His answer was to cut out pictures from magazines and emulate what you see. When his personal style was questioned and he was asked who he models it after his answer was "no one" . It's his unerring taste and eye that has made him style himself. He said that jobs like Armani, Anne Klein, Rabanne a nd Perry Ellis were his chioce, the jobs were his choosing, not that he was recruited and hired....and fired. The hubris in that statement could sink a ship. His greatest desire at this moment is to find the"perfect bathing suit for his new swimming pool". How many times can they afford to going barrelling down the freeway against oncoming traffic?

Old Navy should be a no brainer. It is a brilliantly conceived idea for the marketplace. Take the latest trends, the staples of today's culture and churn it out at very very reasonable prices. Basically riff off the zeitgeist , follow what should be a strong Gap model and sell circles around it and the rest of the competition. That's not to say it's a task for anyone to pull off, but it's not brain surgery. What it does call for ,though, is a brain . Todd Oldham is that brain, or is supposed to possess one . Todd is an interesting subject. He had a collection for several years that was cleverly based on over the top clothes that spelled F-U-N. M-A-D-C-A-P. Coming from Texas and learning to sew on his Grandmother's sewing machine and finding his way to the big city, and on and on and on. Then he hits the big time. He's self deprecating, and humble and so Aw Shucks you just have to love him. Then the public tires of the same clothes season after season and his coterie of famous edgy celebrity pals. That includes Susan Sarandon, which I always found puzzling. After that circus packed it's tent along came Laz-Y-Boy. That was more of the Aw-Shucks I'm such a normal cool guy I want to make Laz-Y-Boy in my own image. Did you buy one? I didn't.

The gig at Old Navy, which was to be the lion's share of his projects and income is getting the same rap as Robinson's at Gap. Flat,dull, boring and not performing up to the expectations the company gad when he was hired. It looked good in the beginning. It was fashion being sold not just $9.00 polo shirts, but it's been diluted and not drawing the customer in or causing them to buy. Maybe he's spreading himself too thin. Maybe there is just too little to spread. Half the time he's in L.A. doing inane reality TV, which keeps him out of the studio and on channel 675 for 6 weeks at a time. That's valuable studio time for such an important position. Unlike the good old days when one created 3 collections a year, Old Navy has something insane like new product deliveries ever 4-6 weeks. Constant freshness. If you're missing in action then who's minding the store? It must be a team of assistants, but ones who need direction. Faxes and conference calls , sketches on napkins from Spago or the Chateau Marmont are probably not enough to lead the troops to victory. Todd and his partner in business and in life( notice the order in which I list the connection) seem to be so busy scoring the next deal that they neglect the ones that are already crowding their paper plate. It can't be Chinet, because it keeps falling to the ground.

We will see how these behemoth chains shake out in the 4th Quarter. I'm watching closely. Buying so-called talent has become a lesson in futility. The list of talent that keeps coming to the fore is consistent in it's lack of foresight and wisdom. This country , up until last week, has shown it is masterful at repeating the same mistakes again and again until they finally make such a big mistake they decide to make a change. I wish both designers luck. We'll see where the Wheel of Fortune stops. Vanna, give it one more spin and let's see if they can put together the puzzle.

The audience has the answer already: Grade : P -
( meaning: Passing , but below grade level)
Posted by Fluff Chance at 8:58 AM

Old Navy could blow away tomorrow and it would be good riddance. The quality and design(?!) of their clothes is lowest of the low. Patrick Robinson's Gap seems to be churning out cheap copies of Stella McCartney, though better copies than those on the racks at Target. Ah, Stella McCartney. Care to comment on her designs? Have to admit I buy her bags and shoes sometimes to be nice to the cows, but the clothes, not so much.