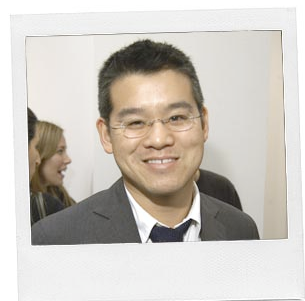 This has been another one of those banner weeks in the fashion capital of the world (other than Paris, of course). The poster boy for displaced and discarded Designers, Peter Som received yet another blow to his tenuous hold on the career that was to bring him to the pinnacle of success and notoriety. His big bad backers, The mysterious NRDC folks pulled the plug on his financing. Isn't it enough to go the way of the house of Bill Blass? No they had to take things one step further and walk out on him weeks before his Fall 09 collection is to open.

Heart and compassion on the avenue has gone the way of Madoff's billions... up in smoke. Here one minute and gone the next. His talent has always been a big question in my mind, but Puss Cats aren't known for having the largest of brains. What we do possess are very acute instincts. Mine has always questioned his ability to inhabit the larger stage. I don't think that his eponymous collection has been particularly compelling , though I've seen it hanging in great shops here and on the continent. On a visit to London there was a whole area devoted to his offerings. All I could think was, "Well done...good PR....you go Peter!" The clothes were ok. Not bad, but not particularly good either. Just a stew of ideas simmering on a rack at Selfridges.
He and his business partner seemed rather sanguine and at the same time optimistic . He'll surely find other backing with all the press he's garnered these last 2 or 3 years. NRDC was a full service shop. They got the stores, the press, took care of the shows, propped up their Wunderkind, and played master shills. Surely, they brokered the Blass gig ( with Anna Wintour's help, no doubt) and stood back and watched the pilgrims come to worship. The scheme was a good one. One minute he was a non-entity. The next he's on every one's lips. Even designing interiors for a boutique hotel. Not bad.

But then the cold light of day must follow the heady intoxicated night. Blass busts and then the economy heads south. All the best layed plans and promises of NRDC move in the very same direction. They must look after their retail concerns: Lord and Taylor and other nondescript businesses and all bets are off.

The one smart thing Peter did in the whole Blass debacle was to hold onto his company. Only he only did that in the most haphazard way. It really was held onto by NRDC, so when they dropped it, they basically let him tumble with it. I'm sure they all had the very best of intentions.

But as we all know, all too well is that Hell is paved with good intentions.
Posted by Fluff Chance at 6:18 PM

amazing. his rise to stratospheric heights a couple of years ago was, well, unusually fast... wonder what your take is on some others out there (i went far back in your archives:)... i LOVE your blog! More people need to read this.