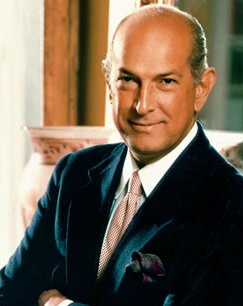 Well it had to happen . The Fashion Firmament is Fuming.
Oscar, Donna and Vera got mad and decided they wouldn't take it anymore. Oscar led the charge complaining that the First Lady should stop playing in the girls dept. and step up to Ladies furnishings. In today's WWD he chastised her choices in costume for meeting the Queen and for wearing J.Crew and "other" designers. It was beneath him to utter the names: Wu,Thakoon ,Narciso,Isabel Junya Watanabe....all the upstart infidels. He said she should be wearing his couture. Donna said the same. She wants to "dress and address" the "whole"Michelle....what does that mean? Vera felt left out as well. She complained that Michelle should give them their just due. After all, they are the leaders, the cool kids on the playground, THE clique.
Think about it . The entitlement they are collectively being denied. Well, I say deal with it. It's been 3 months and they are annoyed that they haven't taken charge. Why do you think the CFDA has bestowed a Fashion Icon award on the First Lady? It's little more than some back room arm twisting to obligate her to start playing by THEIR rules.
Personally, I find it unseemly to voice these opinions. When one as respected as Oscar de la Renta starts complaining when he's no longer the man of the hour, one must question his sense of proportion...his manners. Think it but don't say it. If you insist on being a horn player , don't blow your own horn. Chances are you're either blowing sharp or flat.
This tune is decidedly flat.
Posted by Fluff Chance at 8:29 PM

The titans are trembling - I say let them.
It's time to move over and let the next wave have their moment. Here's my question - Why do the titans of fashion - Ralph, Donna and Calvin see every other young designer as a threat? Have they not made their billions? Why not help - I mean give $$$ to the younger designers trying to make their way. No - that's not how it's going to be - and the CFDA encourages the old guard to remain steadfast, stubborn and selfish.

funny, even the photo you put up is out of place, this is Oscar like what 41 years old. That should tell you enough. Maybe, Michelle does not want to wear the old lead: Oscar, Donna, Ralph, bla, bla, bla. Maybe Michelle wants to stick with the new "cool" kids. The president and Michelle represent "change" and maybe that means the way the dress as well. No? IMHO.

I think they should give her some time, I think she will come to them. maybe when we are in better times... For the longest time Oscar was dressing them, maybe it is time to come down. Everything that goes up, MUST come down. It is some sort of law in science, and I am sure in economics. I heard....

Mr. Emperor, you got potential with your blog. Keep pushing. I read you constantly here and on the "hot for the moment" On the runway.

Fluff...it's brooksie. I gotta read thru your blog a bit, but it looks promising already. If it's OK, I wanna drop you a private email. Let me know here OK?

Funny thing is all these needed was patience. Mrs. O, tho clearly no fashion obsessed woman, is going to get tired of Ikram dictating to her and will want some more polished stuff than these newbies can provide. Oscar, Vera, etc....pretty much wrote themselves out of the running by opening their big traps. It's been less than 3 months she's been in the WH and not long since this Ikram thing started, all they had to do was wait it out.

Just because Oscar dressed a few 1st Ladies seems to make him think he should dress of off them. He still dresses Nancy R and Hillary, so why's he whining?