Pigeon in a black dress. 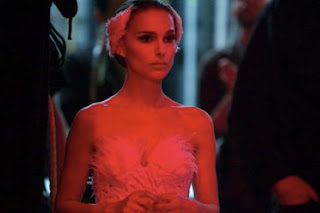 Over the holiday I saw lots of films. After my close encounter with a snow drift I found myself happy to snuggle under the comforter with a good movie, actually several. I watched The Tourist (a trip), The Fighter (a knock out), Tangled (so cute, so blond), True Grit (a feast), Somewhere (nowhere, slow) Downton Abbey (all 7 episodes and I'd do it again...) and Black Swan (Angry Birds minus the suspense). Of them all, Black Swan was probably the least entertaining. Natalie Portman is a great actor and a real beauty which this month's cover of Vogue convincingly illustrates. There were lots of things in the film that were interesting, especially her portrayal of an obsessed ballerina bent on a self destructive perfection. There was something about her guileless innocence I found really affecting that kept me watching waiting for the toe shoe to drop. Eventually, it did and I spent the remainder of the film fluff 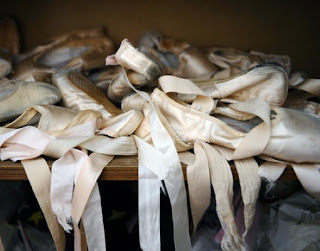 ing my pillow and checking my phone for email. The noise that accompanied this film from the fashion flock extolling the brilliance of Rodarte's costume design did more than spark my curiosity. I sat hungrily waiting to see if they would make cinematic history much the same way 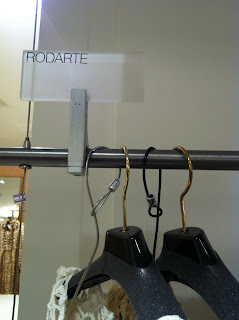 they've scaled the heights of 7th Ave. Unless, they are special effects wizards able to make women sprout wings or grow unsightly feathers that poke through livid flesh their tutus were only just that, tutus with feathers. The only thing that seemed obviously theirs was a lonely hand knitted arm warmer that adorned Natalie's right arm in a scene that came late in the film. All that for one bit of mohair fluff on one arm. Where was the other? I would imagine that they'll be nominated for the Academy Award for best costume design. The King's Speech, True Grit and a host of other films better wa 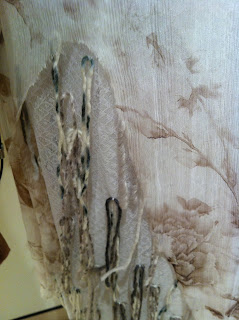 tch out. Just before Christmas I was walking through Bergdorf Goodman for the first time in ages and stumbled onto their area. It consisted of a lonely rack with their name above etched in plexi with a handful of depressing dresses in bits of chiffon, calico and knit all on hangers tethered to the rack with security chains. Each had been lovingly mangled with a heavy hand or a dull scissor, none of them for the better. Right next to them was a roo

m full of Azzedine Alaia without a security chain in sight. I'm still wondering what the store was trying to protect... the unwitting customers or the clothes? Oh, and this last image is NOT from the film, though I wish it was.
Posted by Fluff Chance at 10:30 AM

Boggles my mind when I hear someone didn't get their mind blown by Black Swan. I consider it a uber-stylized horror movie (in the best way). I couldn't stop thinking about it for days after, but I digress. Amy Westcott was the credited costume designer, so an award would go to her. Rodarte only "designed" the ballet costumes, which I agree looked like ballet costumes and nothing more, save for some raw hems. Their knits did make cameos with her scarf she wears throughout the movie and the arm-warmer towards the end.

Where is that last image from, Fluff? it is so beautiful - i must know. Kind of reminds me of a shot that would appear in one of Tarsem Singh's movies....(The Cell, The Fall...etc)

dear Miss Nash,
I found the image on google under "ballet images NYTimes". Many, many beautiful images there and also under NYC Ballet as well.
Eric