Tara Subkoff : Imitation of an Imitation....or The Horse is dead.Put down the baseball bat and just walk away.* 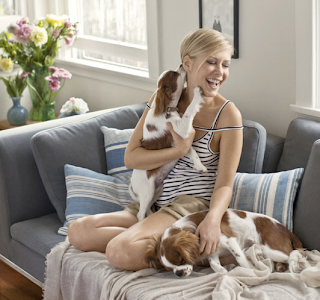 * the title comes from a reader whose comment was so hilarious, I had to include it in the title.

Tara Subkoff plans to resuscitate her dead label Imitation of Christ. Now that it's been gone for some time and she's always been a girl on the crest of the trend, she's chosen to shorten its name , and most likely its concept to just Imitation. That almost sounds like a truthful statement about her design ethos and ability. Imitation is the highest form of flattery and she's a flatterer if nothing else. She's also a narcissist when you consider the flattery is all self directed.
She has recently come back from a rough patch ( that would be an inspired name for the collection) after having suffered a brain tumor. She's also back from the dissolution of her company, all of its support team, the loss of her partner Matt Dunhave and her chief support, cheerleader, and mascot, Chloe Sevigny. Matt moved on and Chloe moved up to becoming a more serious actress and uber-style icon......................... Chloe makes a great renegade wife to a polygamist but a less than awe inspiring fashion plate.

So Tara goes it alone with the gusto that has always been her trade mark. She complains of the work involved, its hours and hours of details and the commitment needed to see it through with a whine. That is the nature of the business. It's not all parties, shows, happenings and interviews. Work often comes into the equation. Subkoff was pretty masterful the first time around keeping the work aspect at bay. That was the first mistake she made. I have a feeling the same thing might happen again, considering that here heyday was before the fall and we're in a very different world now. Characters like Rodarte have picked up her mantle and have shown an ability to ride that bucking donkey. Tara is better suited for the little pony parked in front of Duane Reade or CVS where you put a dime in it and it rocks back and forth. She's never been a worker always a celeb. I can't see her changing her stripes at this late date.

She was doing costumes for dance companies (modern dance...) that consisted of thrift store finds without any alteration or stylistic additions which was her stock in trade. She'd show up with shop worn bits and hand them out and leave. She couldn't be bothered with any of the details like fitting , adjusting, or changing. It was simply just, "Here, bye". I have a close friend in this dance company who is a principal dancer who shared these stories which made me cringe. This sort of behavior is all too familiar from those posers who crave the fashion klieg lights with absolutely no interest or clue about the craft. It's purely a bait and switch game. "Here is something really, really advanced". What nestles in the bottom of the plastic grocery bag turns out to be something really, really tired that cost you really, really alot. She's resting up in sunny California as she plots her return. You can read her story in next month's Harpers Bazaar. The two puppies are rescue dogs a friend gave her. They look like King Charles Spaniels, but something tells me they may be the only thing that's not imitation.
So here comes another player, make way.
Posted by Fluff Chance at 10:45 AM

"Imitation"? ha! it should just be "Oh Christ". the horse is dead, honey. put down the baseball bat and walk away.

ok, i am ready. let's talk about how BAD Project Runway 's finale was.

She is a self involved bitch period. never pays anyone for their work!