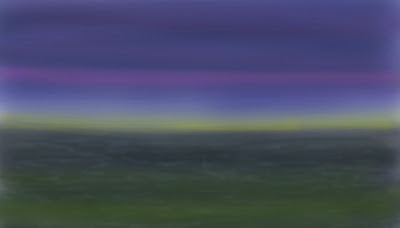 Memorial Day is coming up which means Christmas is only a heartbeat away. We all have to act fast because Summer is just a seasonal name for pre-fall. So you see the problems, be they luxury or plain boring, have officially set in. Here's how I see some of them.

First of all money is scarce. Don't believe what you see on the streets. Just because this girl is in head to toe Calvin or Bottega, I can promise you she picked it up on any number of daily on-line shopping sites like Gilt, Rue La La or Haute Look.com. If she didn't get it there, she probably made the trip by ZipCar to Woodbury Commons and grabbed it from a Luxury discount Purveyor like Prada, MKors, Ralf, Oscar, Dior, you name it. I say more power to her and the same goes for guys who shop the very same sites and can be found at Woodbury having bought some cheap duffel bag on wheels which they cram with goodies from Varvatos to Converse, Prada, G-Star, Barneys, Boss, Brunello Cuccinelli, everything. Dress like a king though you're busting your butt to stay in the pauper class. These cases are by no means the exception, they're the rule. What's worse is to go to Uniqlo downtown and find that the Jil Sander collection, the one cool thing you MIGHT actually be able to afford, is stripped bare. That SUCKS.

How to navigate a city that no longer is yours? New York is now Europe, Asia, Middle and Far East-WEST. Have you noticed the proliferation of guide books and maps in the hands of most everyone you meet? They walk at a slow and distracted pace causing pedestrian pile-ups of epic proprtions. They ask all sorts of charming questions in even more charming accents like, "Excuse me, Can you tell me where The Notorious B-I-G was gunned down? We can't find it in our guide book?" This question, by the way, is came from 6 nuns wearing black Crocs and black fanny packs. I'm still wondering why they singled me out? In my neighborhood, Brooklyn Heights, the tourists are coming by land, bridge and sea. Between the hordes of Jehovah's Witnesses who refuse to say hello ( NOT a luxury problem) to the tired, the hungry, the Germans who have 2 questions: Where is the Brooklyn Bridge and Where is the Truman Capote house? That's an easy one for me, now that I've practiced: "The bridge is right there, that large structure spanning the water.....right above your head." And Truman's house is on the next block, the big yellow house with the For Sale sign that says $18 million. One morning as I rounded my corner where a gigantic structure stands as JW Central (Jehovah's Witness' Holiday Inn...."We'll leave the pamphlets out.....") I saw 2 women struggling with their guide book. I stopped and asked if I might help. Before asking me where to find this or that, they first asked if I was a JW. I said I wasn't and they in turn scowled as though I'd blasphemed. I assured them that it shouldn't be a deal breaker but they dismissed my feeble attempts to help. I think they feared I may sell them into White Slavery. Rent was coming due, so I'd be lying if I didn't give it a moment's consideration.

I walk across the Brooklyn Bridge for fun these days. It's so beautiful; the view, the bridge and all the tourists. There are some mighty fine looking specimens I must say. The people watching is amusing except for the obnoxious ones who refuse to obey the rules of the road. There is a pedestrian lane and a bike lane. 95% of the crowd respects the rules and one subset consistently doesn't. I won't single them out by ethnicity, but it is uncanny the consistency of these particular rule breakers. I have to laugh as they are side swiped by bell ringing cyclists whom they stubbornly ignore. I've watched many a swinging arm get clipped and then the curse and glare that follows, but they stay smack in the middle of the bike lane.

East Hampton where my boyfriend ( I don't like the term partner, I'm old school) and I have a crash pad is rife with Luxury problems. First there's the traffic to and from. Then there are the surly, self entitled crowds. Let's not forget the fact you can't go to the beach and park without shelling out a few hundred bucks for the summer. Forget casually showing up for dinner at most good restaurants like Nick and Toni's or Sen or Donna Karan's daughters new Italian joint in Sag Harbor without a reservation made weeks/months in advance. You have to know who to ask to get that reservation or make them for next summer and be put on a waiting list.

Peace and quiet is possible as long as you avoid the center of town. The only downside is that the woods are alive with the sound of dive bombing dog ticks and deer ticks ( the Lyme disease variety). Deer are everywhere. Bambi and his posse. They're very cute and jump high fences with the most spectacular form. They should be entered in the Hampton Classic and give shoe-ins like Kelly Klein, Mark Badgley and, now, Madonna a run for their ribbons. It just stinks when they leap with perfect form INTO your yard to feast on your plants, trees, flowers and yes, even shingles on the side of some houses that kill their charm. We discovered that peeing outdoors all around the property is not a deterrent. We did come up with an ingenious solution. I say solution but it's probably nothing more than a little night music. We found a CD of coyote, tigers and birds of prey that we play on the outdoor speakers at night, REALLY LOUD. Imagine the sounds of howling wild dogs, monkeys from the Amazon and every sort of weird haunting bird with backdrop sounds of a huge,rushing river just filling the air of the woods. It must freak them out. We get freaked out especially when we forget to turn it off and wake in the night to the sound of a hyena just beyond the bathroom door.

Well, this was longer than I intended and I didn't even get to the stores that line the streets. You would think you were in Vegas at Caesar's Forum of Shops. I thought what happens in Vegas , stays in Vegas. Not so for the towns that make up South and East Hampton. I'll save that circus for another day. Right now I have to decide what I'm going to pack for the weekend. Bathing suits are out because the pool sprung a leak and the pipes have to be replaced, so no swimming. We didn't get a beach pass so the beach is out. Probably some torn up jeans and beat sneakers for replanting in the garden after the deer decimated whole sections. Oh the hell of it all. When did Luxury become such a burden?

*Digital Art by Anton Bronner ( my BF)
Posted by Fluff Chance at 9:50 AM

oh doll, you are sooo lucia (of mapp and lucia natch). scurrying around your little haven, gardening and then sitting with a noble book. au reservoir!

After a day of working at a luxury retailer in the Upper East Side, wherein the streets are packed to the gills with all manner of European and Middle American tourists hogging the centers of our sidewalks, angling every corner for only the crassest displays of American culture they can shove in their pockets, this post offered me some comfort.

Once in a while--not every day, mind you, it helps to kvetch and bitch about life. Dumb-ass tourists crawling around our theme park of a city are fair and worthy game.

I love that you're "old school"!