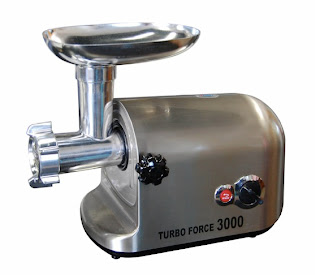 There's an epidemic of model suicides. Suddenly, like a trend that is beyond depressing, a trio of models have attempted or succeeded in ending their lives. No one can know what these women and men were struggling with but the resulting actions suggest something very disturbing. I won't pretend that the job of a fashion model is more hazardous than say, a soldier or Social worker where the weight of the job and the environment in which these people live is fraught with stress and unbelievable hardship, but you have to start looking at Fashion as a form of combat. In some strange way, this world of glamor that models inhabit, if only as manifestations of the good life, takes a dangerous toll.
This business is filled with the insecure and the ego starved, and then there are many that would qualify as ego bulimics. They gorge on attention, throw it up and are starved for more. Models inhabit and function in an artificial environment where they live an objectified and fetishized life. People, designers, editors and schools of pilot fish nibble at them constantly. There's little reality there for many of them to grab onto, especially when the going is good. So what happens when the going is gone? Who is there when they need support, or when they need a good, loud wake up call? How do they cope in a world filled with smoke when they just need a little oxygen? The same can be said for so many others who play different parts in this passionless play.
Just reading that a beautiful young woman , Noemie Lenoir, who'd recently done the LVuitton show and several other "important" collections was discovered before she succeeded in her attempt was very sad. To be at the top of her game, and be mother to a young child with a husband, all seemed to point to a good life. If one is gullible and buys the crap we're fed about what success in fashion means why would one even question it?
Well, there are some sad and lonely people in this world who need more than to be "it" or "hot" or the "top". If humanity could be applied to this fickle business like make up, hair and fabulous clothes, the right agency, PR and photographer, not to mention the right invitations to the right parties with admission to the right VIP section in the right city at the right time, all might be right with the world. I just don't think it was meant to work that way. How many artists, designers and, now, models have to perish before the system that runs this circus wakes up and thinks about slowing down or turning off the meat grinder. When you look closely at it, there is an aspect of the sausage factory about fashion. This machine isn't choosy, it will consume all parts, not just prime beef.
Posted by Fluff Chance at 10:19 PM

And that's why people should stop judging people only on their façades because they really don't know what's going on below the surface. How can a woman not think about the well being of their child is beyond me, but I couldn't fathom the thought of leaving mine at my own hands. I'm sure you've also heard about the accident they Beverly Peele was involved in?

wasn't there talk a few years ago about some kind of model's union or something? these youngsters, many of them literally children, are being expected to organize what is in many ways a free-lance business without much support. the bookers can only do so much with a house full of them (and they're often not so wise themselves). it's sad but not surprising they get overwhelmed and sometimes crumble under the pressure.

Having been a model in Europe and Asia, the pitfalls are huge!! The "glamor"the jet setting, the expectations, not to mention the EGO's,are addictive at best.It's un-regulated and a free for all. It is not difficult to imagine the isolation and desperation one feels in a world of anything goes, literally.I can tell you stories that will make your hair stand up..but that is the kind of stuff the media want's to suppress.There is just too much money on the line for the reality of the fashion world. This is one of the reasons I follow this blog, let the truth be told!

This is a surprise to you, having spent the better part of your life in the industry? I'm surprised there aren't more; certainly, there is rampant substance abuse and other pathologies. But all careers based on artifice have a good deal of wreckage, no? And, I would wager how one survives it depends on how mentally healthy you are in general. Good, sound values are probably scarce.