If not now, then when? 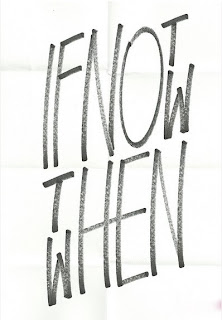 Is it just me or is there a deathly silence enveloping the world of style? I'm looking and listening and all I'm getting is white noise. White noise from a bunch of noisy (white) people. When I was a kid we had a cleaning lady who was supposed to come once a week. Though my mother, who was a school principal and always at school and or at meetings set a weekly schedule, Mrs. Gaudet would come when she felt like it. Often she would appear at odd hours with 3 of her many kids and let them amuse themselves any way they pleased. They'd rifle through the drawers in our bedrooms, tug clothes off of hangers and play dress up, but mostly they liked to go through the refrigerator taking out food and eating it or more often than not hide it in unlikely places throughout the house. I remember coming across sticks of butter melted and rancid on the floor behind the stereo cabinet. Other hiding places were equally mystifying but always creative; in shoes, under beds and sometimes under the covers of beds. I thought those kids were just being annoying. It wasn't until much later it occurred to me they might be hungry and were stashing food to come back and unearth later like squirrels. These feral little boys and girls were my first taste of the grasping, desperate world laying in wait for me. Still we joked that we were forever 'waiting for Gaudet'... I feel the same lately wondering when something of real interest is going to happen in our chosen world of fashion. I swear I've watched the paint dry and now it's beginning to chip and peel away. 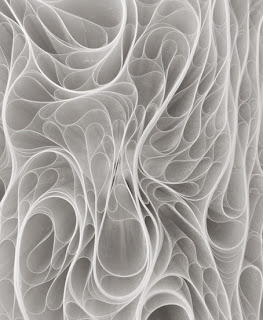 My thoughts drift to Avenue Montaigne and the goings on behind the pearl grey walls of Christian Dior. So much noise came from so many corners demanding the head of Bill Gaytten who did an admirable and masterful job of keeping the balls in the air. It annoyed me to no end that the press was snapping at his face, forget his tail, that he was bringing down the house, was only a lowly pattern maker and damning Dior to a limbo land of Purgatory; not heaven and not quite hell. It annoyed me so much I felt unable to comment, but instead turned my back and walked away. Then Jil Sander did the unspeakable and tossed Raf Simons from his perch and into the butterfly net of Bernard Arnaud. No doubt the new age of Dior under his direction will be an interesting and compelling story. I hope for his sake that the thirsting hordes give him a moment to find his voice amid the cacophony of yammering experts; the elite media to coin a truly idiotic phrase. Personally, I wonder why he would want to go swimming in shark infested waters after having just been bitten. How perfect it would have been for the House that Simons built than setting up house in a still cordoned off crime scene. But what do I know? The irony in all of this is that the numbers are up at Dior during Bill Gaytten's tenure and a glamorous new video "The Secret Garden" has just aired built around his exquisite pre-fall collection. He gets my congratulations and sympathy. It's a thankless world out there. Don't get me wrong, I'm like many of you all goose bumps over the final collection for Sander that Raf created. It was one of the most elegant and moving collections anywhere in a long time. It carries more currency than the cost of doing business in the stultifying world of LVMH. I've always been wary of answered prayers. 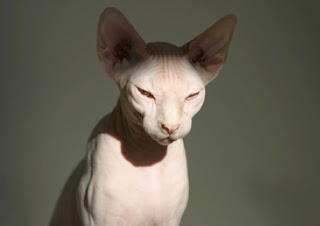 If one looks back on the recent history of Dior there have been some very high moments that pale against the hyperbole of today. Marc Bohan may have been a bit of a snooze after Saint Laurent was dismissed but he took the house into the next phase of its growth and prosperity. Gianfranco Ferre was the revolutionary after the Bohan years of peace and prosperity. That reign was all too short before the scissors were handed to Galliano. After years of collections that not only took us back to a time of extraordinary excess and a recalibration of what the couture can and might become, it all came to a screeching halt. Now we live in a time of heart stopping dullness where no news is the big story. If you care about Linda Evangelista's child support trial, the invitation list of the Costume Institute Ball or Amanda Brooks' plans for her exile in the English countryside, then there's a feast just waiting for you to gorge on. I need something with a little more substance. Someone wake me when the credits roll.

images courtesy of Pinterest...except for my portrait.