Balenciaga: Have at it!!! 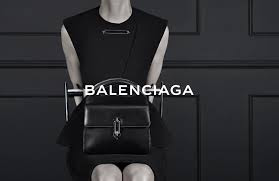 First of all, Hi everybody. How are all of you? Still engaged in the discussion that is fashion? I've been very much distracted of late with the mysteries and magic of plain, old, simple, everybody-can-participate in: Life. For all its dullness and repetition, life seems to hold so many more surprises than fashion. For one, it never ceases to surprise and stimulate one. Fashion doesn't do much of that. Life instructs and even rewards one. Fashion doesn't do much of that. Life has a way of taking one from point A to point Z with a million stops along the way. Fashion appears to do that until you realize it doesn't. It may seem like it's taking you along but in reality it's the train that rarely stops. It doesn't so much pick up passengers as it runs them down, even barrels over them.

The news of Alexander Wang's departure from Balenciaga comes as no surprise. That 3 years have come and gone with 10 collections under his belt is more surprising. The time just flew and to a large degree due to his positive contribution to the house. To my surprise, Wang's Balenciaga was refreshing, respectful and elegant. Contrary to Nicholas Ghesquierre's monotonous, self referential and tepid displays of (dud) pyrotechnics, Wang stepped agilely into the fray giving us a vision both sentimental and forward reaching. His use of the man made with techniques informed by the past, to my mind, was a masterful balancing act worthy of applause. I went into his tenure with little enthusiasm but the surprises kept surprising. Shapes, textures, color and their successful marriage is that near impossible trick so many attempt. Again and again, he succeeded or came that much closer, keeping this watcher on the lookout. Wang made Balenciaga cool. Something Ghesquierre could rarely do, certainly never sustain. I would hazard the same will be Louis Vuitton's fate. 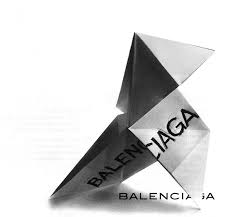 So with the news of his departure, the question is "who's next?" Who cares? In a world obsessed with Khloe, Kendall, Kim, Kylie and Karlie, the lows are so low that the idea of high is just too foreign to imagine. Maybe they (Kering) should just break down and let Kimye, even Caitlyn have at it. Stop fighting that red tide and let the barbarians in. They can't do much worse than Nicholas or Lindsay Lohan or ... Maybe Raf Simons should climb off the back of Dior and go cock up Balenciaga. The fit makes more sense even if Simons makes little sense there or anywhere, for that matter. Watch the film "Dior and I" and you see how limited, soulless and dull are his gifts. It's all about his assistant...... 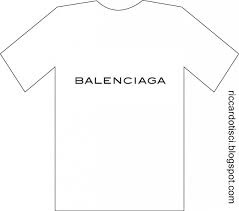 Cecil Beaton's "The Fashion Glass", first published in 1954, reissued by Rizzoli and RIFE with typos, has recently re-landed on book store shelves. This old read is as prescient as if written earlier this month. It should be required reading for any and all. Perspective, that rarest of qualities is exactly what this tome delivers in spades. Perspective is that thing that's been hopelessly skewed, clouded and hijacked by the likes of our most feared of leaders, Mistress Wintour. I fear its a vision permanently changed, forever dimmed. The likes of Edna Woolman Chase, Carmel Snow and eventually, Diana Vreeland are discussed in detail. You never get the sense of their intrusion in the process. You don't worry that they had 3-D printers stashed in their purses for the sole purpose of creating their idea of the perfect designer....One wonders what he would have made of Anna Wintour. Unholy comes to mind. So does unfortunate. Her "involvement" in the process is not so much about the betterment of fashion but a flexing of her muscle. That her favors can be bought is a story too old and tedious to tell. The result of this meddling is what we are faced with today; musical chairs, whereby all the music and the few remaining chairs all are controlled by her. Not much game in that. This shepherdess is leading her flock right over a cliff.

I get it that the times change, that rules change and the needs of people change.  Perhaps editors should be a bit more like presidents. After a few terms, it's not the worst idea to pack up your things and let someone else with some fresh ideas have at it!