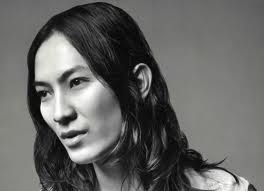 When things go horribly wrong my first instinct is to choke. All I can think to do is to escape or at worst bury myself deep under the covers. This response is good for about 2 or 3 minutes and I invariably man-up and move straight ahead; smack into the oncoming bummer that can be as wrenching as a lost business/career or as truly dreadful as a death in the family, whether blood-related or chosen. Facing tragedy of this sort the reflex to flee is understandable. The fact of the matter is that once it's acknowledged, one is forever changed. There's no going back as the road we were just on has disappeared and whatever route we see in the distance is foreign and unknowable. I hate that uncertainty. I hate when things change, though some changes one knows to be for the best. It's the seemingly random changes with no obvious benefits that leave me uncomfortable and disoriented.

That's what I'm feeling at this moment in front of the fire preparing to cook dinner. I'm removed from the city for the weekend but the news of PPR's appointment of Alexander Wang to direct Balenciaga, creatively, has followed me here. Though I run, I can't hide. Why do I run? In short, it's kind of like when you imagine being in the middle of an earthquake, all you can think of is survival so you seek shelter in the most absurd places. These days feel much like a symbolic quake has befallen the fashion world. A second Golden Age has come to its end. That ending has been coming for the past 10+ years but it's here now. The days of design houses with clear identities, their designers with a developed aesthetic in charge of the image, the product and the direction it would take, this is all in the past now. Most designers don't even sketch any more. It's now about product development, tech packs and stylists. It's all about branding and the brand. The funny thing is that the "brand" has little to do with the product. In fact, the product doesn't have much bearing on the bigger picture. What does have bearing is the buzz. The designer as bad boy( there are almost no girls to be the designer or bad, for that matter...) the bag as "IT", the show as spectacle and the hyperbole surrounding the proceedings parade as fact.

If you can get past the fireworks of the show, hang onto the thread of reviews, resulting ad campaigns to the day the clothes land on the selling floor, you'll likely see something that vaguely resembles the initial presentation minus the Greek chorus telling you how game changing these clothes are. They're far from that. Other than some banal shopping bag stuffers, the bulk of what you'll find are a few over the top runway pieces priced to be borrowed and a slew of bits and pieces (bags, etc). Its those bits that you'll see on the street, the all important street, that birthplace and graveyard of all great design... Almost nothing else. The only thing that matters is the buzz on the street and all the crap that gets watered down and shoveled into the gaping maw of the masses. That stroll down the "street" is a grim march. And that's how I view the appointment of Alexander Wang to Balenciaga. A 29 year old club kid is not an Yves Saint Laurent who took the reins at Dior at the age of 21. Neither was Ghesqiuere. In 15 years Ghesquiere was little more an influential designer than when he started. Sure there were some great bags and shades that hit the marketplace, even a few pairs of shoes. Other than a few isolated seasons with compelling clothes and shapes, though they never hit that all important "street" unless you count the smoking area in front of Conde' Nast or the Miracle Meter that sits smack in front of MBFW entrance at Lincoln Center. There were unusual fabrics employed that were more about research and development than fashion. What did appear on his watch were for the most part aggressively de-feminizing clothes that said much more about him than it did the women he was hired to dress. I don't count editors as women, more as devices. They were all too happy to emasculate themselves in those harsh, unappetizing clothes.

The one shred of hope I have is the fact that the spring 2013 collection by Wang was lyrical, technically challenging and sophisticated. Gone were the banal T-shirts, leggings, and dumb uniform we associate with redundant models and their faceless, fleshless figures. The cantilevered dresses, jackets and cool graphics played off of clothes dissected and hanging together by his force of will were a leap above and away from his compatriots. Altuzzara, Gurung, Proenza Schouler and a herd of other post grads with little identity beyond party pics and capsule collections with Target, H&M and Kohl's, didn't come close to his effort. Perhaps, there is something there that is being forced like a hothouse bloom. We'll just have to wait and see. Some critics dislike him for "trying too hard". I would say the opposite. None of these guys try hard enough. They're satisfied with a few editors, stylists, fashion directors and the model of the moment with one hand down their pants and the other reaching for clothes off the rack. Knighthood by the likes of Princess Diane von Furstenberg and Ms. Wintour is enough validation for most. The client, the actual woman who buys and wears, is left somewhere out in the cold.

Many people think that Wang's appointment has everything to do with the emerging Chinese market. There's probably a fair amount of truth in that considering Mr. Pinault's statements to the contrary. (He protests too much.) I loved the statement regarding Wang's visit to the Balenciaga archives to soak up the mood of the house and sink his teeth into its DNA. He was reported to have "wanted to spend the night" there, it was all so fascinating. I guess there wasn't time as he was reported to be on the party circuit the following night in NYC... At the risk of sounding like a meannie, I hope that he makes a bolder statement than Hedi Slimane and a more inspired effort than Raf Simons. The short game is the new long shot, but, hey... this is the new game with new rules.