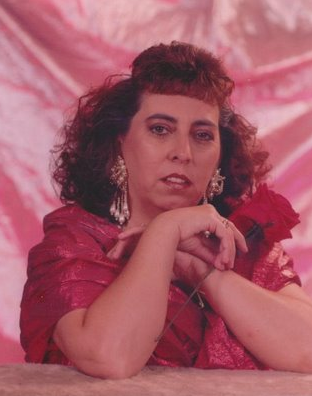 Summer's here. The longest day has come and gone and all is wet, grey and grim in NYC, the fashion capital of the world, as we once knew it. The new guard is safely immune to the next elimination round. The power base has shifted and we can all rest easy that a new day has come.
That said, I have a deep and abiding apprehension of what waits around the corner. The standard that is now set by the likes of Rodarte,( no offense Anjo) Alexander Wang, Proenza Schouler, Marc Jacobs and others too obscure to mention make me feel the film was switched when I came back from the rest room. It started out as a clever , elegant comedy . There were some interesting and amusing characters and then suddenly it was another sequel of SAW. Blood, guts, unspeakably bad taste , no taste and a whole lot of screaming. Don't get me wrong , I love a bad movie that's good , but I don't like trash . The screen is crowded with a lot of trash .
I wonder what the shows will bring. Some great collections I'm sure. This recent award ceremony will likely inspire some of the newly knighted to raise their game, and that's going to be a good thing. Others will scramble to try to prove they are all that and more, which is usually a fatal path to tread. The old guard will hopefully come through with masterful collections proving that the praise belongs on their shoulders. They are the Outliers. They've done their time on 7th Ave. and have their acts together. There is still lots to be gained and brought to the table by their experience.
I think about the names which have taken a back seat of late. Names that commanded so much attention. What happened to Zac Posen? Really? Where did he go? Did Diddy do a dirty and Dis inherit him? Or did he have some untoward experience that has been muffled and stashed away by the press. And Marchesa? Is Mrs. Weinstein too busy to work? One would have expected Harvey to strong arm an award nomination for his bride. She's got a company that is every bit as good or better than Jason Wu. Where is Thom Browne? Let's be glad that that question can remain unanswered for the moment. Beyonce and the House of Dereon? JayZ certainly has the heft to force her down the public's throats....what's up with dat? Phat Baby....what happened to the mother of Fabulosity? Don't answer that, another blessing in disguise.
So there is a lot to ponder. I think the shows will be made up of competing contestants from the Fashion Show , Project Runway, the hosts like Isaac , Fern Mallis( yes I hear she's doing a collection....NOT) and Kelly Rowland's, The House of Butterick. I can't wait. The best thing is I won't be doing one and can sit back and enjoy the cavalcade of stars.
Posted by Fluff Chance at 9:24 AM

Well said! Your observations are dead on!

I wish some fashion insider could tell me why Beyonce, Sean Combs and Kimora Lee represent black American fashion designers if one is to judge by the media attention they receive. Meanwhile, other black designers who have formal fashion training at schools and in the very best European houses are utterly ignored. Even handsome, young Patrick Robinson is ignored after the initial attention that his wife must have arranged. If Michelle Obama can't help rectify this, maybe Oprah??

I think your posts are refreshing and funny. Although I don't always agree with everything you write - I will admit you make me think - and for that I'm forever grateful.
Keep writing -
Best,
xo
Daniel Silver
DUCKIE BROWN

As long as I'm allowed my flights of youthful bad taste, I don't mind what you say about Rodarte :P When it comes from you it's as an honest critique, unlike Horyn. Anjo