Who or what is Daphne Guinness ? 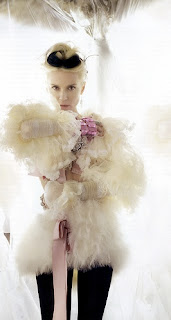 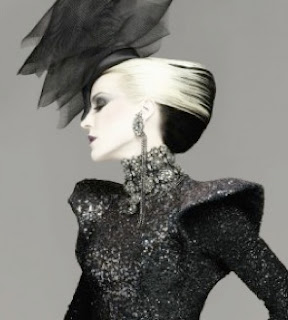 How many of you ask that question? Am I the only one who doesn't quite get it? Not that it's any sort of joke or trick question, but what exactly is it? Fashion always has its patron saints. There was Wallis, Mona Bismarck, Babe Paley, Nan Kempner, Jacqueline, Anna Piaggi, Isabella Blow and lesser nuns who lived and died for the sake of fashion and for us, its pilgrims. These girls gave it their all. Some gracefully and others less so. All in all, they devoted their every moment on this earth to fashion, to style. Maybe it's the times we live in where everything is racing, racing to some unknown end. With that acceleration comes shortened nerves and shortened attention spans.
Fast is the operative word. Fast fashion and even faster trendsetters. Then there is Daphne, the tiny, turbo-charged tornado, the fastest fashion 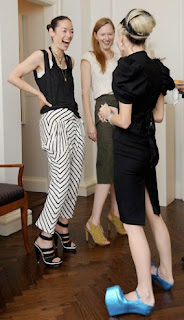 flack in the North, South, East and West. I don't think anyone has ever gobbled up the trends and spit them out any faster than this girl. She may have been an offshore weather disturbance a couple of years ago, content to be Mrs. Spyros Niarchos. Suddenly, the 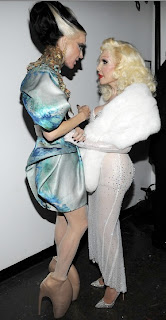 re was a shift in the wind patterns and this little gale force breeze developed into a Hurricane strength, Haute Hellion. In her wake are the splintered remains of every important collection, opening, party and funeral. No venue or event of cultural impo rtance has been left standing without signs of her path. Debris, quel Debris!
On the one hand, I must stand back and applaud her incredible energy, focus and passion. Daphne has given a new definition to the word possessed. If fashion needed one cheer leader to keep the home team energized and in the winner's circle it would be she. Her embrace of all things avant is fearless and stunning to behold. There are hordes of the fashion obsessed who must see her as messi 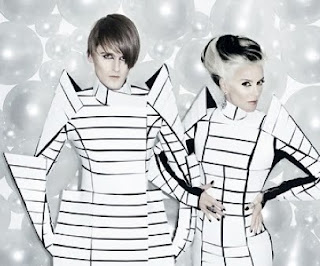 anic, a veritable force of biblical proportions. No one does it sooner, bigger, grander or more outrageously than Le Daphne. A divorce settlement of 20 million pound 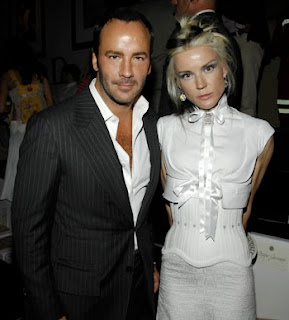 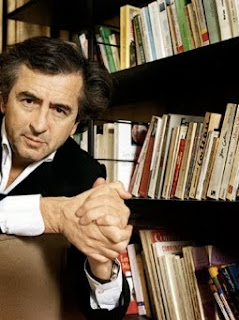 at's up with all this manic drive? When did fashion, or more specifically, a dress or shoe become someone's raison d'etre.
I wasn't particularly interested in her until she started showing up for the openings of paper bags all over the world almost daily. The hair, the blinding style choices, her way of appearing in public a 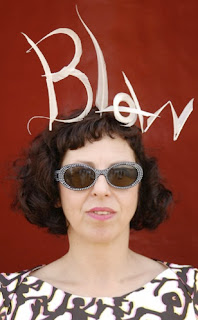 nd in print in the most over the top get ups all screamed, "Over here! Over here!" She was BFF's with Isabella Blow, Alexander McQueen( she refers to him as Lee....they were that close) FWB's with french pseudo-philosopher Bernard-Henri Levy and the patroness of every couture house from here to Avenue Montaigne.
Bells went off when my plans to attend the Christie's auction of "Issie's" personal effects were scuttled. There was a particular Philip Treacy designed litter box I HAD to have and Le Daph decided that she couldn't let the "hoi poloi" (pas moi) get their unannointed paws on these treasures. After consulting all 270,000 of her FB a 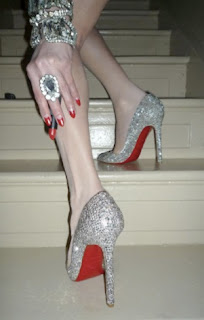 nd Twitter friends, she was advised to purchase the estate in full and keep it safe for Issie's memory. This was a huge gesture of generosity, but one I still find disingenuous, even self-aggrandizing. Perhaps, Issie would be alive today had her financial woes and depression not gotten the better of her fragile sense of self. She cried for help to more than just McQueen. Daphne was on th 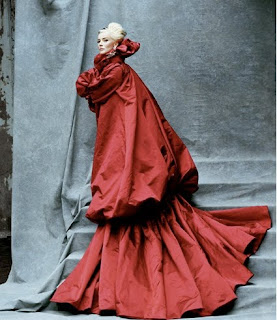 at conference call as well. The ex-wife of Greece's largest shipping magnate and an heiress to the Guinness Brewery fortune didn't appear to do very much to help one of her best friends. I'm sure there are 6 sides to this story, but in the end she was more than willing to take possession of Isabella's personal effects. It 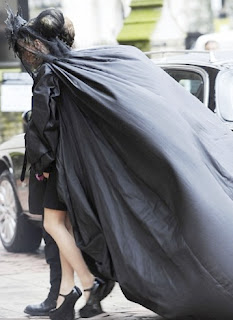 looked a bit like she'd rather save the clothes. I know that sounds heartless and mean. Maybe it is. Maybe she is. The image of her in billowing mourning couture at McQueen's funeral is a perfect example of erring on the side of humility. More than likely, she's nothing more than another confused person just trying to find love and admiration in all the wrong magazines, newspapers, front rows, blogs, VIP sections and watering holes.
Opinions are just that; the thoughts of others, and usually have little to do with the person being discussed. I could be totally off base and take responsibility for that. Gossip is so outre, and this is a mix of that and other ingredients. 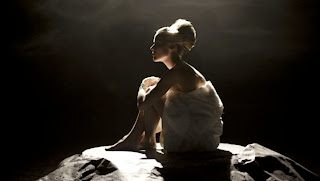 Sorry, mean it.
Her 3 kids who range in age from 21 to 15 are no longer babies. As a bride at 19, she did her mommying early and is free to indulge her interests. Still, they must be content to spend quality time with Mummy through the pages of rags and mags. That's unfortunate. It's not the same as being there, but in the case of Le Daph, that's life in the dressing room.
I've spotted her around town with a strikingly outrageous black man, her male alter ego. I believe he's called Martin. Together they make an amazing visual statement. It's a floor show of the loudest order. If it weren't fashion no 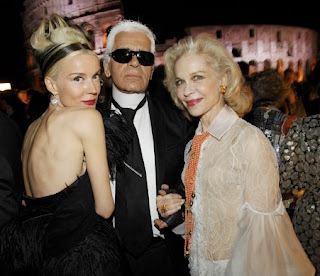 one would pay any attention.
I love this last picture of Daphne with Lynn Wyatt and Lagerfeld; the original with the sequel. Sequels rarely entertain like the original version. They tend to be club footed in comparison.
Le Daph appears to be a skunk haired, pint sized, line backer shouldered, malnourished, champagne swilling, ambitious little Heiress. "Last Empresses for $1000.00, Alex?".
Posted by Fluff Chance at 7:53 PM

You can't save someone else from herself. Isabella Blow was bent on self-destruction. She kept at it till she succeeded. Friends and family can give their all to help a suicidal person but fail. If they could will a person to have mental health, of course they would, but it can't necessarily be done. Trust me, I've tried and I've seen others try, and there are people who are so sick that even as you're pleading, "Don't do it!" they do it. Even people in the mental health profession can't always save someone. No one should be assigned any blame in Isabella Blow's death by observers who don't know what went on behind closed doors.

Dear Wendy,
That's absolutely true. I've lived through that very situation in my family. It's something that's stayed with me my whole adult life and I still am racked with anger and feelings of responsibility for something I could not change. I was unfair to make others responsible for Isabella Blow's happiness or survival.Forgive my heavy handedness.
Fluff

I'm glad there are still some real "fashionistas" out there that don't rely on "stylists" to dress them... glad to see that she wears what she wants, not what some corporate sponsor is trying to push for free press....

I love that she bought the entire Blow collection because it will probably end up in a museum someday, and it is an important link in the history of fashion.

She looks like a hybridization of Victoria Beckham and Lady GaGa.

what is this...? or don't I get it? http://scalaregia.blogspot.com/

Ulla,
That is what I would call cut-rate fabulosity.....

fluff,
you are being bitter due to the fact that FIT's newest show is my wardrobe?
tsk,tsk... no need to react so painfully.
with democratization of certain brands certain consumers have established the need to distinguish themselves from the masses. i AM the ultimate consumer. surely, i wasn't able to save some. but i am doing something.
p.s. come marvel at my wardrobe.

If DG is in fact her Daphtness, that's a very interesting response. She is "the ultimate consumer." Um, hurray? And she is "doing something." By which she means? Consuming - and making a spectacle of herself.

There's nothing wrong with consumption, and I'm all for putting on a show. But it's also worth taking a critical look at both these things, which I think is what Fluff intended.

Being critical is what we can do in between ACTUALLY doing something. Criticism in this case does not seem very politically correct of Fluff (which is why, I suspect, he chose to remain quiet.) But then i also have been known to wear what used to be a creature (or two...) Oh well, carry on, Scratter Kitty, and my invitation is still open.

In order for criticism to have any value, it should not be politically correct. Personally, I don't see Ms. Guinness as a stylish woman but maybe she is just making some kind of existential statement. I am puzzled by the attention that is given to ladies like Ms. Guinness and Ms. Russo. Its a jaded view of fashion - not like some of the other women you mentioned here- Wallis, Jackie or Babe.

Just thinking how special it is and caring not very much for the reason. Ahandful of Ana Piaggis wardrobe went for auction at Christie's (illustrations by Karl Lagerfeld) and while now it seems eclectic, it was a wardrobe of eccentricity and creativity and what a collection it would be. The same with Lynn Wyatt and again for whatever reason. In some ways the great collectors that are sharing the stories along with the clothes are like cave dwellers doing those drawings on the well. It tells everything from excess to loss, to refinement and vulgarity.

The museums, alas and alack, often don't have access and put together clumsy renditions of what was once everything to someone.

Glad Ms. Blow's collection is intact and sad sad sad that we lack the knowledge to help anyone committed to the impulse of self destruction.

For me it's about the clothes, the designer and samples are worn and shattered by editors, not kept in pristine glamorous condition.

Very nice blog,Great combination with beautiful pics . I have not words to say about it ........

It's beautiful, I love it and if you have more blogs plz provide link of these....

Love it!! And great Blog by the way,nicely written. Keep up!

Art needs Patrons. Yeah you can buy work and hang it on your wall, hide it in a safe or wear it on your back.

Fashion designers court people like (cos there are many) DG because of the prestige they bring the house... not only isDG seen at events, she's seen with the 'right people' promoting causes that make columns not only in Fash mags, but in the wider media.

... and why shouldn't she preserve the fabled Blow collection, surely more historically interesting to keep together than split and destroy,

Her hair is far too reminiscent of Cruella-de-Ville; it is not flattering.

I adore Daphne Guiness and appreciate the fact that she acutally buys and commissions the pieces she wears. Most of these designers stack the front row with womens who dont buy a thing. Here is a women who is actuially spending $. With regards to the black man she is seen around town with, surely you are referring to Malcolm Harris. He is the founder of the One Dress project which connects sorporate sposorships and individual philathropist to a host of womens charity causes throughout Africa. He is another genuinely beautiful soul in a sea of fashion vapidness.