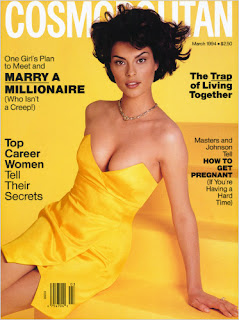 She awed me as a kid, helped me immeasurably as a new designer on the scene and astounded me  in her final years. That spirit she showed in the late 60's, 70's and to the present never flagged for a moment. The world was her oyster and we all were her Pussy Cats. She was a great Lady and a hell of a Gal.
Posted by Fluff Chance at 10:27 PM

And what a contrast between HGB and the trolls in your last post!

Fluff, your social observations and commentary are priceless. Thank you for sharing this memory.