Dior up. Designer down. 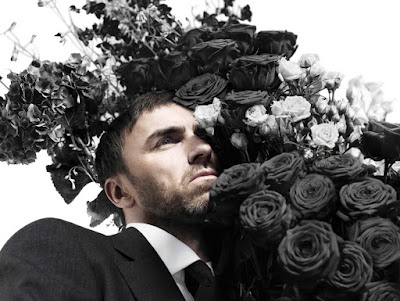 We all know by now that Raf Simons has sent in his letter of resignation. Another visionary sees black and we get an earful of white noise. Reading the accounts in the press leads one to believe that the couture crown is just too heavy for all but the most buff among us. Alexander Wang is just too lean. Galliano, too fragile. And now Simons is perhaps too sensitive, too distracted to continue. I'm ok with it. I won't say I'm happy, delighted, thrilled or even vaguely amused by the turn of events. As much as his work leaves me cold, even irritated, I don't wish him ill. To make it to the top of one's field is an accomplishment worthy of respect; not something to be taken lightly. In this case, my feeling from the beginning was one of skepticism. Sure, Simons did great things at Jil Sander but Jil Sander isn't Christian Dior.

Having spent the last 30 years in this business, having started my career in Paris and watching the action up close, the houses of Dior, like Givenchy, YSL, Chanel, Ungaro, and Valentino,  were almost sacred. What came from them was taken by the world as near holy writ. The authority of these design houses were beyond challenge. To work at one of these houses was considered a gift from the Gods, one taken on like the royal families of Europe; it was an ordination that one carried until the end. That end was decided by the fates. Meanwhile, you did your best for the glory of the house. Like the many "petit mains" upstairs toiling in the ateliers, one worked selflessly to that glorious end. At Givenchy, Monsieur was the ultimate team leader. His success was in large part due to the master technicians who realized his dreams; even realizing them in ways that exceeded the beauty of his initial dream. I sat a few feet from Monsieur's desk and often stood over him as he sketched. (sounds far fetched, but true. He was a patient man with the likes of me, a recently college graduated apprentice, invading his studio) In the fittings that followed I saw more than once the original sketch was improved upon by the most capable technical hands in the world. The respect for the métier superseded other more self aggrandizing motivations. As much as it could be a team, at that time it was like an extremely well tuned team working as one. That included the models and stylists. Well that quaint idea is history. It's a free for all now.

At the risk of sounding hopelessly lost to the past, it's exactly that PAST (the Paris days and the NYC decades that followed) and many other experiences which inform my opinions today. Upon hearing of Simons' hire my first thought was why? How could someone who's aesthetic was antithetical to the Dior oeuvre be considered relevant? In simple terms, there was little romance evident in his approach. If you could characterize Dior in the simplest terms it was a very romantic way of dressing. And not just due to Galliano, but historically starting with Christian Dior to Yves Saint Laurent to Marc Bohan and on through the glorious tenure of Gianfranco Ferre to Galliano. Each of those designers added layers of mystery to the house's history that only enhanced the original mission statement of the master. With Simons it felt like the opposite. Other than his penchant for flower arranging on grand scale, the work was more about peeling away to the point of no return(s). The couture was no more or less interesting than the RTW with the same dead eyed girls marching to a beat only he could hear.

So with the benefit of a week's reflection, Simons looks like a man released from a velvet prison. Or perhaps he's feeling sympathetic pains of the mass exodus of men, women and children from the Middle East and chose to save himself; an innocent swimming to a safe harbor. And then maybe he just wasn't the right fit for a behemoth that no longer can even fit in front of a mirror, let alone take it's own measure.......
Posted by Fluff Chance at 4:46 PM

THANK YOU....Having left my home city(Paris) and returning stateside to continue working, I find here the metiers involved in bringing a design to life is not respected but a farce, put on by many designers to give themselves a "plating" of sorts of being a Couturier running an atelier...severely disappointed now...