Alber Elbaz and the neutering of Lanvin 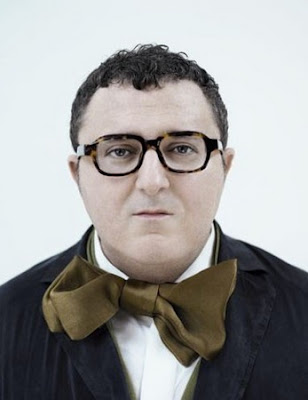 * this was stuck in draft phase and then i decided to tie it up and send it on. forgive the old news-ness of it, but it still rankles, maybe for you too....

what can i say? everybody else has said it already. the firing of Alber Elbaz came as a surprise. to me anyway. hadn't he just been given a big deal award at someplace in nyc just a couple of weeks ago after having shown his Lanvin collection to rave reviews a week or so before that?  wasn't the world feeling nothing but love for the designer considered by many to have the biggest heart and one of the greatest talents for keeping the world guessing and wanting? hadn't he turned around the oldest remaining french house of fashion from a sleeping beauty to a lively robust force? he of the exposed zipper, artlessly tugged, twisted and tacked cocktail dress. the chunky, naive jewels that celebrated humor, caprice and iffy taste. the jersey dresses in moody color combinations, draped, and held in check with unexpected leather leashes. inverted seams, raw edges, the dressmakers version of dangling participles. 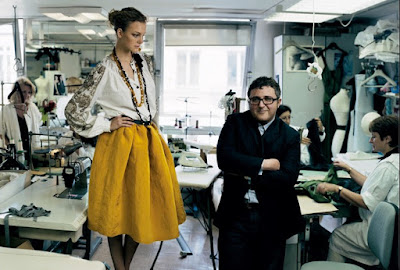 those are just a few of the things that made Lanvin special. the other thing was a sense that the message came through loud and clear. a message that didn't so much change as become deeper and more emphatic and consequently more clear. clarity in fashion is in short supply and when you find it you absorb it. think chanel, rick owens, Ralph Rucci. crystal clarity. in a sea of murk with sand falling away under foot it's refreshing to witness a designer who can string together ideas, moods and propositions that go further than from just A to B. Alber is one of the rare few who does. though i am guessing, i'd say he looks like the consummate team captain. in the press he appears almost without ego and self deprecating to a fault (that humility and sad clown Pagliacci-ishness got old, but whatevs...) which in itself is novel, even rare. so with all the years he invested, the popularity of the brand, his 10% ownership stake, and the presses' support and the publi'c's embrace it seems such a waste. but all is waste now. the throwaway generation where the next idea is tossed aside for another and another til the idea of ideas is no longer the idea. now just shake, bake and fake. 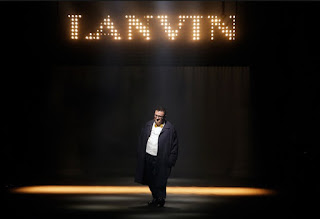 i started this months ago and then stopped in disgust. now it seems there's a storm in the courts between Elbaz and the company's owner. certainly, he'll be fine and land again on his feet. it could be dior or saint laurent, again, or perhaps his own eponymous label. either way, the system has broken and we have people like anna wintour and her ilk to blame. as they say," a fish rots from the head down.