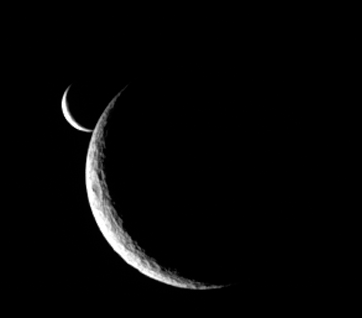 There's the tiniest sliver of a new moon in the sky tonight. A record warm late summer weekend in April. What a pleasant and unexpected surprise. There seem to be other unexpected surprises occurring as well.
After a rather storm tossed week this kitten landed on dry land. The roller coaster of fashion, what it was, is and could be seem to keep so many of us off balance. But perhaps that is best and the definition of fashion , which is in itself a mutable and ever shifting form. Trying to nail it down, proclaim this mood or trend or designer the One, the Leader is just an exercise in nonsense. Like mercury , it never sits still long enough to grab a hold.
I went to an event at Bottega Veneta last week and was expecting to see the never before seen. I went ,I saw and then went for a great meal. What had staggered me the last 2 seasons was still evident, but there was a degree of leveling off. This is not to say that I saw a collection, vast and inspired, but neither was it earth shattering. It was beautiful . I met Thomas Maier, and expected a humble savant. A genius who would somehow appear remote and introverted. What I saw and who I met was much more an urbane, very German dandy. So there you have it....one never knows. You can't and shouldn't ever try to pin anything or anyone down. They will never be what you expect. I'm glad of it, though it popped the balloon of my preconceived notion.
This new moon is the harbinger of big and small changes to come. Alchemy is the magic , the science that is the thing of fashion, the essence of life. To add 1 and 1 and make 10. This is something I believe and live by.
This is the first of a short series of thoughts I will expand on. But for now it's a new moon, a reason to celebrate and to create hope. All will be well. All will be better than it once was.
Posted by Fluff Chance at 8:48 PM

Were you looking at Spring Bottega or a Fall preview? I was less blown away by Spring this year (according to the catalogue--I haven't been to a BV store this year yet), but that just means I could order 5 dresses instead of the normal 10 I want from the collection. In reality, I usually make do with 1-2 every fall since they are pretty costly.

Well, tomorrow's going to be another steamer, at least here in Boston where I have decamped for the summer. Your post is certainly cryptic, so I'm looking forward to more!