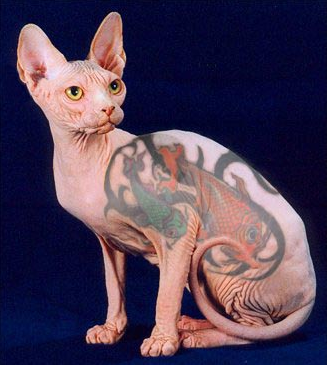 Some of my closest friends( who double as my harshest critics) say my posts are too long. I guess they are at times. I've been accused by my mate as being very "Chatty". It's become a joke, but I fear it's true. On a press junket I was scheduled to be interviewed by 8 publications in one 5 hour stretch. As horrified as I was at the prospect,having just landed 2 hours before this gluttonous press feast was to begin, I rose to the occasion and just started chatting. My hosts/handlers constantly had to yell cut and drag in the next journalist or t.v. crew to grab their pound of flesh. Next thing I knew , my mate had spread it around the suite that yes in fact I was "chatty" and would gleefully go on forever without a choke collar to bring me to heel.When I like something or someone , I enjoy talking. Otherwise, I'm shy.

So quickly, I wanted to say that stuff is happening in town at the speed of light.

Henri Bendel's is closing it's Fashion departments. Anne Watson , it's fashion director is going to have to figure out a new title. We had a great visit a year ago at some function that escapes me and talked almost 2 hours without pause. Whatever it was we discussed also escapes me, but she's a great gal. I got the distinct impression she enjoys a good chat.

Dolce and Gabbana are headed for a tumble. I said this at least 6 months ago and a few notable blogs like Business of Fashion and that heinous spamometer Fashionista took me to task over such a falsehood. Mark my words, the clock is ticking VERY loudly. All retail/wholesale operations in America are going to come to a close. The Director of marketing in North America, Mr. Taub is out and no one is replacing him. Italy , the home base is in for it as well. All is not right in that grand house of cards. Though the press is trumpeting the unveiling of the new fragrances , which will be a lucrative market, it doesn't erase or explain the fact that the collections will cease to be distributed in the U.S. I won't chatter on, just remember I called this spade a spade.

Michelle Obama needs to get wise to the fact that there is little or no color in her wardrobe and Ikram is one likely culprit. Last week she wore a dress by a little known designer who showed the collection on all black models. Well, just because black girls wore it doesn't make it the work of a a black designer. Desiree Rogers, her social secretary is too busy trying to get her mug on a mag cover in Oscar de la NO NO , to do the job at hand. Give some helpful and needed advice to your boss and stop trying to be Leticia Baldridge. She was self effacing and an extremely professional Social secretary. In fact, Leticia did little or no horn blowing until after the Kennedy White
House years. Desiree is too much self and way too much face. Maybe that's what she studied at Harvard Business School.... This whole Michelle wearing the clothes of Black designers is a bit tired , but the fact that she's consistently NOT wearing them begs the question....What's up with that?

I'm not one to gossip, so you didn't hear it from me!
Posted by Fluff Chance at 5:37 PM

It seems like a dozen years ago, but I remember Michelle Obama wearing quite a bit of color during the campaign. But you're right about the dark clothes since the election.

I hope it's good news that Tiffany has bought Lambertson T.. Haven't been too thrilled with Cartier's leather goods, but Tiffany has chosen a talented partner.

I wouldn't say your posts are too long, but I would venture that you need to post more regularly. Keep up the good work!

thanks Anonymous,
I'll try to be more regular. life gets in the way at times. My point re. Michelle is that she should consider wearing the fashion of black designers . There seems to be a disconnect there and it bugs me. Fluff

A few weeks ago I put a brief comment on the Times' OTR suggesting that Michelle ought to feature the work of some black designers. One other person mentioned the same thing before I did, but otherwise, no comments. There's one established black designer in particular who came to mind whose fluid clothing would be beautiful on her, with her height and athletic bearing. I'm not sure why the full-skirt silhouette is suddenly so big with her, but it's less flattering than some other styles she could and does carry off well.

Dear Anonymous #2, I'm curious as to who this designer is whom you have in mind for Michelle. Let me know if you care to. You can always send it to my email: organzavoid@gmail.com
Thanks for the thoughtful comment.
Fluff

Hi Fluff,
I'd like to see Stephen Burrows dress Michelle Obama, on the strength of his nimbleness and facility with varying styles, and his expressive work with color.

Oh, and thanks for clarifying the color issue, Fluff! Statistician=not always quick on the fashion irony pick-up!