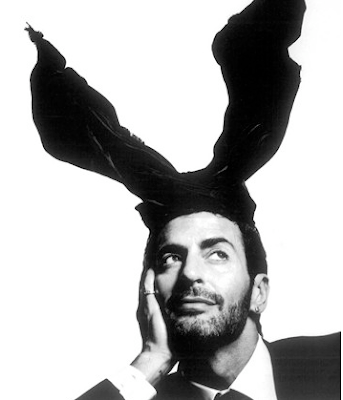 congratulations to the winners. it's a rags to royalty ascension for rodarte. they have come a long way, only the looks are the same only now with fancy styling.there should be a stylist of the year award, for they are the ones that give credibility to collections which on their own would be a bunch of pieces held together with thread and wires. i just don't see the brilliance or strength that such prestigious recognition implies by the most coveted of awards to the fashion community.alexander wang just flies right over my head or past it. it's the most flagrant , grandiose mediocrity. but hey, i'm just a sightless viewer. that is not to say he hasn't created some lovely things but it's a handful of bits not a body of work that says wow. the press must be nourished by specks of dust. proenza scouler is yet another example of burgeoning talent, but the accent is on burgeoning. to show accessories for a couple of seasons which have not shown their popularity or saleability or even a following of any size begs the question, what's up? it's a beauty pageant. the rest of them, marc jacobs, ralph as mr. poularity , well so what. smugness is the new substitute for humility and grace. i just don't see the point of it all .it's not a love fest i can appreciate. i'm just a bit of a sour puss cat, but i would wager that i speak for some who come away from this display as one of insipid political manipulation. it used to be a night of glamor and excitement. now it's just another night.
Posted by Fluff Chance at 7:29 PM

In times like these, CFDA chooses to honor those most able to weather the economic storm--Ralph Lauren, Marc Jacobs. Didn't even PS just get a nice injection of cash? This creates zero excitement outside the industry; I can hear the snores from insiders. There are others more deserving of lifetime awards than costume and ye olde English country house copier/designer Ralph Lauren.

Fluff, you are absolutely bang on about the successful styling of Rodarte rags. Loved the high pale boots shown with the mini dresses last time around, but my focus was definitely more on getting a pair of those boots than on where I could possibly find Rodarte in the cities where I live (one midwest, one NE). By the way, loved the comment from someone at OTR who implied you really REALLY need to see Rodarte stuff in person before parting with your money. Don't judge a dress by its photo, in other words. I still haven't seen a single piece in person.

As for PS's accessories, I recoiled at the ugliness of the shoes when I saw them at Saks this spring. Can't even recall the handbags or belts.

Eric, you rock!! Stylist's are not given any credit in the shows it's a big NO NO! But without them the shows would be a complete snorefest. I am in total agreement with you about Alexander Wang...Wank would be so much more appropriate. Marc J is looking alot like John G after the weight loss...Liz collins a great knitter did the whole Rodarte thing 10 years ago. Being a visionary can be lonely and not very lucrative. Ditto in regards to Ric Owens...a taste I will never find palatable, fashion that tries so hard to be edgy is so obvious. Best of luck in all your future endeavors...I always thought erroneously that good work would be rewarded...not now not anymore.