How many lives does a cat have? 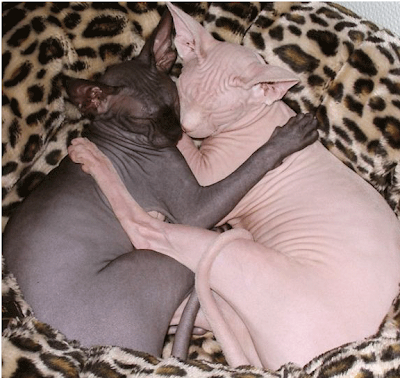 Over so many years this cat has done one thing and one thing only: design. Granted, it's taken different forms but the essence has been consistently the same. From a fledgling kitty with 1 good idea to a full grown force with multiple collections yearly. From cutting out pieces on the kitchen table to a staff of 8. With accounts in some of the greatest stores in this town and cities across the country. This is only to say, I've had a career and made my mark. My success has always been more critical than financial, but I've been able to do as I please and live a life I only dreamed so long ago.
There have been ups and downs throughout, some more dramatic , others just benign. Through each shift my resolve never wavered. I have been an optimist in the most dire circumstances. I just never considered anything in life or business that might be big enough to blow my little house down. But the whole idea of one's house being blown down is a bit of a cop out. That's putting the blame on outside forces and not a decision made from within. Houses of this sort tend to implode.
In the recent months it seems like business slowed to a halt. A marked drop in client traffic coupled with stores cutting back budgets created a malaise that developed into a form of paralysis. Quite rapidly, life as I once knew it was altered. Off days outnumbered on days. A sense of earth slipping out from under me was becoming a constant. Optimism started to erode and a cloud of frustration and anger took it's place. I still wouldn't let myself think that things could end, that the house might come down around me. The election of President Obama was a balm for a brief moment, though I'm a realist and know that these circumstances which affect us all won't change overnight. I did hope that there would be a more rapid return to activity in the marketplace. That was wishful thinking.
Though I took a hard look at the situation at Christmas I backed away from taking THE STEP.
I just wasn't emotionally ready I guess. Too much of my identity(secret identity)was tied up in the identity of the collection. It had been that way for so long , I just couldn't separate myself without feeling like I was cutting out my own heart . Fortunately, I've gotten past that and now am able to distinguish me from it. If the company ceases to exist in it's present form doesn't mean that I cease to exist.
That was a gargantuan hurdle for me. When you're somewhat insecure by nature and you have something that people look up to or in turn respect you because of this thing that you do , it's frightening to let go. It's like falling off a tower. My tower shielded me and brought me a degree of respect and notoriety. It also brought pleasure and satisfaction to countless people . The decision to close up shop is the hardest thing I've ever done. But that's exactly what I'm doing.
So how many lives does a cat really have? I can't answer that. Crossing an invisible line from what I've known to a place that is at the moment dark is taking all I have inside. There's a mix of excitement and fear. Relief and crushing sadness, but on a good day a fair amount of hope.
It's that hope that gets me from yesterday to today and onto tomorrow. I've had a great run. I've made some pointless mistakes but all together it's been an unregrettable experience. I've been so fortunate to have had this rare opportunity to make a difference in peoples lives. That's what fashion can do. A designer is more a doctor than just creator. She or he gives a person something from the inside out. A good designer makes the client more confident, more beautiful and most of all feel their best. That's what I tried to do each day.
Now to wind it down and plot my next move. However many lives I've had , I'm now onto the next. If this one is half as interesting and exciting as the last I'm in for a hell of a ride.
Posted by Fluff Chance at 11:33 AM

Dear Emperor....
your writing is an incredible inspiration to me.
and made me laugh many times out loud.
so true.
thank you.
Stevenx

Thanks Steven....glad you get a chuckle and inspiration. I can't ask for much more than that.
Fluff

I wish you could just do fashion criticism. I love your blog and your writing is terrific. You're great with telling it like it is. Keep it up.

Sad news, Fluff, as I'm sure your designs are as inspired as your writing and criticism. I thought about your news all week as I listened to flute music at the Boston Early Music Festival, and I hope that you can find some direction in this mess of an economy that is devastating arts and crafts like nothing in my lifetime. Good luck to you and your employees.

A Fond Reader in Massachusetts

Oh Fluff!! I come back to your blog after a few weeks, and this is what I find, that you're shutting down?! Tough times. I'm sure you'll be back, the skills you have are eternal. It's just a question of biding your time. Remember Chanel took a nine year vacation to Switzerland. But this is such discouraging news!! Email me when you need a listener. Best, anjo

Fluff, you know I'm rootin' for ya