Some Things Lost, Others Gained. 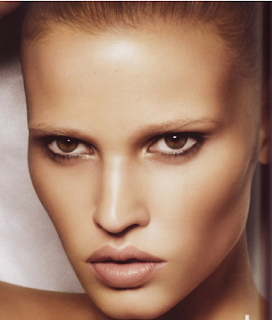 Imagine an International magazine store that sells absolutely everything from everywhere under the sun. From obscure, brilliant "books" like Paradies 5 (suggested to me in passing by a very sharp fashion editor), to Dressage Today, a must read for anyone with an interest in the art of riding and its greatest trainers and riders,to Vogue magazines in every language, and so on. It is a feast for the eyes and mind. One can get almost every point of view and actually subject them all to one's own litmus test . In the end , one's opinions are more substantiated just by virtue of having placed them against so many other educated and absolutely inane ones. I make regular pilgrimages to one in the Village on west 12th street and Hudson as well as another on East 23rd street between 5th and 6th . They are incredible hotbeds of information and images.

Two things caught my eye last week. One was the cover of British Vogue adorned with an actual model, Lara Stone and the other were a couple of magazines all focused on the fate of the House of Versace and Donatella in particular. Lara Stone, a beautiful young woman was such a refreshing change to the world of weary celebrities who have usurped the place of the cover model. In this instance, one is the Beauty and the latter is more Beastly. As I'm a visual creature first and foremost, I was initially caught by the loveliness of Lara, her gown and the clean, unfussiness of the magazine's cover. It actually exuded a feeling of freshness, even hope. In contrast, Donatella's picture held my eye for totally different reasons. I remembered her looking like a tawdry South Beach Euro tart. Looking at her that day I saw a face that spoke volumes. She actually resembles the Grinch in drag with a platinum weave with extensions. The face, mouth and eyes scream "Grinch". I'm fascinated by all things high and low.

It wasn't until getting home that I realised both characters in both magazines shared the same story: Rehab. It is a tired story for so many of us who are aware of so many who enter and never recover. Places like Promises in Malibu which is the Rehab Spa of choice for the over privileged and over indulged. Very few who enter stay longer than it takes to get a fresh tan and so 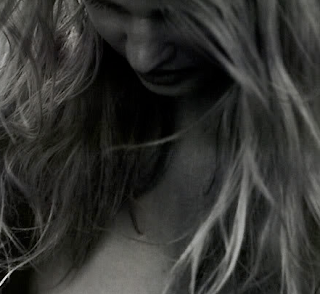 me much needed down time. The concept of a 12-Step program seems a gross imposition on the quality time they've signed up for. This is not about sobriety but more about a good P.R. maneuver and first-class room service.

Lara Stone's story was inspiring in its seeming honesty. I don't pretend to know her, how she feels or what makes her tick. I don't think Alexander Wang has any better sense, despite their best-girlfriend status. That is anathema to a life lived at interminable parties. It would be a bummer to actually face life and death situations, let alone talk about them at length. So Lara's rehab journey struck me for its blunt honesty.

In the article she discussed her fear of the future after modeling. She worried that modeling was her only talent and had no aspirations to act or design. Can you believe it? A model who, for once, looks in the mirror instead of just standing in front of one. She talked about her difficulty to connect with men, basically due to the inequities of the arrangement when one is a beautiful model and the sorts of men who gravitate towards them. Lara mentioned not wanting to end up a desperate addict acting as sex toy to get stoned. Her candor was both unvarnished and gritty. Still, having maintained /saved her career is something a lot of people struggling with addictions of all sorts can loo 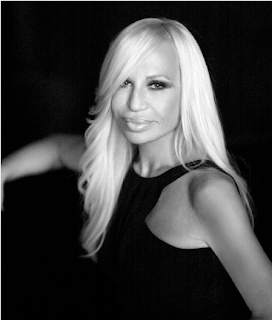 k at and draw some strength. Like many who suffer from addictions there are some things lost and others gained. The ability she had to walk into a VIP section of a party and send someone scrambling to bring her a bottle of Vodka seems to have lost its appeal. Starving herself for the camera and runway has also lost its appeal. What a novel approach to this business. My feeling was that this woman actually likes herself. That toxic self loathing so many of us have suffered at different times is the gorilla she seems to be battling and gaining the upper hand.

Donatella has done time in rehab as well. I got the feeling that her experience of addiction was much more harrowing. Multiple substance addictions coupled with huge responsibilities and their accompanying pressures make her experience different. Wife, mother, Designer and head of a global fashion house make for a rather large ticking bomb. Toss pounds and pounds of cocaine into the mix and the chances of something good coming from it all are decidedly slim. 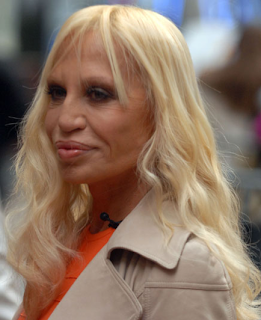 Rehab for Donatella is a thing of the recent past. Her intervention and rehabilitation took place about 5 years ago. The most that anyone or Donatella would share on the subject were her mood swings and inability to effectively steer the company and its ever shifting design message. She seemed to enjoy her private dinner parties alone in her marble bathroom the entire evening as the guests enjoyed another sort of party on their own.

With the announcement of the Versace house having laid off a quarter of its work force and the shuttering of all its Japanese boutiques is a clear signal that somethings do get lost. The restructuring will hopefully come in time to save what was a global giant. It's such a metaphor for the fashion business today, versus, when Gianni Versace was at the helm. Big, brutal business and a society bent on disposable values adds up to a heaping, steaming pile of waste. Perhaps the job is not worth the price of a life.

Ego is as devastating and addictive a drug as any flute of champagne, or bump of coke even if it rests on a diamond and ruby encrusted silver tablespoon.
Posted by Fluff Chance at 9:25 AM

Great article. I read parts of the Lara interview and came to the same conclusion: how refreshing for someone to talk so honestly about themselves. I'm so used to PR, damage control and interview restrictions these days that a lot of interviews end up reading like an advertisement for the good life.
As for Versace, it may be too little too late. Shuttering their Japan stores and getting Christopher Kane on board for Versus should've been done 2 years ago. I think Donatella will end up handing the reins to Kane in a few seasons

What made anybody think Donatella could run her brother's design house?

Come on, does Madonna's brother go on stage for her? Does Glen Close's sister act for her on a TV show?

This isn't osmosis. Donatella didn't absorb her brother's talent by standing next to him.

There is a reason no one has ever heard of Maja Einstein.

Well said!
Wish this realization came to others with such ease and aclarity.
Sad shape of fashion these days....
Though I love it madly, happily that Lara seems to have found her salvation adn way out.

Sobs, everyone. This economy robs everyone of their survival, save the financial elites. And there's more to come, since the Democrats continue to drive fiscal responsibility into the ground. Its no accident that Obama's ratings are tanking. If you think the rag trade suffers now, and beautiful models have time on their hands to regal us with their internal sufferings, you've seen nothing yet. What will happen when Obama stops spending ghost money and driving the dollar down? Hope the gates on your domain are secure.

Evidently, you like to exercise a bit of tyranny yourself, since you only print what you think reflects your slant on things. Anna and her new "best frined" probably at least understand what's meant by hypocrisy.