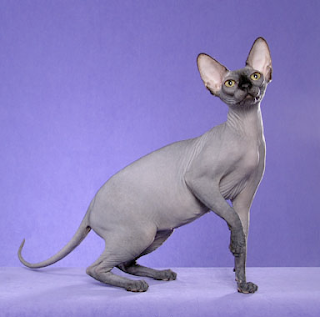 With Christmas right around the corner and with plans to do some prowling around Berlin, I've been remiss in keeping in touch with my true love. Maybe I was so tired of the nation's obsession with Tiger, Posh and the White House that I just curled up and read 4 books. Either way, I apologize for my silence.

I keep hearing about Vogue planning a cover using Bloggers. I can't confirm it, but find it really interesting considering there's so much disagreement as to our value or validity. Leave it to Vogue to take one of the most controversial and pressing issues of the moment and put it on their cover. When you consider that BrianBoy, Tavi the pr-teen prodigy, the girl with too many shoes whose name escapes me, and HOPEFULLY Scott Schuman, The Sartorialist( for a level of legitimacy) might be the subjects it looks like a nice benign self serving dish. Vogue would never embrace anyone who wasn't already embracing them. Granted, there could be a sliver of controversy in these choices but most of them are predictable, banal and bland. I have the greatest respect for Scott. I think his eye and visual story telling is of the highest order. His book is a road map on how to dress and how to look better than just cool. The beauty of that book is that it shows you how to take what you already own and mix it up to create a completely new way to dress. I think that's very smart when many of us can't afford to go out and buy everything we see. I'll be curious to see if this issue happens. If Perez Hilton is part of the gang I might even buy it. I want to learn from the masters. I need to learn from them! Just in case someone there decides the composition is incomplete without me , I've gone to the Beauty Spot for a make over. I want to make love to the camera ........ Do you like by dye job? I itch from it , but Fabulousity is ALL mine , for a week or so.

How Lindsay kept her head and Mounir(the Boss Man) lost his is way over mine. I only know that somehow Ungaro is on a rocky road to nowhere. Lindsay, who I defended and since discovered was indefensible, in the collection that wasn't, is a dangerous , destructive influence in theHouse of Ungaro. She's a hellion on a hell ride taking Estrella Archs and the rest of the house down with her. Murmurings from the inside say that Ms. Lohan really is as OOC as we've heard....even more out of control than we'd /I'd like to think. I hoped she was being unjustly blamed , but she held the yardstick and blindly pointed the way. Lost, stoned and clueless is a dangerous cocktail. To think Mounir Moufarrige brought her in, kept her in place , took the hits and then bowed out leaving her in place is a messy way of saying," Save a line for me Linds', I'll be there, tout sweet!"

I'm seeing a Single Man this afternoon. I'll share that with you all ,afterwards. I'm very excited as I read all of the works by Christopher Isherwood when I was in high school. I was a precocious kitten back then. The Hardy Boys just didn't do it for me. Reading the NYTimes review and listening to Tom on NPR makes me very curious. Tom Ford is such a genius at branding, creating a rock solid image for the products he puts out makes me curious as to how he'll handle something as nuanced, delicate and soulful as an Isherwood story. So many of his closest friends said in interviews that they didn't think he had the substance to direct such a multi- layered piece. They said that they didn't realize there was any there there under his well lacquered , perfect box of an exterior. Well there must be a heart that beats and a soul that feels deeply with talk that Julianne Moore, Colin Firth and the film itself are on a fast track to the Red Carpet. That's a slam dunk for a first try. Attention to detail and creating a total picture complete with mood, taste , smell, feel and a back story are Ford's natural gifts. So I can't wait. The style and fashion that acts as flavor to this yummy looking dish should be a bonus!

I've been having some extraordinary moments myself over the past 2 weeks. I won't go into details but this Puss Cat is purring. Things have been percolating and it's pretty damn exciting. Just when you think your life is settling into the breakdown lane a mighty gale blows out of the east and west and gets your little caboose moving. Well mine is moving, though I'm not totally clear on the direction but I can feel the wind in my lack of hair and the scenery has been more and more exciting. 2010 could very well be a nice change and a step forward. This past year was tough, but necessary , teaching me so much about the real world and my place in it. I'm hoping this year will be kinder and filled with a bit more hope and positive experiences. As long as we all stay open and not shut down anything is possible. I'm certainly a witness to that. Amazing things came from smoldering ashes. You all came.

As I sign off for a day or so, I just want to thank all of you for reading, commenting, agreeing/disagreeing with my attempts at sharing my experiences and views. Having you in the passenger seat and in some cases driving this car has been an honor I never planned or expected. You've all made this journey a less frightening and lonely one. I can only say thank you for your support and friendship. You'll never know how much it means to me and how much you've buoyed my spirits when they were at a serious ebb. Have a great holiday: Happy Christmas, Kwanzaa, Hanukkah, whatever and then some. I will be in touch shortly about Tom Ford( I have a few things more to share on that topic) and I'll be talking to you from beautiful Berlin, the ancestral home of the "Leather Daddy". I have a feeling Leather is the new Black.
Posted by Fluff Chance at 7:19 AM

Do you really have the greatest respect for Scott Schuman? Of course he photographs pretty people in pretty clothes, most of them preordained by wealth or connections (literally to the fashion industry) to satisfy the demands of a fashion elite. But rarely does he do anything that seems original or challenging.

And let's be honest, he must be (and I have to admit I've never met the man), a complete prig whose self-absorption knows no bounds. Take this self-portait for an example.

From one puss to another,I wish you a Bountiful New Year! It has bee my pure delight to read and follow your blog. I admire your ability to put it down, pen to paper in a svelte kind a way! Brilliant! You've made my day, many days and brought back so many memories of my days on the runways and behind the scenes!
I feel great things for you in 2010!
Enjoy your travels,enjoy the other people in your life that love and support you!

Happy Holidays fluff! Don't indulge a lot or you will end up as a fat pussy cat and lose some of your ferocious edge!!lol

As always looking foward to your posts and it is absolute pleasure to hear your purring!!

Merry Christmas and hope the new year brings in a lot of joy to you!

And if you see Avatar would love to hear what you thought about the movie.

I am an avid reader of a few blogs, but as a fellow designer, I respect yours the most. You bring a level-headed approach to fashion, and with your practical expertise, we can actually trust your word.

In a world of blogs by "armchair quarterbacks," I just want you to know how much your word really means to those of us working in the industry.

Have a wonderful holiday season, and please continue to bring us your honest, no bull-xt opinion!

I went to see a Single Man the first day it was released in NY. Wow! This is one of my favorite films of the year... if you can take the topic, frozen in isolation only to burst into feeling... Well, Tom Ford got me swelling into tears unexpectedly in the last few frames, as George's lover comes over to kiss him... I'm being cryptic because I don't want to give the ending away... Have a Wunderbar Berlin Holiday!

Dear Fluff, there are so many things I want to say to you, I do not even know where to start. I have stumbled upon your Blog not so long ago, enjoyed it tremendously, but still have some catching up to do. Brilliant revelation after brilliant revelation. I thank you for your honesty and ability to say out loud what many others in the industry prefer not to with their "eyes wide shut". I am wishing you peace. I hope that all your disappointments and hardships will be spirited away. I think great things will happen for you in 2010 and I hope that your Holiday Season is filled with magic and joy.:-) With much love. Anya

Fluff, I have had a tough year as well, and reading your blog has renewed my hope and challenged, as well as inspired me. I always look forward to your opinions and truth no matter how harsh they are. You provide a well thought out, and well needed commentary on the world of fashion. I can not imagine any one more worthy of success. You more than deserve the happiness that is coming to you! :)

Fluff, I have only recently discovered your Blog and I love it! Thank you for taking the time to dissect and give insight into the fashion world. Have a wonderful Holiday and a brilliant New Year!

Happiest of holidays to you! Best of everything for 2010, and a large thank you for all of your wonderful posts this year!!

I wish I could say it as well as you do...
Your posts are always thought provoking and you write a mean sentence.
May you have the extraordinary new year you well deserve Fluff.
Best,
Carolg