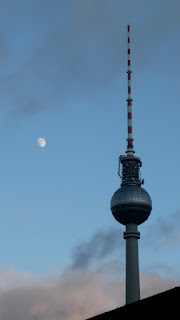 New York feels so small when you compare it to other places. Not just in physical size but culturally. Many of us who live there, and are certainly lucky to, get caught up in this idea that we're at the center of things. Fashion, culture, life , even the the pulse of the larger world. In Berlin, like some other great parts of the universe, I'm reminded that there are other ways to live and to see others, and to see 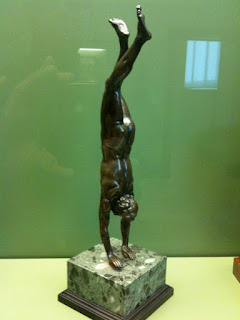 I was aware of it the moment we entered the city and saw the pace of the population. No hurrying , pushing or sense of urgency was evident. Checking into the hotel was a slow and relaxed experience. The hotel, Achselhaus, which was recommended to me by my best girlfriend Jolain Bowen and her husband Christopher Bowen was beautiful in it's redefinition of a "boutique hotel". Chris and Jolain had spent a stretch of time there when he was getting the Berlin production of Blue Man Group up and running. Chris is one of the original Blue Men and travels the country and world establishing Blue Men productions. Jolain is an extraordinary designer who started with her own eponymous collection and went on to design for Calvin, Joseph Abboud, Carolyne Roehm and Oscar de la Renta. She has collaborated with m 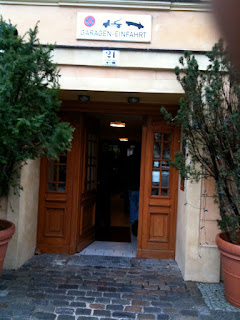 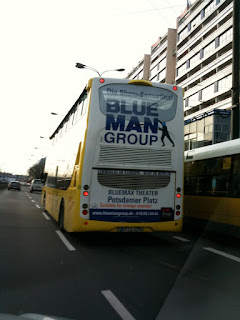 on some of my most treasured collections as well. I can easily say that she is the one designer that completes me. Working together with her on collections is one of the most fluid and satisfying experiences I've ever had. I intend to work together with her on many future projects. But back to the hotel.... They recommended it, and it was great. So what if our little apartment (much more than just a room) was on the 6th floor and had no elevator. We took it one flight at a time and eventually got there. Over-packing is a curse from which I never learn. 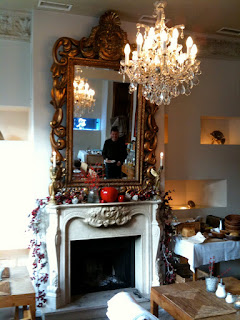 combing the city's museums, stores, neighborhoods and cafe/restaurants. Returning at night to our nest, filled with delicious food, impressions and freezing cold was so satisfying I wondered why we didn't stay put. There was too much to see and do in 8 days and time raced. This hotel wasn't about slick minimalism but much more about comfort, a mix of cultures 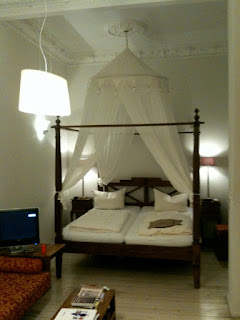 in it's design and an overwhelming atmosphere of calm. We could have been in Marrakesh or on an island in the tropics . A hearty breakfast and perfectly strong coffee waited for us in the hotel's cafe each morning. We habitually were the last ones to sit before they shut down for the day.

We never turned on a TV during the whole stay. My computer screen was as close as I got to a TV and I avoided news of the world outside. New York spends so much energy in its attempt to influence and regulate so much in the 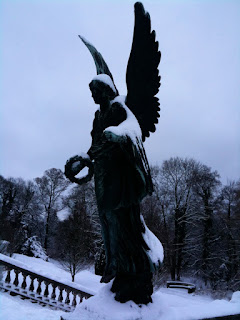 world. Berlin seemed more concerned with itself and making life there satisfying and stimulating for its population. So many small boutiques had signs stating that they were Berlin design houses . This gave me the feeling that these designers were not out to conquer the world. They were invested in giving pleasure and satisfaction to those who walked through their doors. So much of fashion in New York is designed for global ends. If a designer doesn't become internationally known and sold, they are considered somehow less than successful. This idea is destructive and counter productive. It's also presumptuous. Some brands are meant to be global, most aren't. It would be refreshing if we all would relax a bit and smell the exhaust. Volume and sell-through are two very different realities.

The one store that I went back to a few times is called Wunderkind. It is the brainchild of Wolfgang Joop. He did little to impress me over the last 20 years , but this incarnation 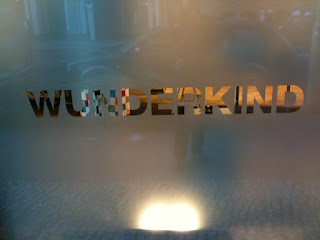 was very original and beautiful. It was sophisticated without being arch. Modern without showing a self consciousness. The store and presentation was mouth wateringly appealing. The usual luxury boutiques were woefully cookie cutter in comparison. Wunderkind in New York would give shops like Barneys and much of what crowd Fifth Ave. and Madison Ave. a run for their money.I realize this sounds pat without enough explanation but it's the feeling I got. You would need to wander through this store to have the sense for yourself. Google it, that might help. Better yet, put Berlin on your list of places to experience. Good bookstores with great travel departments will help a 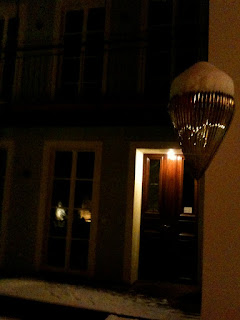 My most unexpected surprise came by courier to the hotel. There is a fashion/culture magazine produced in Berlin called 032c Magazine. The editor and Creative Director, Joerg Koch, sent an email to Fluff welcoming him and me to Berlin and asked for the address where we were staying. He said that he wanted to give us the latest issue as a thanks for the many enjoyable hours spent reading the blog. I was flattered, to say the least. When it arrived I was blown away at how dense it was with mesmerising editorials on fashion, both Berlin specific and international. There were gr 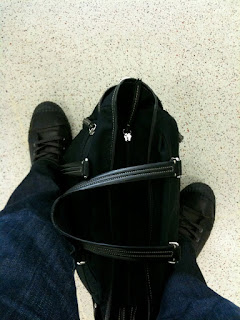 eat pieces on literature, theater, the arts, you name it.Even the ad pages had great imagination and style. This is a very great magazine in that it reminds me of ones you used to read from cover to cover.....remember what that was like? This issue had a multi-page spread on all the Steven Meisel covers for Vogue....my GOD! That spread alone was worth having to buy one extra suitcase..... You must get this, I will keep these in my collection.Vogue, Bazaar and Vanity Fair could learn A LOT from this magazine. Joerg and his staff are a very wise and clever team. It's constantly a surprise to discover the people who read this blog. More than anything, it's very gratifying to know you're not just talking to yourself. I'm on my way back soon, so see you on the other side!
Posted by Fluff Chance at 10:16 AM

Dear Fluff, you are so right when talking about how small New York is. I feel it every time I go to Paris or London, so true. You are right about so many other things. I just want you to know that NO you are not talking to yourself. :-) I have been reading every single post. Sometimes, I have to admit, I am afraid to post a comment. Your posts are so higly intelligent and English is my second leanguage. I simply do no want to offend with mistakes.:-)Have a very wonderful Thursday!

Fluff,
I second that sentiment. New York is small and way overly impressed with itself.
Thank you for the great posts from Berlin. The energy of the place comes right through.
Happy New Year to my favorite blogspot!

I spent Christmas 2007 in Berlin. Thanks for the walk down memory lane. My favourite place in Berlin is the glass dome of the Reichstag.

Well to Hell with Paris
I wanna go here!
Now.
NY is a big Vertical city not horizontal like London or Paris..