The Circus is coming to town. 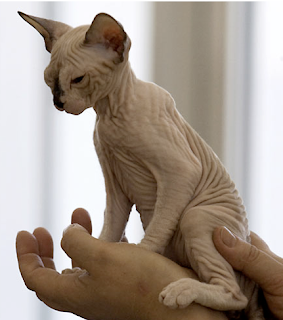 The shows are about to begin, again. I'm wondering what's new or old. Having just read the New Yorker's story on Rodarte,"Twisted Sisters", I'm particularly curious to see what they exhume, torch, torture,mutilate, coerce and threaten into being. After reading the piece I actually had this image of the clothes running down the runway heading for the exit just to escape the madness that is Mommy(s). There's something a little menacing about the pair. No doubt it will be a labor intensive collection, but will there be a new message or just a post script to the last 5 years? The "people in the know" will, as always, get it but what about the others of us?

I wonder if Marc Jacobs will have as his finale a wedding at the end of the runway with Anna officiating. Perhaps, he and his man-tanned swain will finally get on with it and have the wedding that they have flogged us with since last spring. This is a publicity stunt that is way out of control. They risk their fan base saying ,"So what", if they don't hurry up and get hitched. I, for one, feel that these constant reports of them having secretly wed in the most public of places, a bit tired and gratuitous. It's branding gone absurdly awry. Just make the clothes and stop trying to market what should be your private life. Maybe some of you think that mean spirited, but when you really think about it, whose business is it really, but theirs? We don't need to know everything, nor do we want to, at least, I don't.

This perverse form of branding is something that puzzles me more and more. In the olden days, say when YSL was shaping the way we looked at fashion, glamor and the power of a design house, branding really came into being. We saw him at Studio 54 or lounging in Marrakesh, but most of all we saw the clothes. The man was a foil for the brilliance of his clothes. With Tom Ford and Gucci, the formula was turbo-charged and the foil became ads that oozed and sweated SEX. Still the focus was the clothes. Now branding is becoming strictly focused on the designer with little care or interest in the clothes. We see the scowling Proenza Schoulers, the pouting Mulleavy's, the smirking Posen or the bobbing Wang. We see Alber Elbaz pretending to be the lonely circus clown complete with scuffed boots. What happened to the product?

Well, now the product gets trotted out for all of us to see. Will it measure up to the attention the designers have garnered? Will it justify our love? I certainly hope so. We can't wear the man or woman behind the clothes. We can only wear the clothes. Alber's Pre-Fall collection in leopard was deluxe. What passed as denatured couture for spring had me puzzled and disappointed. I don't see women spending thousands and thousands on artfully draped washed cotton tacked to a body stocking with or without a Lanvin label stitched inside. Call me old fashioned, but I don't.

I'll see you in the trenches, I mean tents.
Posted by Fluff Chance at 8:56 AM

meow! Once again, you get right to the real point! I feel you, all this media hype reminds me of the bad boy image of James Dean back in the day.
Needless to say,the cash cow bad boy believed the hype and bit the dust.
The artistry of the line is what should make the statement.Otherwise it is frivolously self-referenced and who cares? Who's life is it anyway?

I read yesterday that Rodarte's collection for Target is languishing on the racks!

Happy New Year ya'll...
Hope you have fun in the tents!
Was a little disgusted to hear about Rodarte's collection for Target...from Colette in Paris to this : /
x

You are so right. Let's start a movement!!
We are overwhelmed to the point of coma with boring no-taents flogging their private lives in an effort to cover up a lack of art and "vida!"

Marilynn, have you seen the Rodarte clothes for Target?? they are a JOKE! no spirit, no soul and not a body to wear them, I am sure.
it was embarrassing to think, this was even mass produced.

I snorted my fine Cotes-Du-Rhone all over my screen about Mark Jacobs and the Misses perhaps getting married! Indeed, NOT!! And since I am so peeved about my fine glass of wine on my screen I have to say that Ole Mark may be more famous for his bag's than his clothes! Or maybe his Fag's than his bag's.