Skid marks on the red carpet 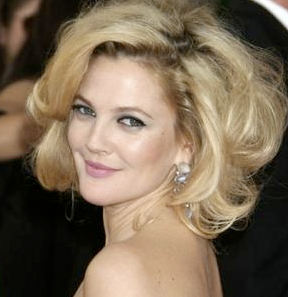 I took my time getting to it and spent the first hour or so on the road coming home. I passed on the pre-show. Having played that game 5 or 6 times as a designer to the stars, I wasn't particularly anxious to see the cavalcade of too often regrettable choices slither down that warn and soggy carpet. I texted to my trusty Associate, Naji Batanian , to deliver the blow by blow as the Ladies and Gents descended from their chariots and peeked out from under their umbrellas.

All the usual characters were in place looking happy and over dressed, just like carbon copies of years past. It was strangely like Ground Hog day: same crap, different award show. Men were foolishly dressed like Mickey Roarke or very coolly dressed like Robert Downey Jr. He took way too much shit for not wearing a tie. When you've got jewelled studs running down the front of your shirt, and a bespoke Tuxedo, why spoil the picture by burying the goodies with a tie? The Critics are as clueless as most of the stylists. The stylists are a complete post alone. Let's just say that experience hasn't necessarily made them wiser. 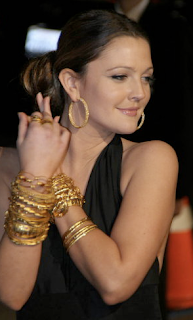 There are certain actresses you just can't deface. Julia Roberts in vintage YSL with a killer Bulgari necklace. Yes, it was way over the top, but so exquisitely glamorous and fantastically designed. That level of sparkle trumps the emerald drop earrings that Julianne Moore wore escorted by Tom Ford. Hers were also Bulgari, but were an eye popping 15-20 carats. Sorry folks, but I draw the line at 10. Any single stone above that looks more manufactured than magnificent. Remember when Whoopi wore the 40 carat yellow Harry Winston diamond necklace a few years back? I was offered it for an actress I was dressing and told them,"NO". They thought I was brain dead. I told them that it leapt over the line of fabulous straight to vulgar. I said it's so big, it doesn't even look real, let alone beautiful.Tom would rather sacrifice beauty for bombastic, assuming he had a hand in Julianne's choice of raiment....I'd bet my Lotto ticket on it. As a result, those earrings smacked her around all night and not in a sexy way. It was bling abuse.

Drew Barrymore is my Star of choice. Her win for Little Edie of "Grey Gardens" was one of the greatest highlights of the evening for me. Drew Barrymore is so commanding an actress that she would have looked great in jeans and a tank top. She has all the right elements: talent, grace, loveliness, humility, and gratitude. On top of all of that she's got great taste and a kick-ass stylist

who knows how to make her look her best. You see Drew FIRST, then you notice all the details. That is the way style functions. The person is always the focus and the clothes come second. I honestly don't care who she wears because I'm more interested to watch and listen to what she has to say. Not that it's deep pearls of wisdom 24/7, but she has a mind of her own and seems to enjoy sharing herself with the public in a disarmingly natural way. Yes, her acceptance speech was rambling and all over the place...it just made her that much more human.

Then we have someone like Chloe Sevigny, another talented actress. That's where the comparison ends. Let's crawl back to the days of Imitation of Christ. Those were dark, pagan ritu 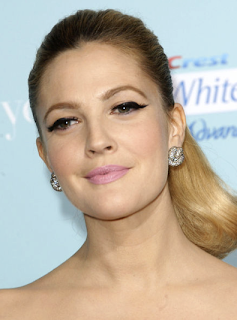 al filled days. Chloe was their false idol, their paid mascot. Then she got it into her head that she was a style icon. What was she smoking? It certainly wasn't American Spirit Lights. She's not conventionally pretty but has an interesting look. What rubs me is her disingenuousness that seeps out everytime she's in public. It's only under wraps when she's following a script. Her little journey to the podium to accept her award was a case in point.Chloe Sevigny betrayed her dogged obsession with "the Dress" when she went to accept her award and carped to the whole world that the hapless escort had stepped on her dress, and then repeated it again 2 more times. What about accepting your first Golden Globe and to hell with the 15 yard long train that everybody probably stomped on in the course of the night?
Christina Hendricks was just a dot on the Red Carpet radar. She was hardly noticeable unless you 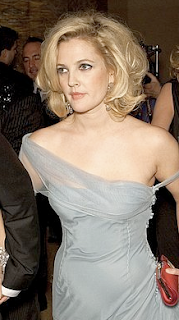 focused on Christian Siriano's uninspired design. It was a rookie's idea of glamor and fell short of the mark. Way too much was made of Cathy Horyn's remark that she looked like a big girl in a big dress. Readers were outraged and blasted her blog, On The Runway. I was more put off by a beautiful woman in a banal gown. End of story.

There was a general malaise to the overall picture. Either tired beading, too much cleavage, a few too many slits and gargantuan scaled ball gowns. None was modern, unique or envelope pushing. The more mature actresses generally pulled it off with elan and style. The youngsters were more clueless (or their stylists were). None, or at least 95% of the choices are made without the help of a stylist. It's not a fashion show any more, it's a branding convention with an award show backdrop.Perhaps I should list the stars and designers and have a hit list going, but I'm not feeling it. You all saw it, each of you have your favorites and I won't add much to that dialogue by naming mine. I just miss the days when it was really exciting and we couldn't wait to see what's what. Now I'd rather watch a re-run of Tabitha's Salon Take-over. I can't get enough of that show. See you at the Oscar's. Let's hope they send that carpet out for a professional cleaning!

I love the NY Times slide show of these events. It groups the clothing based on color so that the individual offenses are less..uhm offensive. Or maybe I just want to organize an event that offers a hodge podge of variety that distracts me from one
ensemble to the next and forces me to contrast and compare clothing that is often drastically different from the previous walk...

Christian Siriano’s exploding ruffle dress was horrid and it made me wonder if he really looked at Christina Hendricks in the flesh to ascertain her attributes that should be highlighted not swathed in yards of fabric meant to distract and balance her hips - Sorry, but it was a 1980s prom dress gone wrong.

And I am in total agreement with you on Drew Barrymore - even when she gets it wrong she gets it right because her personality is always evident and she wears the clothes, they never wear her..

There was too much of poor Christina on display. Almost as bad as Mimi.

100% agreement on Drew. She was a vision. Just such a lovely woman.

A friend showed me a custom-wedding dress that Christian Siriano made for a friend of hers and it just confirmed for me that he doesn't understand a woman's body as opposed to a model's body. Time will tell...

Chloe Sevigny made me want to Lysol my television screen. Ick.

And will someone please take Mariah Carey shopping???

I love Drew and thought that her choice of dress was amazing Shristian Siriano dissapointed me once and again, but I still think that he just needs to find himself. Maybe with time he will master whatever he needs to master in order not to create this mess of a ruffles.Wishing you beautiful weekend!

I don't usually disagree with you but I must on Drew Barrymore. I find her disingenuous and loopy. Her dress would have been nice if she didn't have the weird thing on her shoulder and hip.
And then at the SAG awards the blue number she wore was ill fitting and her hair looked dated.
But I suppose thats the beauty of these things. It starts a dialogue and it is fun to hear different thoughts and opinions on the clothes.