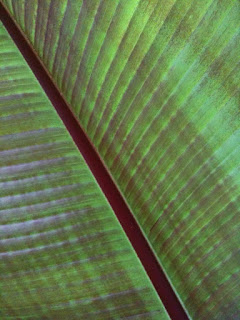 Sometimes I think I must be one of the most jaded cats in the alley. When I was a kitten covered in soft, downy fur I liked nothing more than a feast of monthly periodicals like Vogue, Harper's Bazaar, Town and Country, GQ, all the European versions of the same titles. I treated them all like special gifts on Christmas morning refusing to let my sisters or friends open them, or even worse, attempt to show me something inside before I had the chance to discover the treasures they held for myself. I made a solid day or two out of this ritual. Starting at the front, I methodically worked my way to the very end reading, studying and analyzing every look and add. Obviously, not every morsel was important but much of what I found was satisfying on some if not many levels. September was the new December then especially when I was in college in Ohio desperate for news and excitement. Now my hair is all but gone and my pleasure is rarely found in the pages of September's offerings. I resist buying, not because I more often than not fail to open the first or last page of Vogue, forget all the filler in between, but because the message gets lost in the maze of ads, supercillious stories which tell us precious little and the editorials that speak to a club whose members elect each other. Size which used to excite me. Now that heft is just an added weight, a portent of pages and pages of redundancy.
I pushed myself to make the effort this weekend and warmed up with New York magazine's Fall fashion issue and then took the plunge with Vogue, Harper's, W and T&C. A tiny bell went off in my tinier head last Thursday in the NY Times' Style section and their story on 2 young Bla 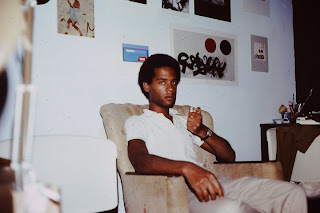 ck men who blog and style. I've become suspicious when stories on people of color in fashion happen along with stories on Harlem's legendary and perpetual Renaissance occur. They always seem to happen in August, that slowest of slow months for fashion. Its almost like once all the other more pressing fashion related stories have happened or the big players on the big runway have slipped off to rehab or some storied town on Long Island's south shore then they make way for the Black people. Well, Black people and the endangered species (the titled and entitled) who inhabit Newport, R.I. What's fascinating about the two guys, Joshua Kissi and Travis Gumbs along with their blog Street Etiquette is that their style mantra is preppy. That in itself doesn't bug me as I've more or less subscribed to that look since I was a wee kitty growing up in Groton, Mass., a preppy town if ever there was one. I think that the Times was enamored with this particular story because it tells a stor 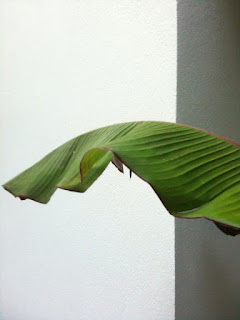 y of assimilation, a coming together under the all inclusive sheltering sky of fashion, if you will. It helps that they are both "fine looking men" as my mother would say and model some of what they style on the blog. Had these guys been suggesting Afro-centric or Hip-Hop street wear the message would more than likely have fallen on blind eyes and deaf ears. Instead, it was a comforting and familiar image like a Ralph Lauren or Tommy Hilfiger ad minus all the white people. Driving through Harlem the other day I noticed an awful lot of people of non-color on the streets pushing baby carriages and others sporting tote bags. Maybe that's what is meant by a renaissance; Harlem is now safe for white people. I digress. Kate Moss on the cover of Vogue with a story of her wedding billed as the most romantic wedding of the Spring was a curious PR vehicle for John Galliano, among other things. Read it. I thought the royal wedding was the big story and not the shotgun job that happened in Monaco. What clever little ploy does Conde Nast/Ms. Wintour have up their skinny, high arm-holed sleeve for the rehabilitation of 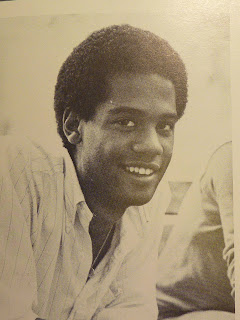 Galliano's career? That story will unfold like the blossom of a Venus flytrap or that other bizarre plant that blooms in the Brooklyn botanical garden for one night every 87 years smelling like a dead cow. Don't get me wrong; I think Galliano is a brilliant designer, brilliant. Just a product of this monstrous system and a flawed one at that. Kate's breathless confession that gypsies convinced her to marry is also, well, curious. Lots inside this issue is curious like Elle Fannings's elevation from IT toddler to IT girl and other stories tailored to include Rodarte and their rags to rags success story, new male tennis stars, Natalia Vodianova as the longest running Vogue Moment and thousands of pages more.The ads eclipse the editorial pages in style and content, only its exhausting. This book is like the previews at the movies. Hours and hours of trailers and then the lights come up and its time to clean up the mess. I know this is vague but maybe you should check it all out for yourselves and see what you make of it all. I'm going for a run in the woods now and then a plunge in the water. Ocean? Pool? Shower? Those are the big questions of the day.

photos courtesy of me and of me at college.

I'd begun to look at September in similar light, all one big PR campaign, but I reminded myself that this is fashion, and Vogue is in the business of selling clothes and promoting it's sponsors. I'm not sure what you mean about Galliano, as I have not received the issue, and I am eager to read and find out.

I read the article in the NYT about street etiquette, great legs those guys have ! I cannot say anything about US Vogue I do not read it, I will be in Paris in 3 weeks and I will question my sources on Galliano's next move, if there is one, he is ill you know.... A new round of austerity measures will bring people in the streets, and that includes France. We shall see how that translates in the fashion media... Already the predictions on earnings are very low for the next season...Cute 70's pictures of you Fluff, you are a fine looking man still !

I've never sunscribed to the 'Vogue = Bible' theory. I'll occassionally purchase an issue though for the right story.

I couldn't agree more with your assessment of the current Vogue offerings. The ads run on forever, H&M, Target, Talbots, Macy's, Banana Republic ,Express and on and on. Did you see any Individual designer plunk down the ad rate for a page? Hmmm...

Dear Ms. Wintour has made her bed and now she has to lie in it. can you say corporate Vaugue? sounds like a cross between Vague and Vogue. I stopped looking at pg 531 two days ago.

I now have a pile in that corner with Elle, Bazaar, NY Observer, Financial Times and now the NYT Fall Fashon Magazine, where I found a new dentist when in Paris...

as for the rest, I'll get to it when I can, no news, no rush! Still clapping the sand out of my sandals...

The opinion pages today NYTimes, has globalisation ruined street style ? http://www.nytimes.com/roomfordebate
Globalisation has ruined much more than street style but maybe this is a headway into reality, a bit ....

Of course Galliano shall return. Kate Moss was herself the object of public scorn not long ago, but look at her now. When fortunes are at stake, memories are short.

As regards "Street Etiquette" I can't say it is exciting. I am for small business, especially in our present economy. But the style can be seen on a Chelsea stroll any day of the week. Harlem is attracting Wall Streeters. Columbia University is buying up properties, and renaissance is hardly what comes to mind.

Have fashion magazines lost their magic?...or is it the the industry as a whole?
I subscribe to Vogue, W, and Bazaar. Of the 3, I'm thinking of only renewing Bazaar.
Like you, when I was a kid, I lived for the day my ELLE and Vogue arrived in the mail. I treasured each issue. I would look at them over and over throughout the year. I loved them so much I would save each issue, carefully in calendar order. Now my mags usually end up in the blue bin for recycling day within 48-72 hours of arrival.

I am not jaded, I think; disappointed at the expected, at the name of the models mattering much on the inside, on the impure aesthetic that is part of a campaign to align "fashion" with flash sale houses in a bit of dirty business directed to the bottom line (yes, Bazaar). Vogue is the WSJ of fashion and current. I have tons of respect for Anna Wintour, not sure if that is popular any longer. Gratitude certainly for her hand to John in '93. I do like that Kate and John, boon companions, did her wedding together, and with Manolo. Something about not doing the popular thing but being with friends, who just happen to be apart from the massive businesses that were and are respectively, masterful creators of beauty and fantasy.

I adore Italian Vogue online, Franca's blog. I wish I understood what really happened with Romeo Gigli long ago; his career was sabotaged.