Whitney: Where do broken hearts go... 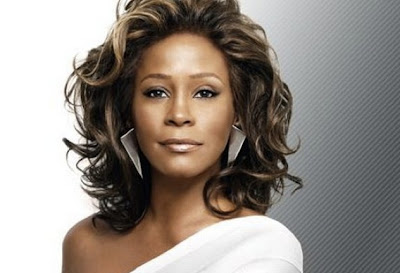 Last night on the way to see a Sondheim revival, "Merrily We Roll Along" at City Center someone in the line of people waiting to go in said, "Did you hear Whitney's died?" Well, I, for one, hadn't heard and it was like a blanket was tossed over me blotting out everything going on around me. The sounds of the street, the people milling all around and the noise in my head was instantly muted. We took our seats, saw the show, enjoyed it, headed to a restaurant high above the Time Warner building and acted like one does on a Saturday night in NYC. It wasn't until we were leaving the restaurant that a few of the servers by the waiter's station were playing "I want to dance with somebody (who loves me)" that the same sensation came over me. A couple of the employees were dancing to it and saying things like ,"we just love Whitney" and "we've been trying to play her on the sound system all night". That was when I was reminded of how much a part of all of our lives she's been these last 25 years or so. It isn't until someone or some thing is gone that you notice how much they mean.

It was freezing at midnight but we walked the 20 blocks home instead of taking a cab or the train. I felt like so much is so easily lost to us when we spend so much of the time busily trying to get more. I also thought about the difference between really making something and spending the time and the sacrifice in service to that end. When I was new to this city it was all about building something that would last and enjoying the fruits of that labor. Now it seems all backward and inside out. We sat on the couch and turned on the television and computers to see what was being said and it was one long reel of Whitney performing in long jersey gowns framing her long lean line, the sweat pouring down her face, the hand flicking the air and tapping her chest and her exquisite mouth forming the words to a song that we could more feel than hear. I loved the way she used her mouth to form the words. 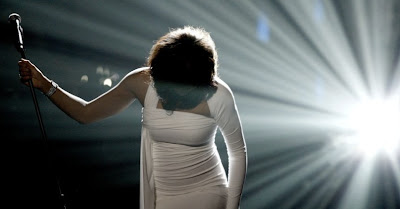 I grew up to R&B just as much as I did to acoustic folk music. I guess that's what happens when you're black, all your relatives come from and live in the south and yet you grow up in a New England village. I know every word to every Joni Mitchell album produced just like I know every word and nuance to every single song that came out of Chaka Khan's throat. Almost the same can be said for Whitney. We looked on Youtube to pull up favorite performances of hers and still I can not watch her live duet with CeCe Winans singing "Bridge Over troubled Water" without a pounding in my chest and goose bumps. It's somehow her story and a moment when she was at her most powerful and best. I'm glad that her trials are behind her now and hope that wherever we go when we leave here, that it's peaceful and the music just plays on.

"I felt like so much is so easily lost to us when we spend so much of the time busily trying to get more."
Nicely written.

I expected more in your appraisal than the conventional and official response. Whitney's anthems have been out of style for years and no one seemed to miss her. She was basically entertaining us with her self assaults. So, what shall we miss, her music or her public displays of personal anguish? Stop the madness, please.

Well I, for one, will miss her and her music. Redemption is a beautiful thing. We can only work towards it a day at a time.

You don't have to publish this - to me, it is the same as Judy Garland or gosh, anyone. I don't mean that in a bad way. Just another example that money can't buy you happiness. If there is a heaven, I would think she should be in it. But she surely had joy in her life; and I am with you - anyone who doesn't react with the goose bump thing to some music - well they probably don't like homemade pie either.
Hang in there and thanks for the post.
And yes, I have had her music in my brain all week, not sure when it will leave.

Show business - performing - is one of the toughest lives imaginable. Perhaps she wasn't tough enough? (And that's a compliment.)

Those superior beings who pile on now are really despicable. Rude to the host of this personal blog. Cold. Better to stay silent. Or away.

I love how she is being remembered with love, with respect, which is as it should be. Addiction is an illness and nothing to be ashamed of and her huge talent and beautiful smile, gifts from God that she so openly shared. The voice and the power of her soul will be missed.