Sounds like boatloads, but actually, there was just enough to fit into a long boat, the sort you see going up and down the Chao Phraya river that runs smack through Bangkok. Travel was a big exciting blast. It seemed every time I should be writing a post for this neglected blog, instead I was packing a bag and heading to the airport. I think I shared one account as I left the apartment to head for a flight to Amsterdam and some idiot locked her car doors from inside as I crossed the street to the sidewalk next to her parked car. My reaction to her actions was less than polite (I think I said F*** You), but it was so galling and uncalled for. Umm, life in the big city? 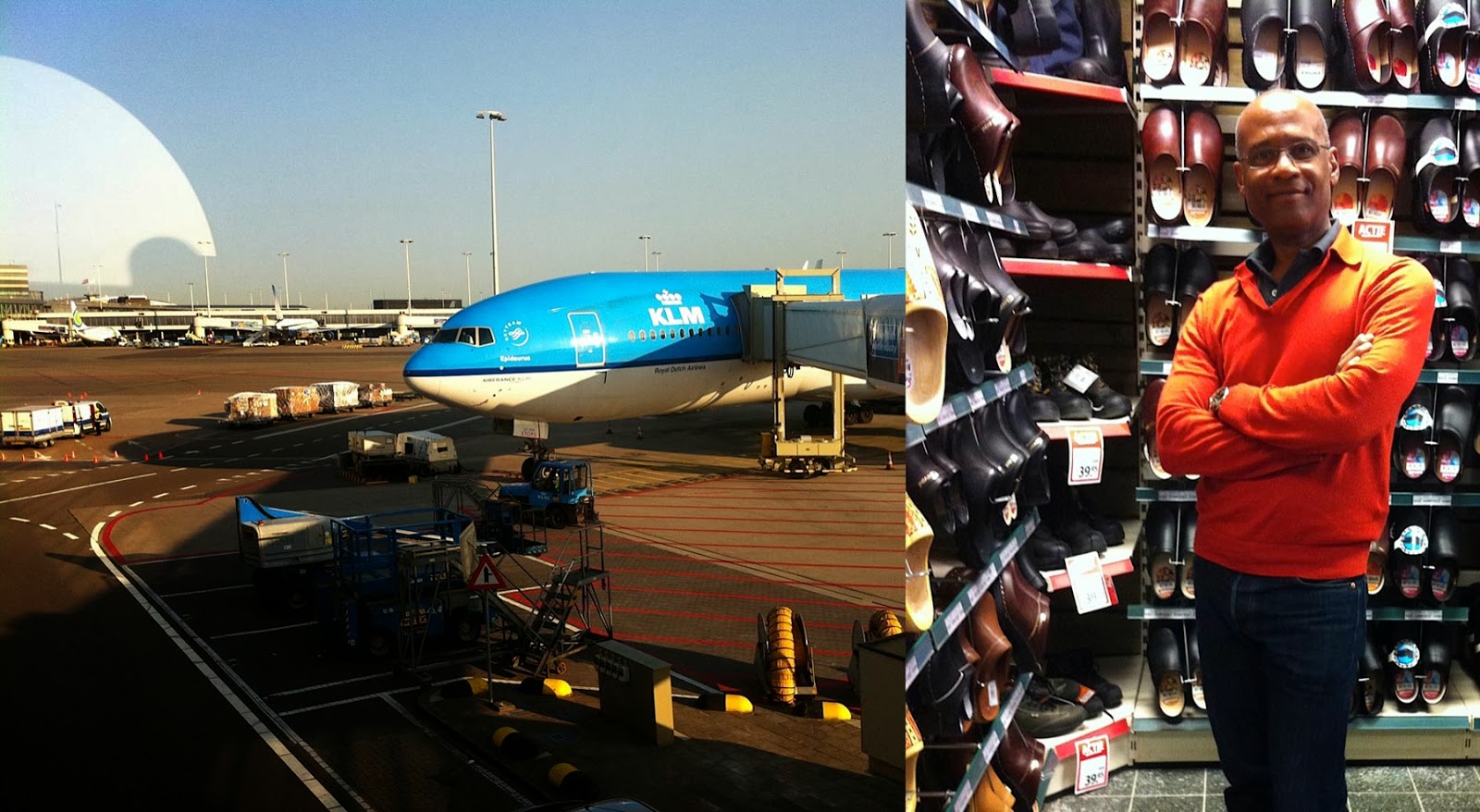 Still, I headed to Amsterdam, Belgium, Northern Germany and Denmark in search of the perfect dressage horse of international quality (competitive quality) with and for Matt. That trip of 8 days driving all over the Low Countries, visiting countless farms, trying out endless horses, many of outstanding beauty and talent, and staying at different hotels in out of the way places each night, was a wanderer's paradise. 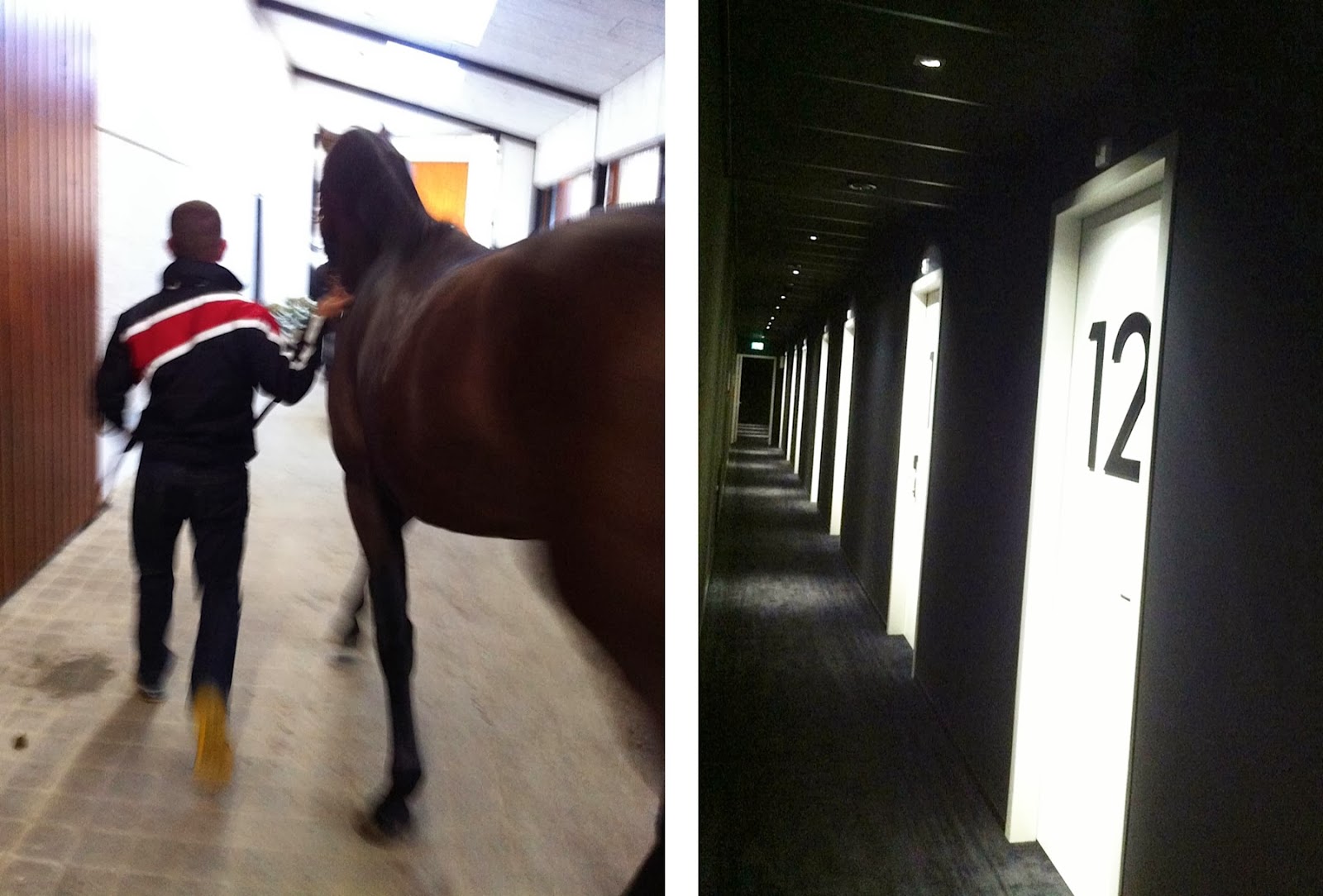 We were rootless and in hot pursuit of the thing both of us love more than most everything in our lives; extraordinary horses. We didn't find the right one on our first attempt, coming home after a couple of very interesting and long nights in Amsterdam. That's a fun town. No one gives a damn about fashion, its simply a "quality of life town". To my mind, that's supremely stylish.

4 weeks later we were back on the plane and back to the task. That was a blast! To go and come home and just as suddenly, get back on the plane and go back for more. Punishing at times, so much driving and so many horses not meeting his standard. I was blind at a certain point and would have said yes just to get it over with. 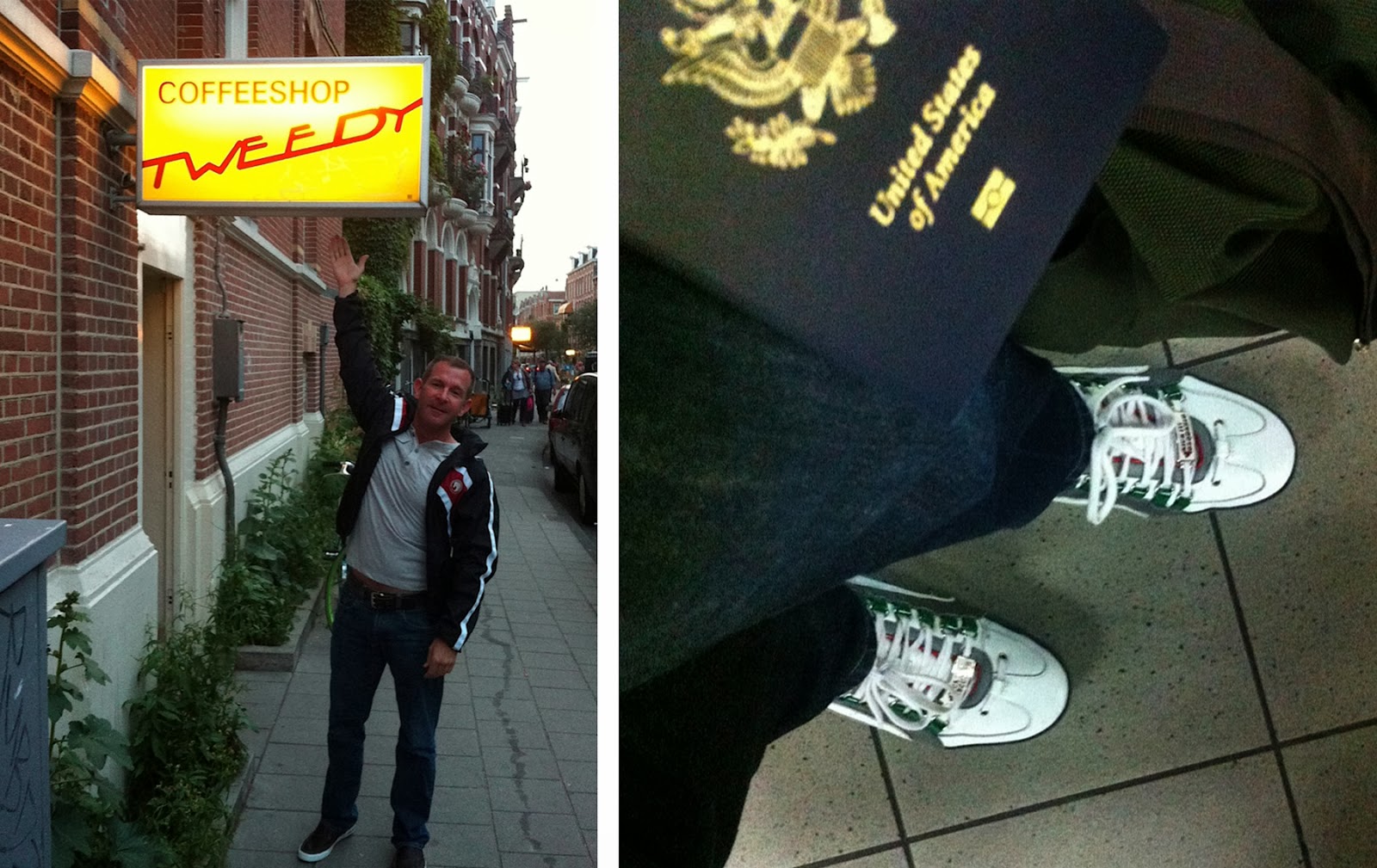 One morning Matt sat across from me at breakfast weeping from frustration, exhaustion and fear that it was a pointless, self indulgent quest, but at that moment I could see how important it was to him. I was over it in a way, but that moment got me back to the point of the mission and I carried us both back out to the car and to the next barn in the next country hours away. 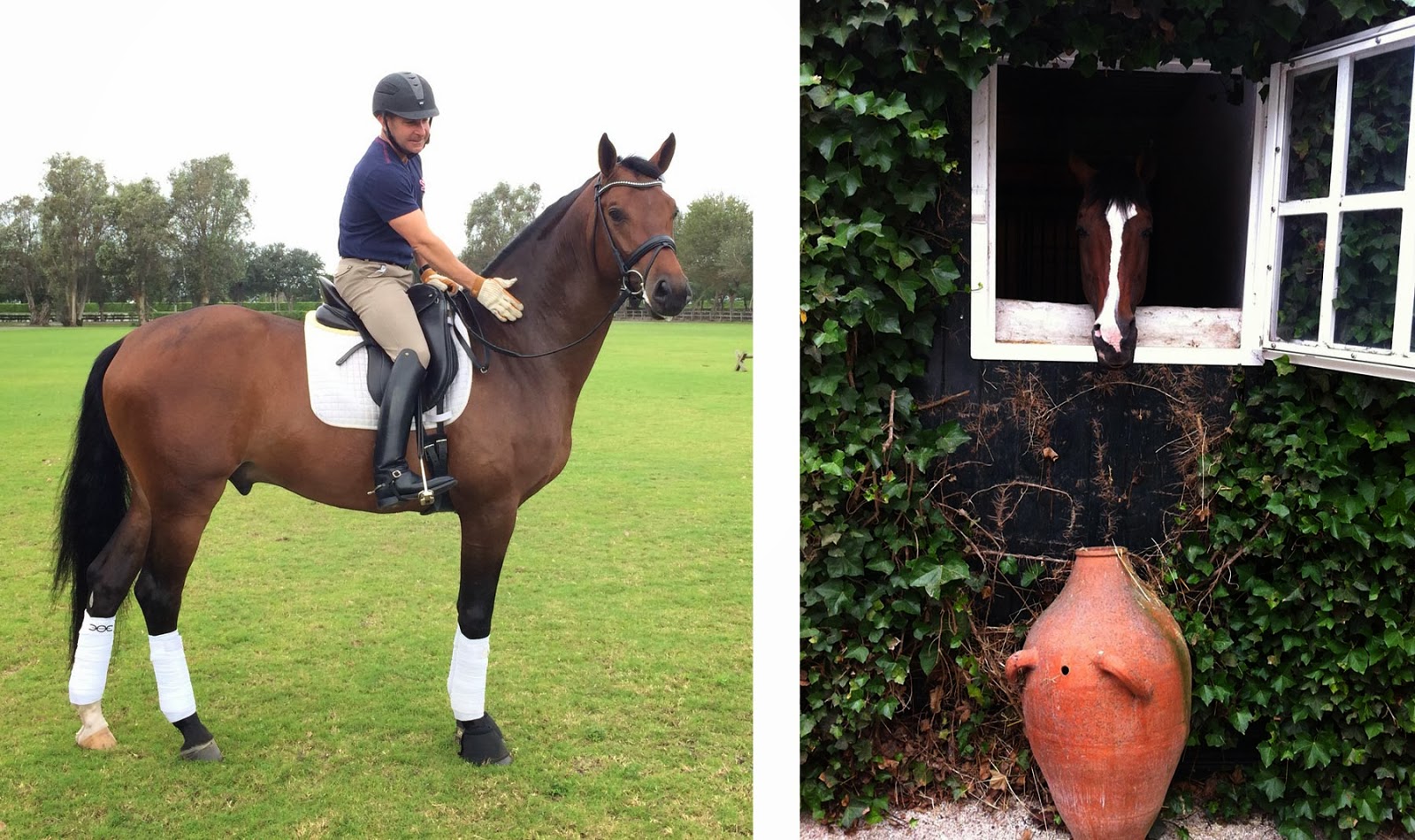 Sure enough in Aalborg on the far northern most tip of Denmark we found him: Qasanova, a 4 year old stallion with incredible bloodlines and as sweet as a puppy. But watching him move was like watching a preview of a great champion. So another memorable night back in Amsterdam, no shopping necessary, and we boarded our separate flights to return home. The horse would follow on his own flight about 6 weeks later. He's happily eating yummy grass in Wellington, Fla., just outside of Palm Beach, the horse capital of the U.S.

I was in Qatar in the late spring for 8 weeks in April and May. That was a fantastic experience. Between playing professor, lecturer and artist in residence I had a fabulous time. My function was to help design students from freshmen to seniors create and complete their final projects for the all important fashion show at the end that also happened to be the big social event of Doha.

I was invited to show a collection as the guest designer, an enormous honor and challenge as I'd put away my scissors almost 4 years before. Teaching was lots of fun and an opportunity to share almost 30 years of experience with young designers just taking their first steps. Hugely satisfying, if only because as a designer you rarely articulate what it is you do and think when you have a team so in tuned to you that much is communicated silently or with the simplest of words. Putting together a collection that was part archival pieces and a group of new things was  something I didn't realize I missed so much. I fell back into the process but with unforeseen hurdles, like always every season, but these due to work needing to be completed in Doha where I knew no one as far as a technical team able to work in a couture capacity. This wasn't about a few seams and a zipper. But I found them and they were every bit as good as my team finishing the last 6 pieces in a record time of 4 days, including the complete removal and re-embroidery of thousands of crystals on a hand made lace column created in India. The collection was a hit, I was on TV 3 or 4 times, interviewed on the radio twice and featured in the newspaper  6 times or more. Then the fashion magazines got into the game with a few profiles and images of the clothes from the runway. After such a drought it was like a flood and I loved it. Then home and back to the quiet life. 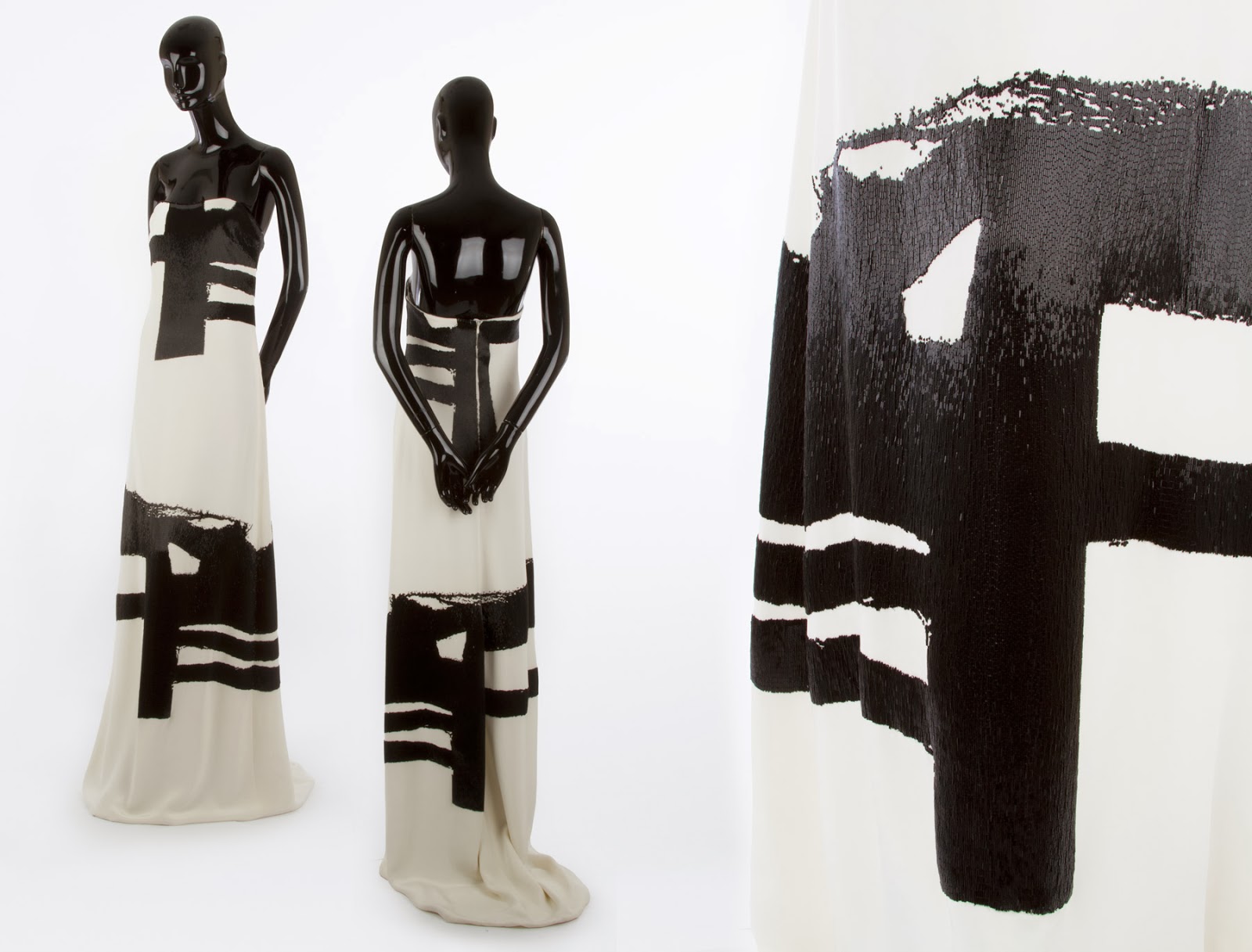 All along I've been working on a book. A lot of start and stop but over the last few months its been a steady flow. That has taken me away from writing here, but it is what it is. Its a pressing project that needs finishing, but easy it ain't. Memory is a curious thing. Mine can be spotty and selective. The stuff you'd rather forget is too often the stuff that needs to be shared. Otherwise, the story is a joyride and no one wants to read another story of a designer's glory days and nights romping from one success to another. My career didn't work quite like that, so it takes time to excavate. Maybe my story will resonate with your stories. No path from point A to point B is a straight line.

There's more great shit from this past year like my trip with Anton to Thailand (Bangkok and Krabi on the Adaman Sea) and stopping off in Qatar to say hi for a few days, but I'll break for now. Thanks for your indulgence.

This happened. "Met’s Costume Institute to Be Renamed for Anna Wintour" It's time to get back to blogging.

Just saw the beautiful gown pictured above up close at the Museum at FIT this week. It is breathtaking. I am glad to see it so prominently featured in the exhibition and hope it brings ever more and new appreciation to your work, Monsieur Gaskins.