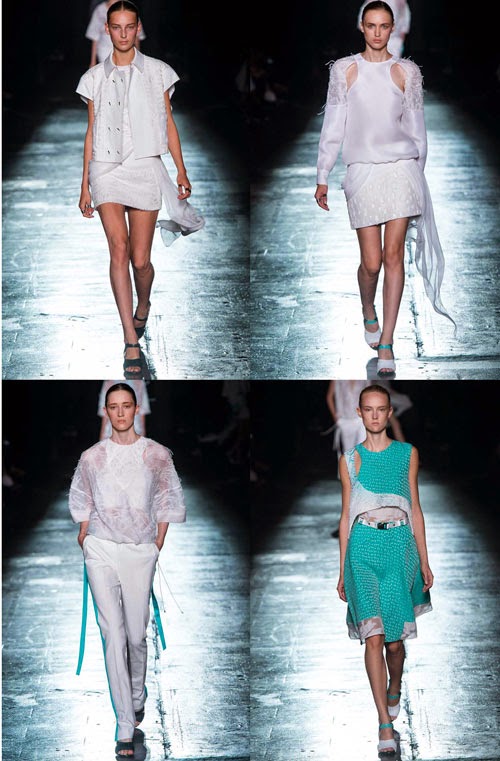 It all started so well. Like his debut collection just a few short years back, Prabal Gurung showed more promise than most in the field of new, young talent. There was a purity of vision and purpose that was exciting to see. The opening to his spring 2015 collection had a similar feel. But from look 5 or 6 all the long, long way to 33-37 of 38 exits, there was nothing short of a drought.

Too many details and looks reminds one of others work: Dior, LVuitton and bits and pieces of Ralph Rucci. The trailing ties and tails were all too familiar from RRucci's last spring collection. The odd-ball patchwork of prints and solids in successive looks with asymmetric ruffles and feathers tacked on for good measure did little to strengthen his message. They brought to mind the retread of LVuitton. Ghesquierre sent out  a group of dresses late in what was another endless show of banalities that also played the patchwork game to equally dull effect. Though Gurung has more drape in his arsenal the result was too similar. The question that dogged my mind was how many dresses can one dress be? 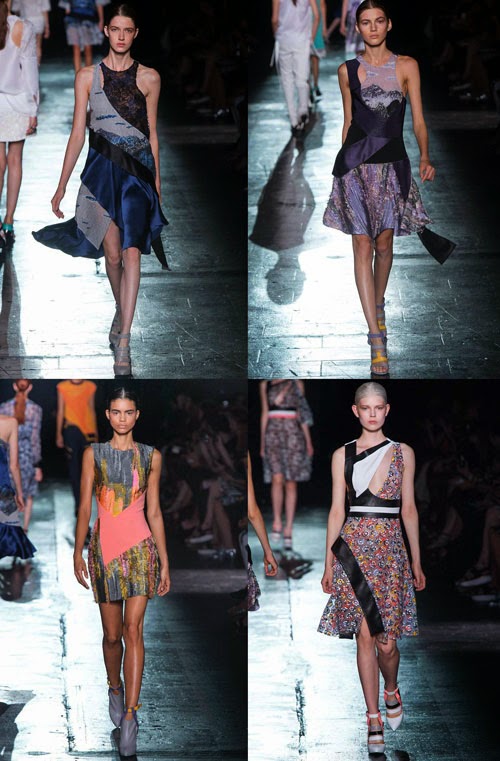 The references to tough chic moto cross trousers in silk complete with stripes across the leg, cargo zippers and all in multi-colors look forced and not particularly cool, though the accompanying blazers did have an interesting edge. That's the irony in all of this. COOL seems to be the very thing he's trying to express. Like in the beginning with a fellow contemporary Altuzzara, they both worked overtime to appear edgy and ahead of the curve. Altuzzara has moved on. Gurung is still attempting to draw water from a parched well. The small group of knits he showed over trousers was one bright spot an an area that could be further elaborated on. 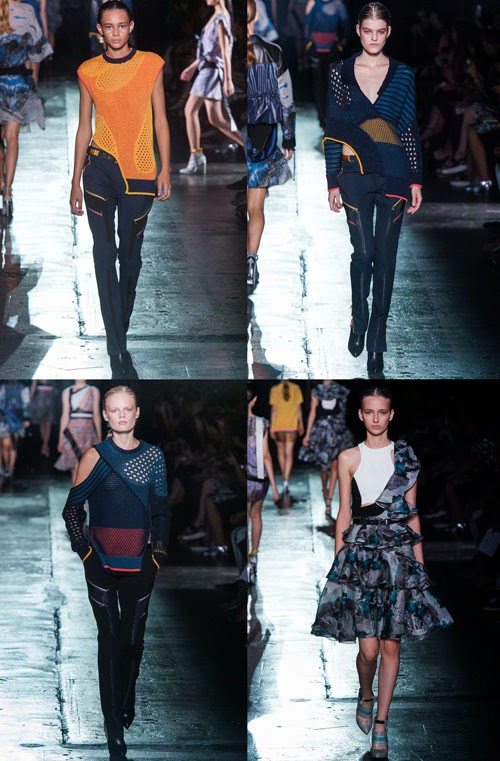 Deconstruction is an interesting way to find the essence of an idea. Gurung appears to be committed to this idea but with mixed results. Not until look 33 appeared did it seem that he's found his groove. Still, the mix of shapes, eroticism and technique came together in an exciting way. Great gowns worth seeing on a great looking woman. Maybe less would go a long way towards more. His star shines bright nevertheless. It goes to show that clothes are not the most important currency of a designer..... 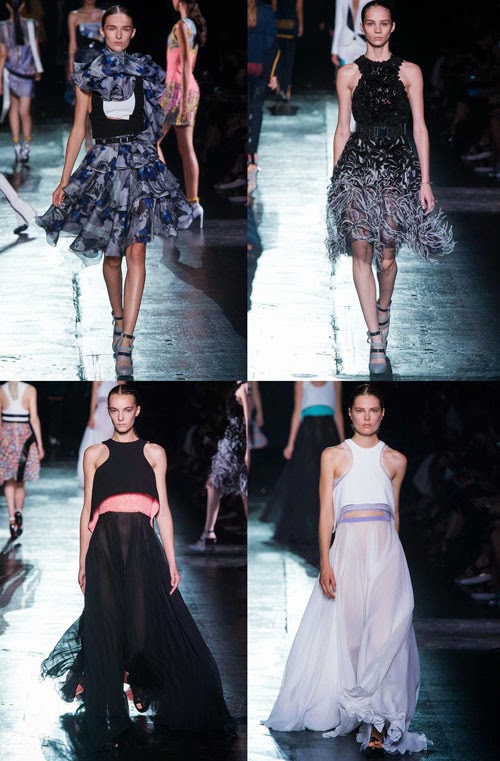