Hermes: What's in a name? 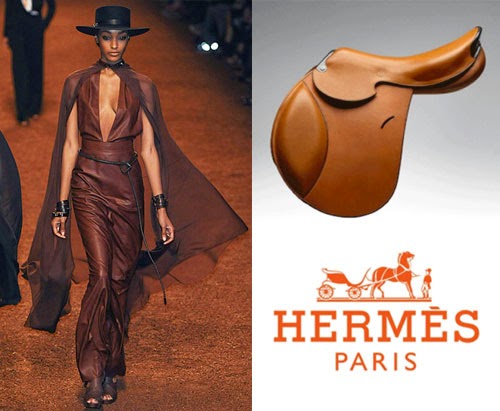 Everything and nothing. If my memory serves me, Yves Saint Laurent had a series of French bulldogs during his lifetime. Each was named Moujik. When one died, he'd replace it with a new puppy and name him the same, Moujik. I think the Duke and Duchess of Windsor did the same at least with some of their dogs. This certainly is no crime but it begs the question, What's more important; the name or the dog that's branded with it? I'm sure the first Moujik was a perfectly nice little man but who knows the character of the characters who followed. Some I know were not so nice, even willful little creatures who thought nothing of biting and relieving themselves wherever they liked. Still the name remained despite an ever changing cast. 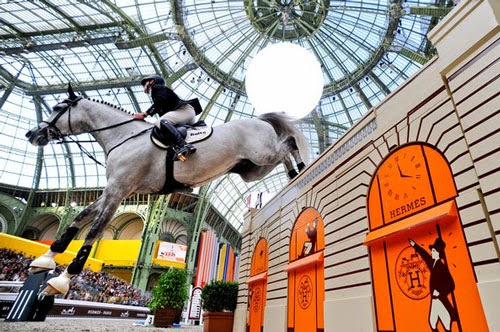 I, personally, have never named a pet the same as a previous one. Really, how do you name a horse Fluff? One was a tiny poof of grey fur that I could carry in my pocket and the other was anything but tiny and did all the carrying. Bailiwick and Gomer (Fandango) would no more answer to Fluff than I would, well, until I did but that's another tale... 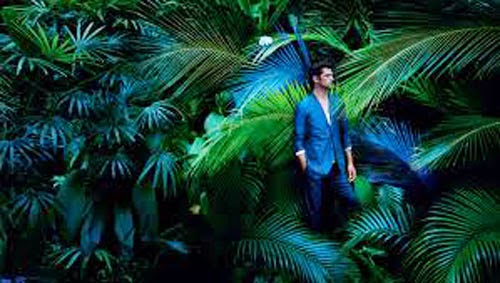 Of course, companies and products have names that don't change no matter who sits at the front desk. What does change is the integrity of the product or services offered. Sometimes for the worse, hopefully for the better. It's the perception that matters most. If for instance a company like Hermes rests comfortably on a history of supplying the world with luxury products like silk scarves, beautiful timepieces and jewelry, exceptionally crafted leather goods from bags to belts to saddles, if Hermes' reputation is built on that and they then put that name on more transitory products like fashion for men and women one expects the same level of quality, craftsmanship and creativity. One does not expect a series of designers with such disparate views that none relate to the other. That isn't to say that they should or could be of one mind. But the company should be of a mind to create a continuity no matter what.

Margiela ran things early in 2002 or so for several years. Honestly, Hermes at that time was off my radar. The accessories were what I craved and none were in my reach until they were. My eyes were caught on the watches and belts and beautifully made notebooks. My eyes are still stuck on the same things. Not the big obvious, gauche "H" buckled belts but the ones that were so perfect and logo-less. The clothes just didn't resonate. Maybe they were too "mature" though I'm in my fifties. They were square in that Faubourg St.Honore' way that Japanese and Russian tourists and dim witted Americans love. The obvious. 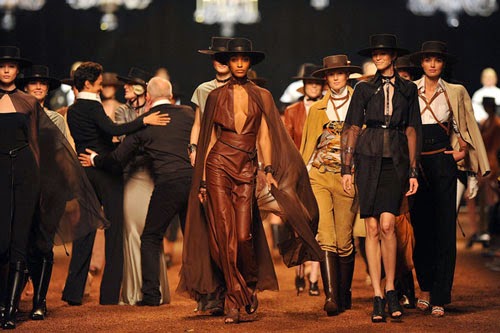 Then Gaultier appeared and the women's ready-to-wear took off. He gave people a reason to go beyond the mere scarf or de rigeur Birkin, creating a hyper-luxe sporty collection that made me drool season after season. Then suddenly, FINIS. Gaultier made a strong argument for Hermes as fashion and not just as a bastion of the ultimate in accessories. 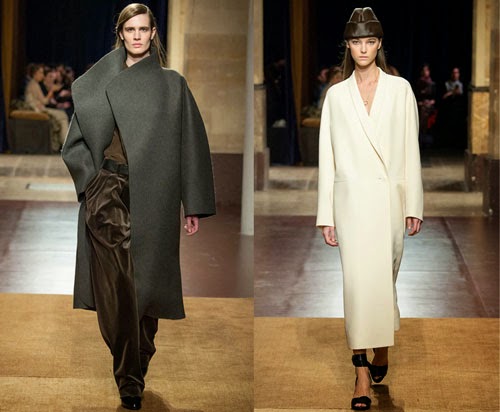 Along comes Christophe Lemaire from Lacoste and showed the saddest clothes to come out of those workrooms. Still the Dumas family gave it their stamp of approval. Why, when it took the perception of this storied house into a world of the mundane? Yes, in time it got better especially in the last 2 seasons, but never to the level that is synonymous with the grandeur of the Hermes legacy.

Now we have a new Chief Executive Axel Dumas with ideas to "capture" the market and imagination of a luxury clientele. In Lemaire's place they have installed Nadege Vanhee-Cybulski who most recently was the design director of the American brand The Row after stints with Maison Martin Margiela and along side Phoebe Philo. Certainly, Ms. Vanhee-Cybulski will up her game. Having come from Celine and the Row, one imagines monastic minimalist luxe fabrics and shapes. At the risk of passing judgement before the fact, I can't help wondering how this is an improvement. Looks more like "same name different dog".

Perhaps some houses are better off doing what they do best and what they are known for. Unless, it's an ego driven decision on the part of the Dumas family to compete with the likes of LVMH and their stable of luxury fashion brands, I see little point and lots of wasted Euros to carve a niche that is already glutted. I'm content to buy another notebook in another irresistible color, say taupe to go along with my black and brown ones. They never disappoint and only get better with age. Musical chairs is much more fun when you race against others who are racing as well. Stepping over dead bodies to grab a chair with 3 legs doesn't have the same excitement. 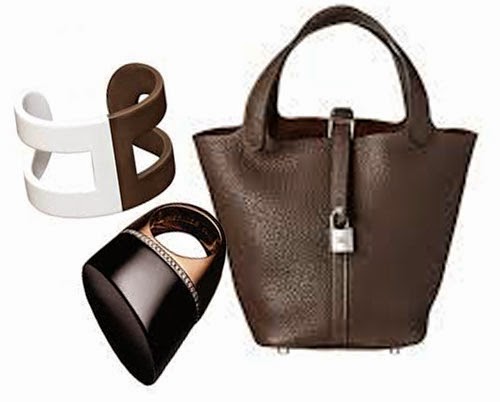