I've sat quietly digesting the events of the last week. I am not privy to the nitty gritty of the story but am imagining what possibly happened having known Ralph as a friend for the past 6 years or so. The departure of Ralph Rucci from his storied house sits in my stomach like a jagged rock. I doubt that I'm alone in wondering what went down. The press release states obliquely that he walked away willingly from his couture house to pursue other creative endeavors. Besides his furniture design for Holly Hunt, his painting and other activities such as speaking engagements, there don't appear to be any other creative pursuits beyond designing his eponymous collection. My impression from numerous occasions where we've spoken, dined, hung out and laughed is there is nothing in the world, nothing, that's more important to him than his chosen metier. Having had the privilege to witness 5+ collections seated in the audience, I can safely say there are precious few collections that have filled me with such wonder, amazement and satisfaction. And almost none where I felt that I was a witness to the very best that design and fashion in particular have to offer.

The audience at these shows would sit rapt in attention as every look came past. From the clothes, divine, to the accessories, unseen before, and the elegance of his models who never took center stage but showed the clothes with a quiet, hyper elegance transcending the almost banal concept of what a model is today. They were like a sleek army of reed thin Amazons doing battle with the status quo and then seducing a 1000 people huddled in a dark cavernous room. The ovations at the end were almost always standing and endless. More than that, one left feeling as though something important had just happened and we, the fortunate 1000, happened for once to be in the right place at a decisive moment.

The financial strain was certainly a herculean weight on his shoulders but it never stopped him from doing his best. His best can not be compared to others efforts. Simply, because his mission started 30 years ago and never wavered from its original target. Schizophrenia just doesn't exist in his aesthetic. The thread is clear, taught and reinforced with steel cables. This explains a clientele as loyal to him as say the Balenciaga or Beene client. These women just don't see fashion as having any weight, vision or ubiquity unless it is from the hands and atelier of Ralph Rucci. When Diana Vreeland talked about Mona Bismarck at the time that Balenciaga closed his house, she said,
"Mona took to her bed for 3 days...You have to understand that when Balenciaga stopped it was the end of a certain part of her life".
I'm sure that the same goes for the Ralph Rucci client. I saw women at his shows who wore his clothes from top to bottom. They didn't believe there was anything else worth owning and wearing. What of those women who ordered countless outfits each season, spending hundreds of thousands of dollars? What becomes of them?

I have trouble believing he left willingly. It seems more plausible that the new management (the Marks, Nancy in particular, Guy the CFO and "Joey" the CEO) took steps to encourage his departure. What did they want that he wasn't producing? Fast fashion? Price points in the $500-$1500. range? Maybe they wanted him to design the couture and put someone else in place for the ready to wear? The bottom line is there was no ready to wear. It was either couture lite or Haute Couture. Meeting them briefly, they appeared to be the farthest thing from managers of a couture house. Hooking up a caboose of start-up designers in a mass showroom under the aegis of "Joey" to the Rucci organization is like tacking a paper tail onto a Grand Prix dressage horse. Then consider him, Joey, as the new CEO over Ralph and calling the shots along with Ms. Marks who's experience in the couture is writing a check and putting on the dress. Who does that?

The last time I visited I asked in the workroom what the gowns were that were on forms with the bulk of the staff working feverishly on them. I asked if they were new designs for the show which at that time was about 6 weeks off. The answer that came sent a shiver down my spine. They were all for the new owner. It seemed that all important production, that bane to the existence of a new collection in need of equal attention. Yet, production was on hold as was the creation of the new collection and all for the needs of the new owner. Priorities appeared dangerously skewed.  The heat I took in my studio to start the new collection when production orders for the previous season caused shouting matches between me and my production manager. To stop all the works to make a number of very time consuming gowns for someone, instead, was met with a firestorm. It just didn't happen. 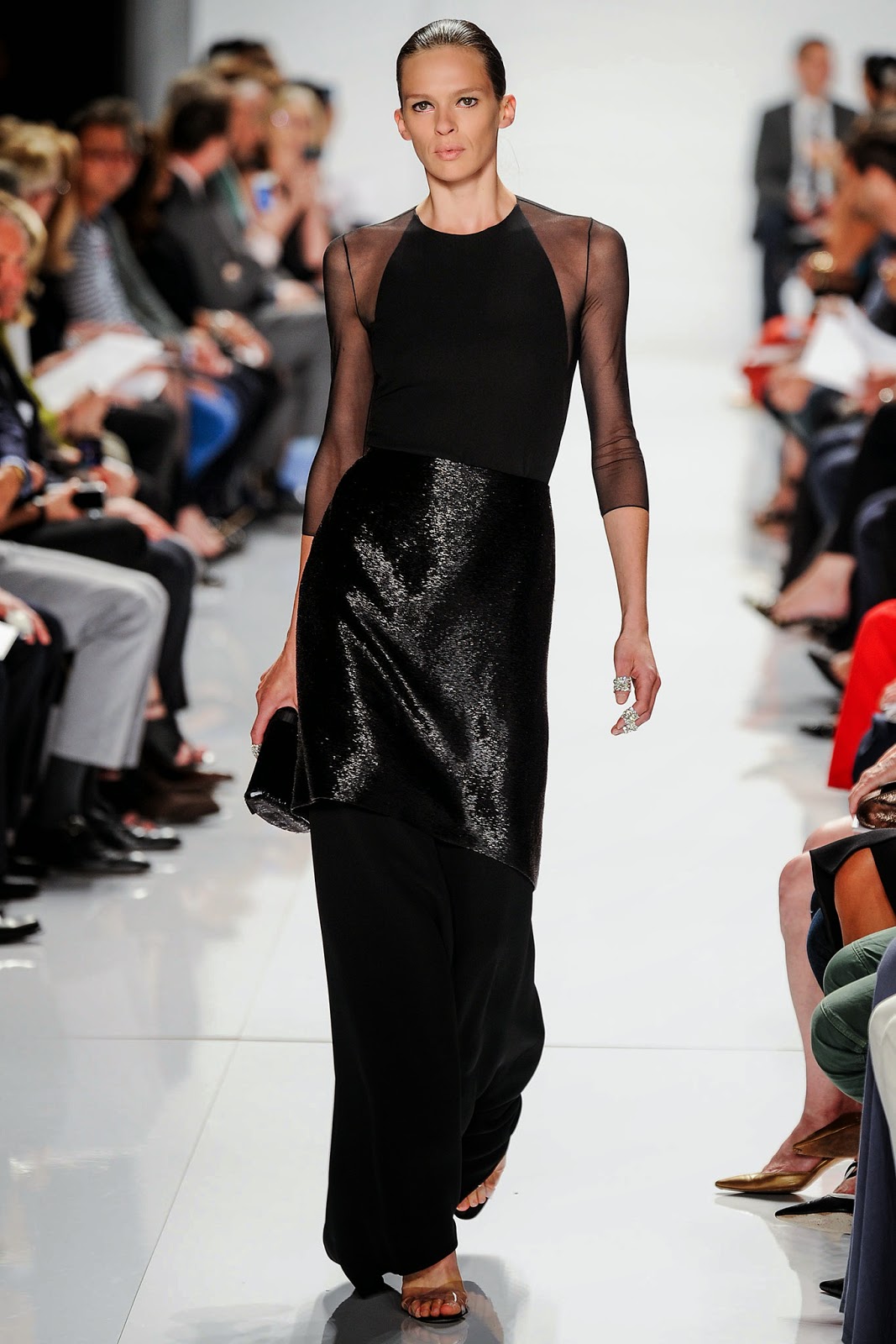 One doesn't expect this sort of behavior at a company as vaunted as Ralph's. But this is what looks to be the case. It's so unnecessary and wasteful in an age where nothing seems to hold any value. When investors come in to save a company and then turn around and strip it of its essence, Ralph Rucci, then the business model proves to be flawed and blind. The consequent exodus will prove this to be true. For the record, I've not spoken directly with Ralph since last week. This is solely my speculation.