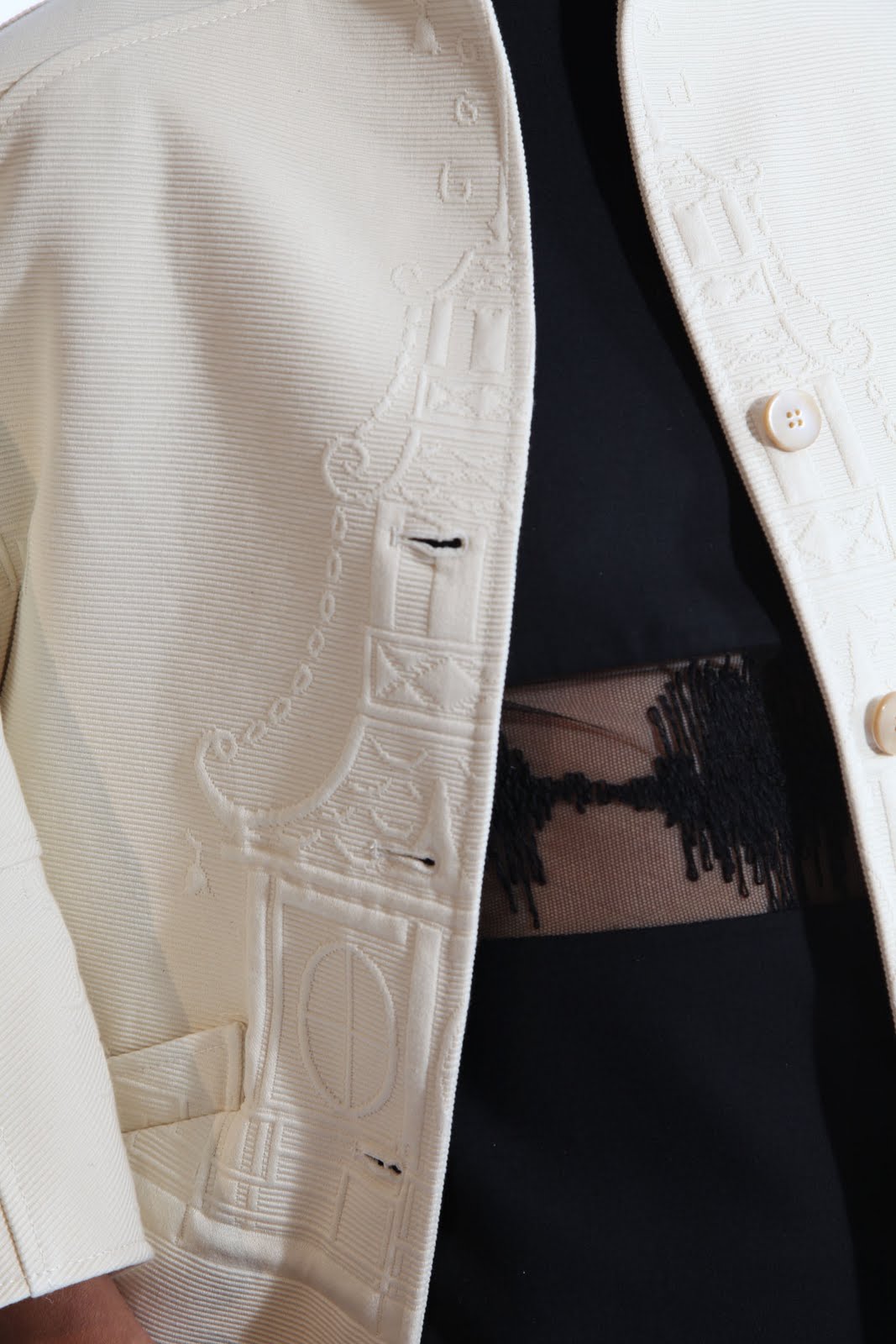 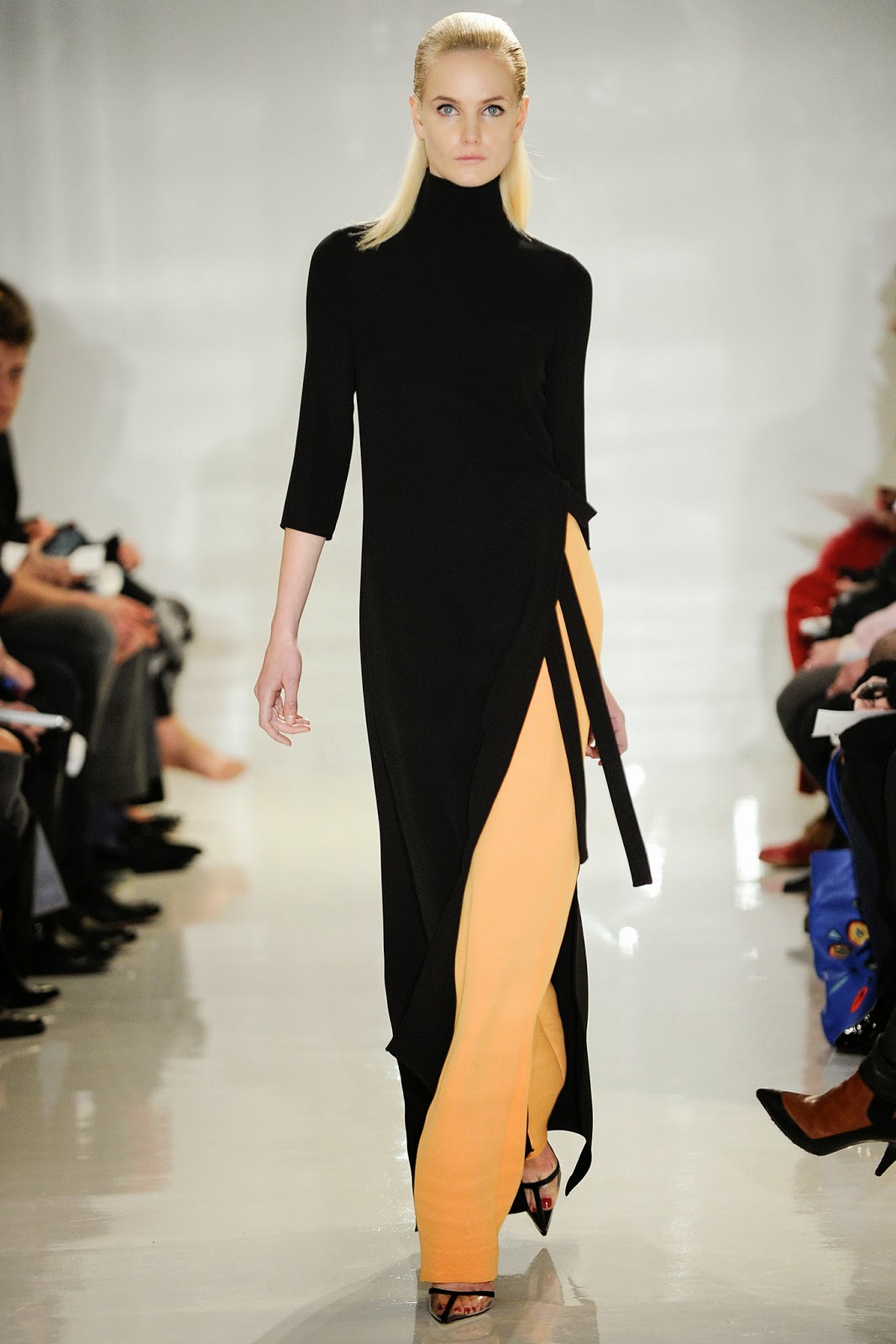 One has to wonder how a designer who's collection is on the same level or higher than the most important couture houses in Europe could remain almost permanently off the radar of fashion magazines the world over. With the exception of his ad campaign shot by Steven Meisel over the last 2 years, there is rarely if ever a sighting of his work in the editorial pages. Otherwise, one fails to see even that. The problem that irked me most was the almost deliberate refusal of these magazine and newspaper editors who had pride of place in the front rows of his shows. Anna Wintour was never in attendance, either here or when Rqlph showed the Couture in Paris.I have a problem with that as it makes little sense considering the description of her job. 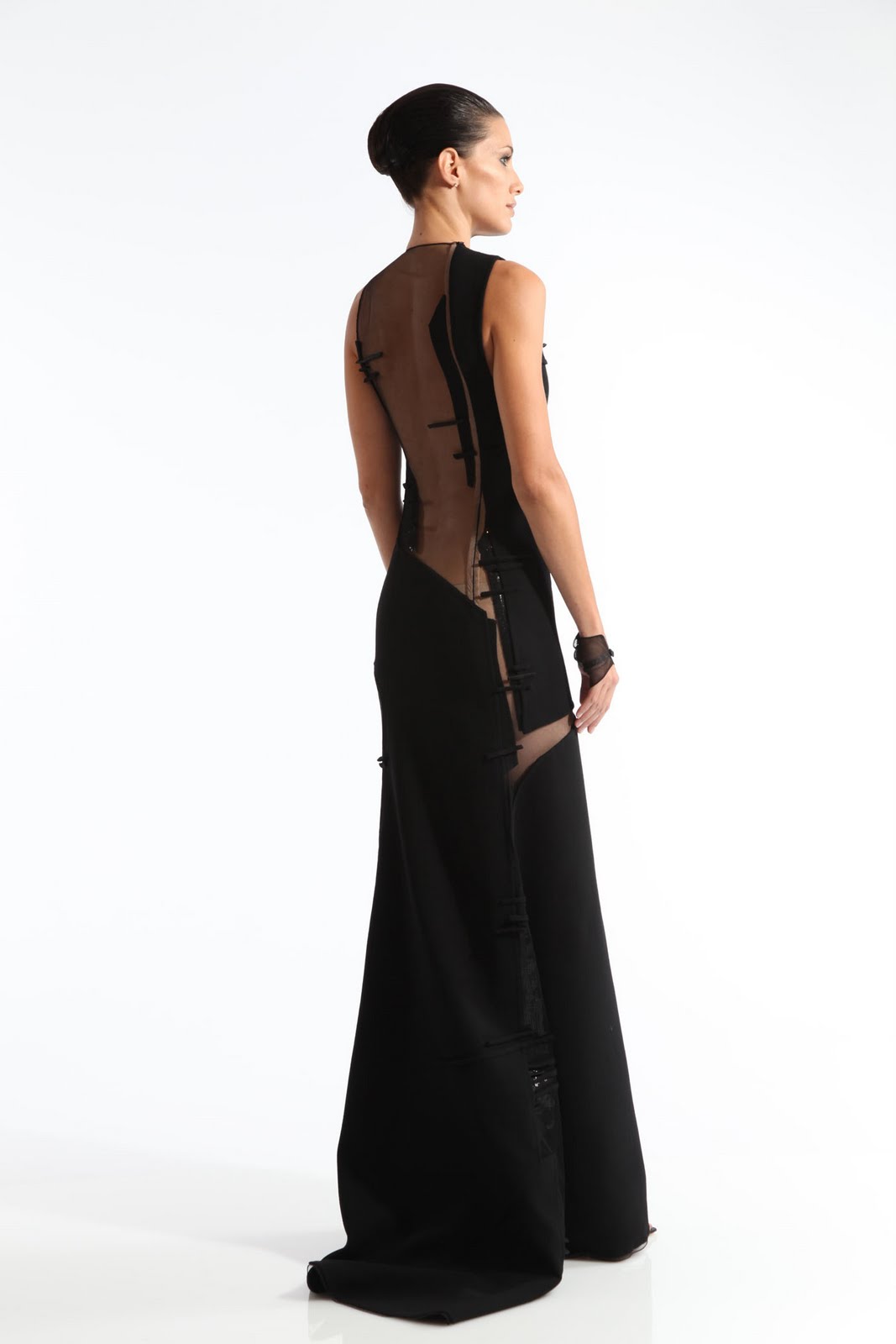 The implied dismissal by a press that should know the difference between the mediocre and the divine, I know, big sweeping word, divine, but to many, including me, that's precisely what it IS. What were they so afraid of? Perhaps, his work would overshadow the formulaic contributions of others. Maybe modernity trumps the mundane. Possibly, it came down to whomever pays for ads gets to play on the swings. That rule is a very slippery one as so many exceptions are made. The Vogue Fund with its council partnership is just the perfect example. Check out the Ovation channel to see just how the "system" works. 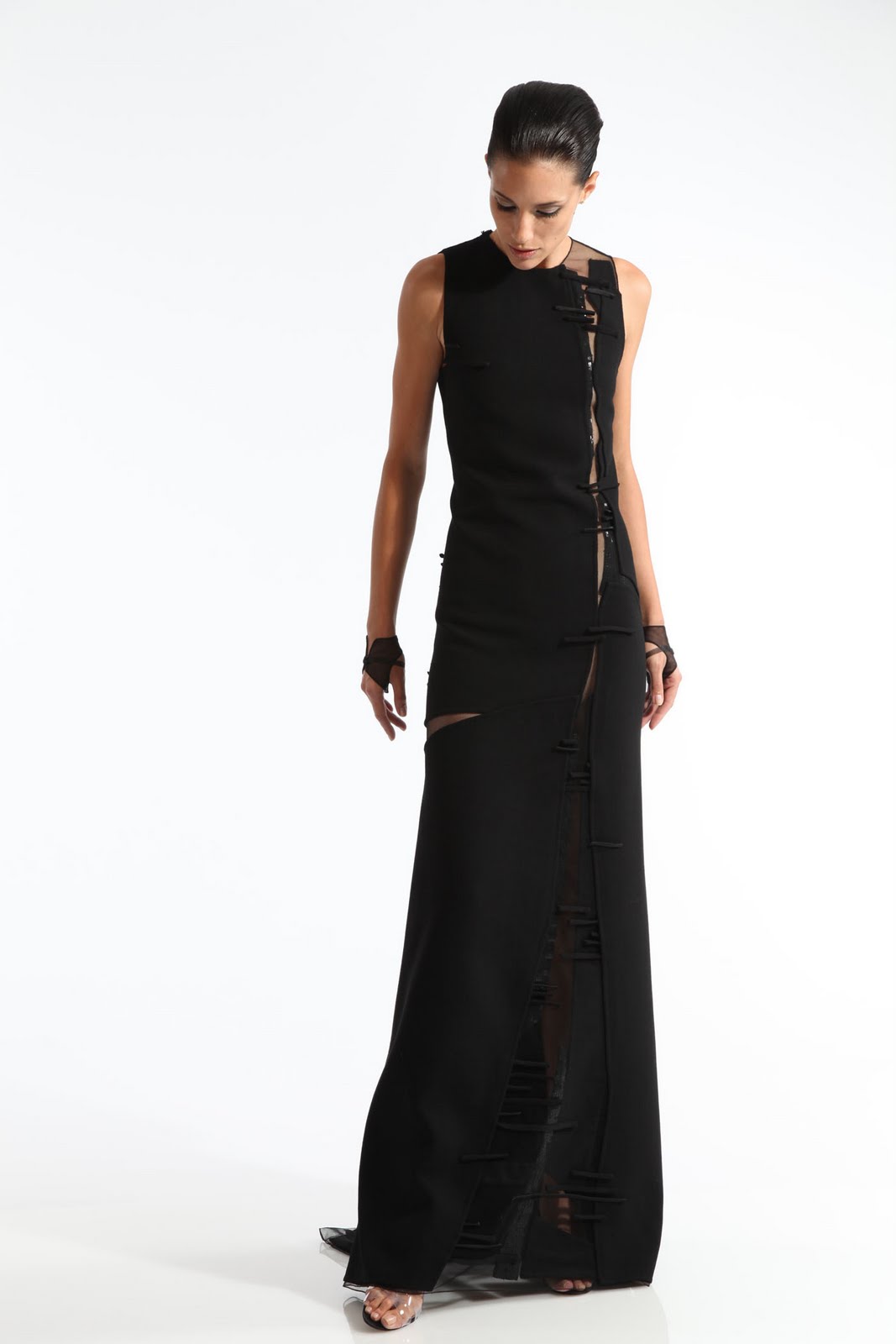 My anger doesn't do anything but creates division and bad feeling, mostly for me. Ralph is a very Zen person. How can you create in the way he does and be anything but. His world is one filled with an appreciation for every single detail and element that conspires to be a thing of beauty. He's like a composer who's capable of playing every instrument in the orchestra. That is a wondrous thing to behold. It exists only rarely in precious few.

Perhaps this is an example of the new regime. Control is the new term for team playing. The owner rescues a struggling concern and then dictates without prior experience in the field. The designer must now march to the owner's beat or else... It happens everywhere now. The contract a designer signs serves management and benefits the designer, only temporarily. Management now controls the long game, the short game is the domain of the designing squirrels scrambling to get a nut. 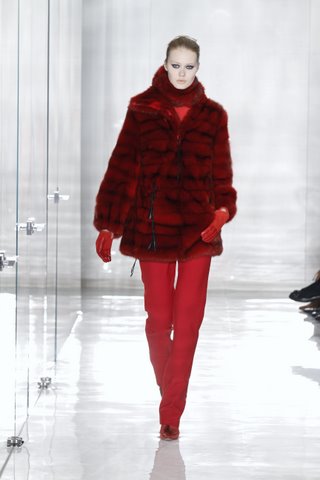 It looks as though largess of the sort slithers from the hands of editors-in-chief to the head office of conglomerates. The tops of the mast heads "suggest" to the LVMHs, Kerings, Puigs to bestow plum creative directorships to the same stable of 10 spreading around their mediocrity.  Throw around a name often enough, move them through a few old and true design houses and you may even create a new brand in the process. Fashion clearly takes the backseat. Few people seem to see it that way and yet it's writ large on every surface, shop window and page. It's something to consider. The new mediocrity is here. All else left the building before the opening credits.

I'm sure Ralph Rucci will be fine, even better than fine, happy even. At least he no longer has to submit to the whims of people who are better suited as extras on some regrettable Fashion based reality show. The conversation appears to focus on who will replace him. High stakes fashion has become a blood sport. One gladiator is mauled by the Emperor and another is thrown to the lions.

Ralph was represented nicely on the Red Carpet.
Who cares if Vogue ignored him. Vogue is no longer
the fashion bible it once was. Nor is any magazine.
I spoke to Ralph about this about 3 or 4 years ago.
Suggested he connect socially to a new audience.
It is and was under his control. As you know -having
you own biz comes with all the blame even though
you are talented beyond all.

Ralph was represented nicely on the Red Carpet.
Who cares if Vogue ignored him. Vogue is no longer
the fashion bible it once was. Nor is any magazine.
I spoke to Ralph about this about 3 or 4 years ago.
Suggested he connect socially to a new audience.
It is and was under his control. As you know -having
you own biz comes with all the blame even though
you are talented beyond all.

The presence of Editors at a Fashion Show is always a must. It pleases the buyers from all over the world to see that recognition. Well at least in the past it was an editor's duty to be there , even if one wrote a bad review. Maybe they are too busy with their own " Ecurie" of young mignons, grooming them to be dutiful employees.As for the red carpet, that is an old and tired poney and dog show....We have lost too many great designers lately...too much politics.

Trust that we all are exactly where are meant to be in any moment and that things unfold exactly as they should and must. Trust. Life is not a craps shoot; rather, it is math and it is magic and all will be well for those who work with love and intention.

Will Ms. Wintour wearing Margiela
designed by Galliano mean the
business will skyrocket?