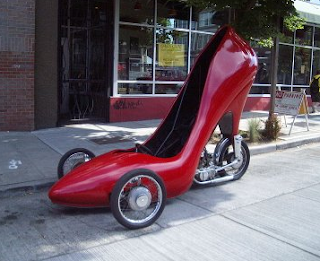 Fashion is a sport with fixed betting. It's not for light weights and certainly not for the naive. High stakes Fashion tends to be played by it's own rules with weighted dice. Very little happens by chance. Almost never does someone come from the Port of Authority with a Singer sewing machine and a dream and end up as Creative Director of Liz Claiborne. It doesn't happen.
What is more, one doesn't necessarily end up winning CFDA Awards without the consensus of a committee, let's say the leaders of the organization, and to some degree the membership. But there are surely outside forces up the street and around the corner that play an important , if not a silent role in all of this. It ain't Lotto. Being In it to win it is an oversimplification. Having a company ,constitutes "IN IT". But, there's "In It" and and just in it. Design ability or talent, let alone sales in the market place aren't necessarily deciding factors. This is where it all becomes rather murky. Clearly, night vision glasses are an accessory necessary to find ones way. 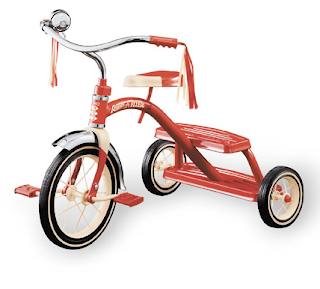 Peddling is not easy in 5" Laboutins , but with the help of a darkened windowed Escalade , one can teeter around without much problem. Sitting comfortably behind ones desk and holding audiences with the constituents is certainly even easier. Influential editors placing designers in key positions of large, and important companies has become the new substitute for headhunting. Head hunters per se are a thing of the past. For lower level positions they have their hands full , but for big game hunting , they pretty much stay at the campsite. The major players come to the most influential magazine editor(s) for direction. They need to be editorialized and touted and appreciated by these magazines. They want to pump huge advertising budgets into said magazines so these editorial pages are guaranteed, so they ask the the big game headhunter who they should hire. There is a list of malleable favorites. Malleable , meaning designers who will answer to the editor's whims as well as the demands of their employers. In this way everyone is happy. I can't imagine as Creative Director of an international brand having to take direction from a magazine as to what should be in or not in the collection I'm about to show, but that's the price of stardom. That's akin to guzzling fish oil.
It's all very neat. The press love a love match and the magazine has satisfied it's appetite for control. Control is the operative word.
To list these love matches is tedious and unproductive, but when you see odd marriages fall to bits, you have to ask yourself what went wrong? Companies make silly choices or they make hasty mistakes. An Isabel Toledo was a pretty clever choice for Anne Klein and yet someone pulled the plug before the lights were turned on. That was a boo boo. But Tod 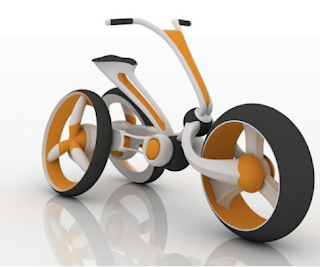 d Oldham for Old Navy,Patrick Robinson for Anne Klein and to a degree for Gap is a bit iffy, and Lars Nillson for his last 3 positions were all examples of companies buying the Kool-Aid by the keg.
It's great to have your number called. It's a designer's dream , but too often these are capricious choices with little basis in sound business management. Fashion is a business and one that should operate as one.How about the best person for the job and not the pet who pleases the Wizardess of Oz.
This shouldn't be a fixed dog race.
Posted by Fluff Chance at 6:23 PM

Fluffy, this reminds me of the recently purchased membership in the CFDA by Ashley (would-be actress) and Mary-Kate (known drug addict) Olsen. So now if you simply own a company, you're qualified for membership? What the hell? Do these secondaries know the difference between a French seam and a line of blow?
Lucky

Lucky,
I've wracked my brain to try to figure out just exactly what a "line of blow" is in the Dressmaker's Lexicon. I think it's when a skirt is both gathered at the waist and cut on bias in a full circle,but is shorter in front. This give it both fluidity but more importantly, "Loft". Now one or the other of us needs to get our people in touch with their people and clue them in. This could be the difference between a nomination next year or one 2 years down the road.

This made me laugh. "Almost never does someone come from the Port of Authority with a Singer sewing machine and a dream and end up as Creative Director of Liz Claiborne"

Isn't that the dream?- to win accolades and acknowledgement in the form of monetary rewards based on your true talent and abilities rather than who you know and who knows you? To have your art sustain your life and visa versa and have those around you support that existence in honest and encouraging ways that encourage originality, exploration and growth?

Maybe I am a bit jaded and can't see originality anymore - too bombarded with "designers" that simplify and repeat to sell. They don't dream of exploring technique or construction of the garment. Or failing so that they learn how the body fits into it and the material can flow around and against it so that the next project is improved upon. Maybe I am too much of a home sewer who despite knowledge prefers to make things for selfish reasons called technique and individuality or maybe I am just getting old and reaching back for an ideal that never existed anyway?

Regardless because the market supports this type of designer we many never see or rather acknowledge and applaud true creativity until it is too late to do so...

So true, so true, but also the truth is that most consumers can't see that they're being used and think that they can buy the fantasy.
Between fashion designers,advertisers and the editors, it's almost as if it's some kind of "payola" scheme where dollars still rule. If they like you then you're it until the next big "design star' comes around.

I liked Todd Oldham and things got so bad for him that he also left the design game for a while because he was burned out from the drama.
I've never really cared for Old Navy's clothes, but when Todd first came on board, his designs were pretty nice. I took my daughter there yesterday for school shopping and was totally disappointed by what I saw, the designs are so ugly, they had me wondering if he still was the designer?
To me the biggest coupe for us "Barganistas" was when Issac Mizrahi had the deal with Target. Nothing has topped that, not even H&M. Will he do the same for LC remains to be seen. He is getting a lot of press in the right magazines such as O and More,etc.

oh, Fluff how I adore your posts.... all oh so tragically true... when starlets and celebutants and the common nouveau riche can buy themselves some "street cred", alas, it does not bode well for the future of the industry, no?...
I do think that because "fashion" was become such a huge $$ business, it is fertile ground for all sorts of unsavory practices by questionable people who just want to make a quick buck.
In this same vein, it has enticed big multinationals that make laxatives to buy fashion houses to diversify their portafolios and increase, at least on paper, the "value" of their stock (so that their execs. can get they million plus bonuses at the end of the quarter).
Of course, these same corporations know nothing of the strange world that THIS particular industry is about, being that a laxative is a laxative in any country or language and it's easy to manufacture year after year at a small cost and large profit margin... but, how do you successfully market patent-leather leopard-printed thong bikinis for... men, as a Fall must have? how do you make a coffee bean sack into the IT bag that causes stampedes at Saks?
So, they rely on the oracles of fashion that sit @ such places as Conde Nast's offices to guide them...
now, if said oracles were truly impartial, well, that would be one thing but, they're not; they are biased and have their own agendas... thus their beholden minions get the prized press and exposure and lucrative contracts at the expense of others that might truly deserve them due to their innate talent.
For the long term health of the industry, I hope this vicious cycle comes to an end sooner rather than later... until then, we'll probably be stuck seeing the same cast of characters playing musical chairs while the real talent is ignored.

Amen, Fluff. Yet another gratuitous spread--and I do mean spread--of Marc Jacobs in Vogue, Bazaar or NY Times will not convince me that he is the genius they want us to think he is. An occasional good design idea does not merit the attention he and a handful of chosen few get (but has Lars ever had any good ideas?).

It's boring, and this laziness and neglect of other talented designers is largely the reason I don't buy Vogue or Bazaar anymore unless.

I think the best work Robinson has ever done was his collection for Target; unfortunately, he hasn't done much to impress at Gap. Apparently, Fluff, your only miscalculation was picking a partner who is not a Conde editorial staffer!

Happy to see you having so much success with this blog, and an insightful post. There's a new Web site on the fashion business, http://www.fashionbusinessreport.com ... with articles on Duckie Brown, Michael Kors, Urban Outfitters, Tuleh, Murad, and more, you have to go check it out! ;-)

Sorry to say this, but to cut a long story short, the fashion industry of today(I mean the segment hogging the limelight) is peopled or rather polluted by "control freak" editors, greedy&lazy designers and bimbos masquerading as assistants to these ppl whose are very focussed in the relentless acquisition of shoes, purses and clothes for free from the designers.Shame, Shame, Shame!!!

Ms. Chance, once again you are top of your game with the fashion cognoscente. I appreciate your candor, but would you mine putting actual names to the references. Or is that part of the game---we should know who's who? Can't wait for your next installation.

I think it a timely event to snatch those Laboutin ruby red slippers off of the "Wizardress of Design" and place them onto a well-deserved Glenda The Good Witch. Close your eyes, and click them heals twice Dorothy!