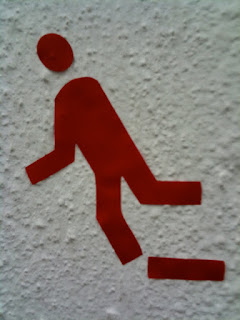 I've been possessed by the spirit of Scott Schuman since my arrival. The people of Berlin are so indicative of a certain style. It's not so much international as it is particular to Berliners. 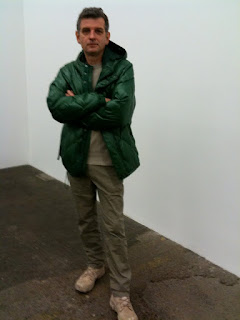 The street activity and the thousands in museums have given me an inkling of what they are about stylistically. It's really not about fashion as much as it is about personal style. There is a green-ness to the way people dress. Not that they're swaddled in hemp but that there is a practicality to the way they put things together. It's cold, damp and dark much of the day. Layers are consequently a mainstay of most wardrobes. Coolness is in how it is done and not labels, per se. One fabulous cocktail dress was made completely out of Pine boughs....Who'd a thunk it? Not even Rodarte. 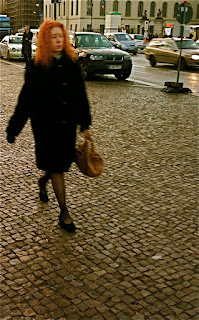 There is a 5th Ave. of sorts, Friedrichstrasse, with all the hottest shops, ALL of them. They seem to be more for the Russians than the Berliners. They were not packed , but 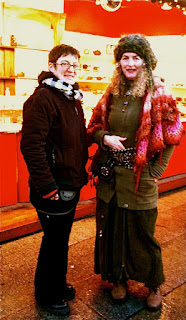 there was a lot more action in them than on Madison Ave. just before I left. One week before Christmas you could toss a wrecking-sized bowling ball down Madison and not hit a soul. It was DEAD. Here it's busy. A ton of street traffic paired with actual shoppers.

So I pulled out my IPhone and started shooting like Scott, only I didn't ask people to stop and pose, but just ran all around them till I got something I could share with you. Being the Sartorialist must be a tough job. But playing the SNARLTORIALIST was a walk in the park. I rather enjoyed it. Most of my subjects didn't mind that much. It was only in the Leather shops, Berlin is the German word for 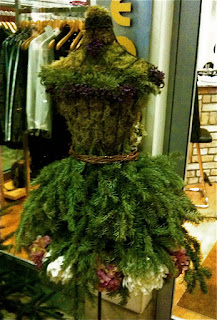 Leather, that I found a bit of resistance. I'll have to follow these leather-clad fellas to wherever they all seem to go at night to catch them unawares. 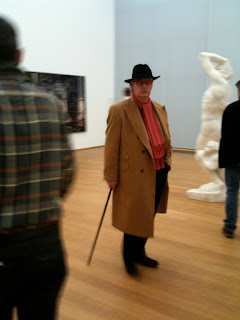 Animal prints are everywhere. In so many store windows there are snake and leopard spots covering every sort of article of clothing. There's also an unusual interest in eyeglasses. The more colorful and oddly shaped the better. Henna is Queen in this town, and all over Germany for that matter. You see henna dyed tresses in every shade from heavy handed to otherworldly. I think the Germans keep the henna industry alive. There is a charm to so much you see. There's an un-selfconsciousness which makes it so appealing 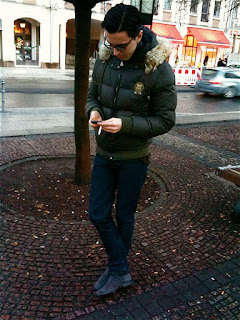 . Berlin has a decidedly East Village feel to it. It's not fussy and uptight. If anything it's more antic and excited about life, culture and making the most of things no matter how the chips fall.

Luxury lives in the materials, workmanship and quality of things yo 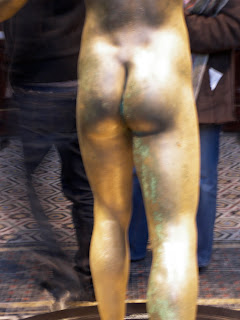 u see and find here. That always seems missing from the obvious designer offerings. The one item I've seen so far, and there have been many, the thing I'm aching for is a pair of deer-skin leather pants in a loden grey green. They have the consistency of thick rich chamois and are cut perfectly. They cost half a month's rent but would last me the rest of my life. Each day I weigh the pros and cons of buying them. Amortizing them over the remainder of what would be an average advanced age make 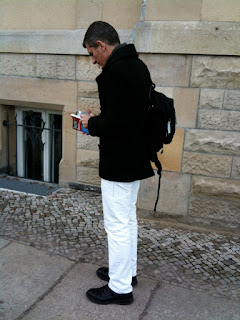 s them an obvious steal. There are 5 days left, so we'll see.

"It" bags are very different here. They are either very artistic or totally practical. Yes, you see a lot of 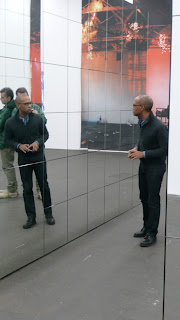 Gucci and Hermes but more Hermes than other things. I love it that the taste level in luxe brands is weighted towards the truly fabulous and not the everyday. Grocery 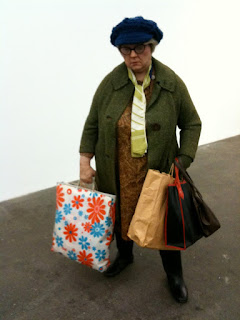 bags seem to be the "It" bag of choice.I saw lots and there was one lady in particular who believed that more was definitely better than less.
Posted by Fluff Chance at 5:20 AM

It's been nine years since I left Germany and the larger cities have the most stylish people there. I used to love to window shop because the stores would have the prettiest window displays. In Germany I wore what I felt like because no one was judging me for my fashion choices the way they do here. Germany and the countries closer to it are the trendsetters when it comes to modernity. I was planning to go back for my birthday, now I'm not so sure, anyway I hope you have fun while you there and stay out of the Weinstubes, LOL! Tschüs!

hey....i wanted to ask u sumthing.....dis is kinda off topic
i assume u hav seen de movie BREAKFAST AT TIFFANY'S...in tht movie there is a party/house warming kinda scene in the beginning....in dat scene,before she changes and gets dressed up for the party,audrey hepburn wears a towel/shawl like cloth that is draped very much like a sari (and a guy exclaims 'honey that's you,that's you').....i wud like to know de details of tht cloth...designer/material n stuff lyk tht....thot u cud help,since u knw a lot abt these stuff.....thank you :D

Dear Anonymous,
In answer to your very question:
Terrycloth, terry cloth, terry towelling, terry, or simply towelling is a fabric with loops that can absorb large amounts of water. It can be manufactured by weaving or knitting, with weaving on a dobby loom the predominant commercial method, having two beams of longitudinal warp through which the filler or weft is fired laterally.Terrycloth became accessible to the general public in the late nineteenth century. Many people admire terrycloth for its sensual qualities, and enjoy the way it feels against bare skin.
I hope that sheds some much needed light on this cloth that is both practical and imminently stylish.
Fluff