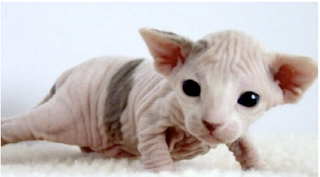 The growing and prevailing attitude by some Designers here and abroad are that bloggers are to be feared, silenced and ostracized. This is pretty dramatic and obviously a statement about the controlling of information. The fact that the information in question is not that of the traditional press but independent people with no responsibility or ties to that press. With designers like Alber Elbaz of Lanvin, Dolce and Gabbana and now Christopher Kane expressing fear and loathing of the blogging community many of us as a group are quickly becoming outlaws.

Dolce and Gabbana complained about their front row being filled with bloggers. This alone was described as a phalanx of lepers. Christopher Kane complained of the irresponsibility of allowing preteens to judge the work of professionals. Alber Elbaz's fears appear to be of the free floating variety. There are always going to be critics, journalists, editors and , yes, bloggers who will report irresponsibly and unfairly. The agendas of many are vast and filled with nuances. But more importantly, the information highway has more lanes than can be counted. Perhaps people in the position of being critiqued and judged are uncomfortable with the fact that they are now scrutinized without recourse. The days of banning journalists from collections because of critical reviews are now over. As long as the message was glowing all was well.

I think it's ironic that many journalists have said confidentially that they envy the voices of many bloggers simply because of our relative freedom of speech. That freedom that bloggers possess comes with an obligation to be responsible. My point of view and opinion is exactly that. It is no one else's but mine. Inflammatory statements are unproductive, hurtful and ultimately drive away one's audience. When the intention is to incite or provoke thought and a dialogue it can be productive. Wholesale destructive diatribes are only self serving and annoying. Bloggers who use their voices to create "brands" and steer financial rewards their way by means of salacious stories and commentary are a breed unto themselves. Most of us are just passionate about the subjects we cover. The financial gains are negligible to non-existent unless you are reaping benefits from product placements or have other business arrangements. This is not the case for most of us.

I've written things in the past that, in retrospect, were not always clearly thought through. That said, the majority of my opinions on the subject of fashion, the industry, the world of appearances and popular culture are sincerely felt and not off the cuff. I consider it a privilege to write and share my insights. I love nothing better than compelling, thought provoking collections and design full of heart and soul. The double standard inherent in the design community which mourns that loss of greater control of the news /infomedia is understandable but no longer valid. It's finally a democracy for grass roots journalism. Without the ability to control and manipulate the new press the powers that were have a level playing field which has thrown them off balance.

The smartest thing for all concerned is to do your best at whatever you're doing and let others do and think as they please. The worshiping of false idols and the wholesale manufacture of the Emperor's NEW Clothes only invites derision. Over-seriousness should be excised from the equation for both the creators and the critics and a lot more fun could be had by all.
Posted by Fluff Chance at 10:36 PM

I happened to agree with what Kane said. I see bloggers saying idiotic things every day. Every day for the past two years that I've been blogging. Most people don't bother to check the most simple information. Of course, I'm not talking about anyone on MY blog roll. My blog friends are perfect.

Fluff you've hit this one right out of the ball park! In all honesty Bloggers are putting magazines out of business because they're doing what they refuse to do and that is represent the masses. They represent everything from true avant-garde to the extreme in fashion.

The fashion industry are the ones who made Tavi and others fashion super stars of the blogosphere.

I'm older so I know a little more about fashion because we grew up with real designers who created something new every season, not like the designers of today, which are like...yawn.

Their job is not to sell clothes the way a magazine does but to get the reader interested in items they themselves would love.

My views are just that, mine and I'm not holding back from telling the truth of what I see going on in the fashion industry and in the world. I'm no writer, I just do this as a hobby and I love it!

There are some blogs out there that put magazines to shame and the sad part is that most of them are located in Africa, France, Japan, The Philippines,
Canada, London and in the USA. What they've created is a niche when there was not one. They are not afraid to be multicultural.

My blog is one about randomness, but with a conscious edge, because today's designers are too commercialized and don't include, nor consider the worlds consumers who have the money to buy their clothes and yet won't spend their advertising dollars with ads that feature them.

I would love to attend one fashion show just to see all of the hype. I've already begged some people who have the means to make it happen.

And if bloggers were not all that, why are they giving them the front row? They must have some kind of influence or most magazines would not be changing their websites to resemble blogs if they didn't.

Magazines comb Blogs for info and very seldom do we depend on them for anything and they don't want to share anything if we don't have it, often times we'll beat them to the news before they have it. Bloggers are like...opinions and everyone's got one!

Few fashion blogs or bloggers really have much to say worth reading. There are only a tiny few that have a certain quality of both aesthertics and logic. Before long, those few end up being co-opted by the mainstream fashion machine. Of course, other folks see this and want a piece of the pie too...they want the trips to the shows, the freebie clothes, and the like. Mainstream editors are facing competition in the the "goddie bag" stakes and lesser known designers competeing w/ well known bloggers for name recognition. Egos are hurting all over the place!

I can't blame bloggers for trying to have an angle and get in w/ the in crowd...lots to be gained!

As for Tavi...well fashion always like novelty. She'll be around until the next sensation UNLESS she really has substance. If she does, she could last and good for her.

OMG, I love you so much, damn, you're a brilliant and irreverent! My world just would not be the same without this phenomenon called a blog! Bravo!!!

WendyB - I agree, there are a lot of idiotic blog posts out there. But this is just reflective of the idiotic way people in general behave. Talking out of your ass is growing cultural phenomenon.

Designers need to really think twice about dismissing bloggers as uneducated wanna-bes though. Most successful magazine writers and editors did not intend to write about fashion. So to say an education in fashion is a must is ridiculous. Being culturally aware and being a good writer is all it takes. The rest is just clothing.

Magazine editors are watching and reading blogs, and they are taking note.

That was one of your most inspirational posts, Chance - thank you - As a fellow fashion blogger I take great comfort in your words. It's annoying but unavoidable to be caught in a sea of wannabees and free-bee-hungry gossiping teens. Best thing to do is get your head down and get on with it and the truth will out!
Keep up the great work. Miss Nash

@ Sandra - LOL - "Talking out of your ass is growing cultural phenomenon." It is so true, and I am afraid, also the way it works in Corporations.
Thank you for the early laugh, so well put!!

Hey, Fluff, is there a reference to you on Lady Gaga's video for "Bad Romance"? I think there is. Check it out.

Obviously some blogs like yours or the Sartorialist have been an extraordinary breach of fresh air in the over-stereotyped world of fashion... Yet the truth is that most good blogs come from people inside or close to the fashion industry, simply cos you can't give an interesting point of view on fashion if you know fashion only from what you see on the web. Which means as well that good bloggers are adults and not teens... Bitching about celebs or models or showing kids dressed from rags may look like the climax of high fashion when ur a teen in Minnessotta but that's not what makes the world of fashion fascinating...

great insight. thx. i've felt like bloggers are going to kill the glossies for a while now.

Fashion has always looked to the street for ideas.
Now the street is talking back and why not.
Nothing for anyone to be afraid of, least of all Alber IMHO
You're so right on about the Sartorialist.
Didn't Bazaar do something with bloggers in November..? Hello Vogue