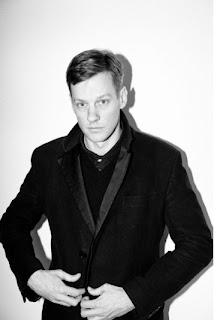 This morning I woke up to turkeys screaming ( but no longer in my yard, thanks to an ingenious man who sprayed the whole property with 300 gallons of water, olive oil and clove oil, which the tenacious birds neither like the taste, smell or feel of) and Cathy Horyn's story on one of the best magazines to come down the conveyor belt. Just last week I went looking for the newest issue but was too early, so I went home and revisited the 2 issues I already had. Joerg Koch, the editor of 032C, is pictured left.

I'd like to say that I discovered 032C on my own due to my insatiably curious mind. Well it is curious and insatiable and has been known to go rooting around for things that will enlighten, educate and entertain, even challenge. That was certainly the case with InTouch, Horse and Hound, Dressage Today and Honcho (when I was 16) but this German journal of culture, fashion, art and letters found me.

Some of you may remember I went to Germany and Berlin specifically for 10 days over the New Year's holidays. I kept a journal of sorts of the different things I did and saw over the course of many of those days. It was titled Berlin Stories and shared all sorts of things like my impressions of seeing the bust of Nefretete (German spelling; Nefertiti for those of us of non-German persuasion) the many museums that proliferated making NYC look like Junior High to Germany's Ivy League, Leather's popularity with a certain sub group of the population ( think big, bad, gay, objectified, fetishized, Daddy wet dream types) and the best Wiener Schn 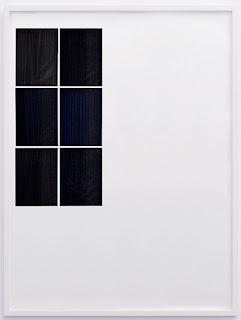 itzel this side of heaven. One of my entries mentioned an unexpected email and "Welcome Wagon" gesture from a very unexpected person.

I'd recently lost my main email address the week before immediately after having arrived at my boyfriend's ( oh, I mean "my partner", I'll never get used to that term) parent's home in the southern part of the country, very near Zurich. Some clever asshole hacked my address, stole the password, locked me out, took my address book and wrote the whole list of people telling them that I'd been mugged in South London, had a broken hand, lost my passport, wallet, cell phone, plane ticket, mind and needed $2500. to get out of the country. Embarrassing and annoying, especially when you consider that Google has yet to return my email address and mail continues to get lost in London by people unaware that I'm no longer the recipient. But I digress.

Within a couple of days of arriving in Berlin and the start of my quaint travelogue I received an email at Fluff's address from someone I'd never met, Joerg Koch, the editor in chief of a magazine that I'd never heard of, 032C. The email was addressed to Fluff welcomed him to Berlin and apologized for the Arctic temperatures. Joerg went on to say that he and his editorial 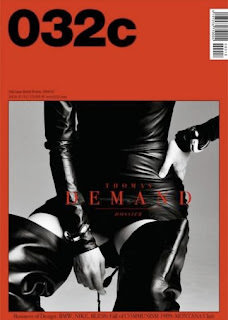 team were fans of the blog (who knew?) and that he wanted give me the 2 most recent issues of his magazine as a thank you for the many moments of pleasure that the blog had given him and his staff. If I'd give him the address of my hotel he would have them hand delivered. Nothing like that had ever happened, certainly not in New York and Europe was the last place I would have expected. When the package arrived, Joerg texted me to make sure I'd received them and suggested I return in summer when all would be more commodious. I was flattered and surprised. I wrote then that the magazine was a huge surprise in that it's focus, intelligence , insight and amazing aesthetic made it a new favorite of mine. Everything about it was so refreshing and made most of what we read here look pedestrian and uninspired. It helped that the issue was dedicated to Thomas Demand's major show at the Modern Museum which we'd spent 2 days walking through including a huge discussion with the artist about the installation and past work. All in all a very cultured and thoughtful approach to Art and it's relationship to culture. This was not your garden 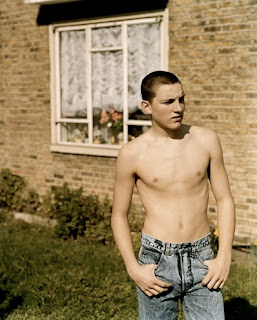 variety fashion rag. So to be taken seriously by such high minded guys was really an honor and a statement about their very democratic approach to information and it's many sources.

Cathy says it best in describing their brand of journalism in her story, "In the New World, Bravely" on her blog, "On the Runway" and in today's Sunday Style section. You all should get your hands on it. It's the one magazine that I've held onto and refer back to regularly. I wish I could say the same for Vogue, W and Harper's , but more often than not I buy them and never crack the cover. Not so for Horse and Hound or Dressage Today. As for Honcho, I don't think I've ever tossed a single issue !
Posted by Fluff Chance at 9:46 AM

bravo. i was happy to read that your generous and kind internet outreach to me was repaid by someone in a better position than i to reward you. huzzah for good karma, doll!!

i've hoarded all my old Honchos too (for entirely banal reasons) and never revisit them. my old After Darks, however, remain a delight.

oh, dear ol' Honcho... such tasty, tasty morsels!
lol
Another mag that I enjoy reading, which has interesting articles on global fashion, politics, economics and architecture, is Monocle. I learn something new with every issue...

032C needs to get itself some distribution on the West Coast. There's more to the US than NYC!

Thanks Fluff, I just placed my order trough Amazon, Palm Springs is not exactly up to date on " news".
You would think with our " hip" gay community, there would be more of a research of the "new" but nooooo
Thank god for Amazon. Keep up the good work, we are all reading you, us ,the retired from the Fashion madness, here in the silent desert.