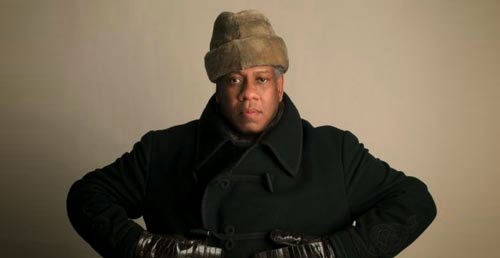 As the new International Editor-at-Large at Numero magazine, Andre Leon Talley has shed his Vogue skin of the last 30 years and taken the helm of a new and very interesting magazine for Russia. Upon first hearing of his departure and the ascension of Hamish Bowles, the arch new lady in waiting to Anna Wintour, I was puzzled and not the tiniest bit skeptical. Why leave such an august world, one that has entre' into the highest echelons of fashion, culture, art and that rarest of worlds, the beau monde? Then I realized that ALT is a card carrying member of that rarest of worlds and has been long before Vogue came knocking. Shifting from Editor-at-large to Contributing editor and the phasing out of "Life with Andre"one of the more amusing and informative columns of the magazine all felt like a jolt to the status quo. Why would he take such a drastic turn and leave a position that one would think was not only lucrative but also powerful in a business where walking tall (he's VERY tall) and carrying a big stick is the ultimate dream? It wasn't until I spied Numero magazine volume 001 with Naomi Campbell towering on the cover like an otherworldly Amazon looking down at the world and all of us who worship at the alter of la mode. 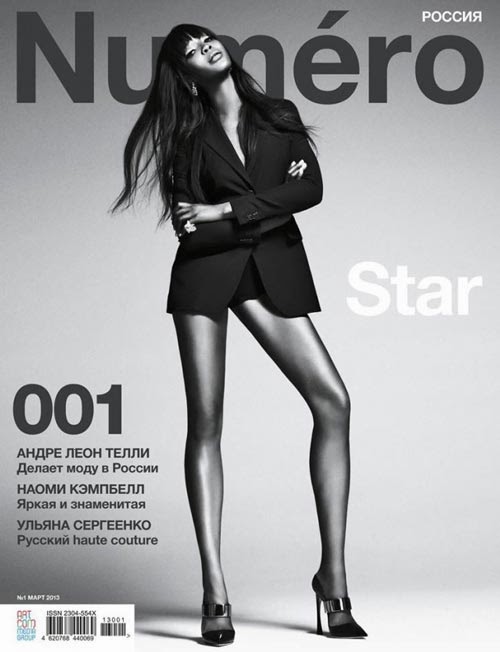 Opening to the very first page with the requisite ad and the following 4 with more ads I was struck by the beauty and variety of images by the advertisers. There was something strangely different. It was not so much an act of looking at the pages but actually seeing them. This curious pull to the eye and the senses continued with stories on architecture (interesting homes/structures not drowning in pedigree and provenance with a smug society doyenne leaning against a wall of ancient hand-screened walls a la Japonaise), art, artists, interviews with a slew of designers from Hedi Slimane to Gareth Pugh and Ulyanna Sergeenko the latest couturier to emerge from Russia. Now the fly in the ointment to a large degree is the fact that the issue is 9/10 written in Russian. Fortunately many of the interviews and profiles appear at the back of the book in English translation. Still, there is something powerful about one's limited ability to read text. One is instead forced to take the measure of the magazine purely on its aesthetic merits and they are many. 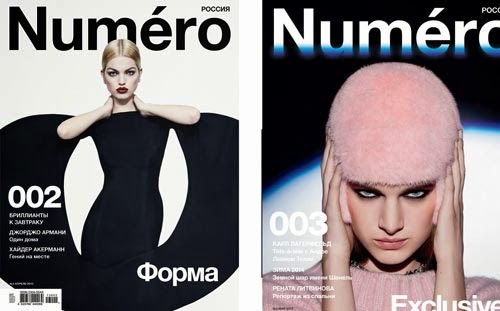 ALT is clearly in charge. It shows from the very first to the last page. I asked him how much of the editorial pages, the covers, the stories and sittings was he involved in and he said, simply "All of it". It brought to mind the days several years back when he would descend upon the house of Oscar de la Renta just days before the collection and style the complete show, add (copiously) looks and edit (at times drastically) the clothes to make a cohesive and exciting presentation. Those were the last days that Oscar de la Renta commanded the runway and press. Andre's unerring eye makes the stories fresh and surprisingly accessible. Each issue has several pages of shoes, jewelry and accessories shot alone in collage form showing only the item against a blank ground. Those images make you want to shop. 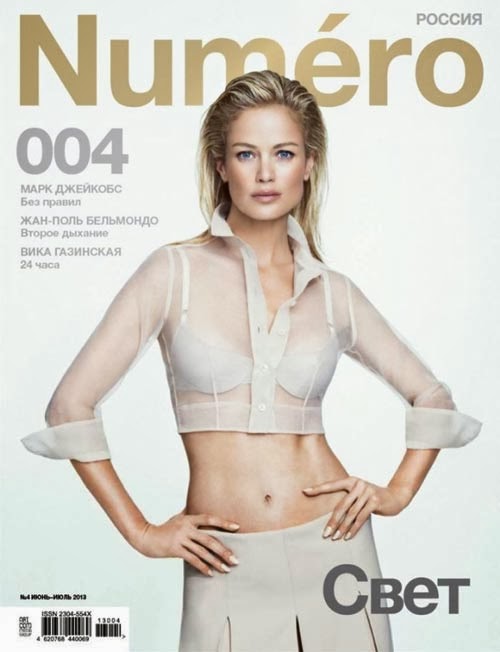 Speaking of shopping, which used to be the function of fashion magazines, the editorial pages are a feast of color, graphically dynamic mixes of looks and atmosphere that is at once foreign yet seductive. To say that the book has a friendliness to it would be an over simplification. It's effect is more like a visual seduction and stimulation of the senses. When was the last time you had that experience looking at a fashion magazine? There's warmth and an invitation to enter Andre's world. All 6 issues thus far cleave to the same formula, with each better than the last. He and his team of editors and photographers are more assured with each issue.

Andre' Leon Talley, with his various projects (ANTM judge, lecturer, writer, curator, university trustee) shows through Numero magazine that the world of Conde' Nast is perhaps too small a platform. This is a man in his prime with a lifetime of the most extraordinary experiences putting them all to use. Underneath those majestic robes and hyperbole is a man on a mission. The world isn't large enough for his contributions but that isn't stopping him for a second. Numero magazine is one more grander stage for him to share his unique gifts with the rest of the world. 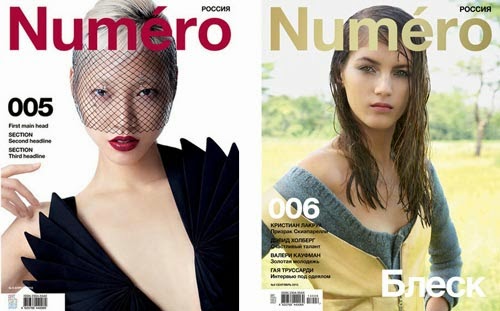 Looks amazing -- but where can one get it? Even in digital version? Also looking for recommendations on books and other blogs/magazines to educate myself on style. Your blog has changed the way I see things and hungry for more!

Ok, found it on Zinio!