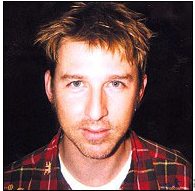 Don't say I didn't tell you the boat was carrying one too many passengers. Ironically, it's the captain who got the heave ho. Todd , as Creative Director at Old Navy since October 2007 took a long walk off a short plank . This is a little stale as it happened last month , but his performance record has been stale all this time. Sales at the venerable house of low brow design have been wheezing for some time now and he's been the Go-To guy for just about every aspect of the chain's performance. Technically, Todd walked out late in February, but the sharks have been circling for the past several months. Reports of weak sales and uninspiring product have been bubbling to the surface for some time.
He was ushered up the gang plank to great fanfare , and proceeded to do what he does best from the days of his eponymous collection and his stint with Laz-Y-Boy. That easy chair gig alone should have been a harbinger of things to come. Lots of big plans were put in place, as is his M.O. There would be home and beauty products along with clothes all branded as Todd Oldham for Old Navy. As we've all failed to see, none was to come to fruition. He and his production company are very big on big ideas but woefully short on imagination and follow through. That's 17 months of big time planning with nothing to show for it but a lackluster performance and a typically greedy lawsuit against GAP,Inc. . All of this is apparently over a "business disagreement". Most disagreements are discussed and worked out. Few go straight to Federal Court unless one side is out for blood. Considering the Gap is the injured party with a huge chain of stores crippled from little creative direction, one would expect them to pull out the swords. In this case it is the other way around. Breach of contract( whatever that means) and other sealed claims are the gist of the suit. This fishy stink is so in keeping with today's economy. If you can't earn it , then just take it.
Puss Cat has heard from very reliable sources that there is a history of the GRAB technique used by L-7 Designs Inc , Todd's holding company for his various trademarks. His other ventures in the licensing world have gotten him in to hot water before. His folksy charm is a foil for back alley tactics.
Apparently, Gap,Inc. isn't in the mood to be kicked around by this Keds shod was-been. They have there own lawsuit cooking in the galley and have no plans to take this sitting down. Something tells me that they possess a bit more spinach in their guts than Todd, and they intend to flex those muscles.Gap Inc.'s spokesperson Louise Callagy says that Gap is confident in their ability to defend themselves on all points and are filing their own breach of contract claims against L-7Designs Inc.
The jib could swing this way or that , but I have a sneaking suspicion that the mast will end up in a place unplanned. Greed and lust are rarely satisfied bedfellows. Let's watch and see how this tattered sail unfurls.
Posted by Fluff Chance at 9:41 PM

sounds like david and goliath, if it is breach of contract they are not living up to their end of the deal
not a good thing for share holders to hear on top of upper management leaving in droves and what about those new commercials! i've only heard nice guy things about todd. the leader of gap inc last job was running a pharmacy for gods sake!

...of course there are 2 sides to every story, but don't forget that Todd's last job was make reclining death bed loungers, so that's not saying very much either.

one down, two to go. banana seems to be doing fine, but is the gap alright? is patrick the white knight (no pun intended), or another todd?

nope dude banana is just as bad and la z boy stock is now at about .50cents todd got out just in time just look at all the complaints they have on line. you either breach or not there is no gray area and in wwd the comment from old navy was we will file a complaint too and did not deny they did anything wrong that's a big company trying to cover something up sounds like the big bad wolf in sheep's clothing!

This is an overzealous attempt by the licensing agent to secure a big payment for what is his only source of income.
Grow up boys, and get real jobs.

Actually, I dont ever recall any Todd Oldham product at Old Navy. Sounds like Todd needs to put his tail between his legs, go home, and actually start to honor his contracts.
Sorry Todd, if you dont make it, it cant sell.