When style goes out of fashion 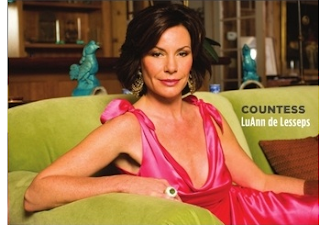 I've been taking it easy out here in the land of good and plenty. Good in the sense of there being a lovely landscape and beautiful ocean. Plenty , because there's too much of everything to excite the senses. It's too much of the same wherever you look. The best way to describe the "scene" in East Hampton and the surrounding villages are they are one huge Ghetto. The rich, the would be rich, the has been rich and the ones who hope to appear reach,let's not forget the pilot fish of the rich and then the regular hard working middle class and poor are all crammed together out here. The ghetto aspect applies particularly to the wealthy .
One might assume that one's means are a means to an end. That end often means a fab 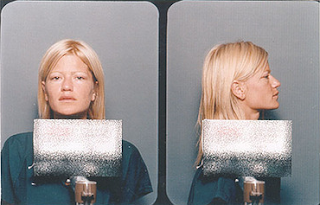 ulous ,way over the top home, nice wheels, membership to the right country club and a guaranteed table at Nick and Toni's. It also could mean that elusive gene, Style. In my naive mind , I figured that the 2 should go together, considering the proximity to NYC and all things informed and fabulous. Even with the Euro element that has migrated , one would think a bit of savoire faire my seep into the ground water. Well after years and years of studying the habits of the inhabitants in their increasing numbers, I've concluded that this once amazing enclave has altered its face and now is by definition a ghetto. I don't know about you, but any sort of ghetto, be it underprivileged or way over, is not a pleasant environment.
Main Street is a sea of pushy , ill mannered men , women,children,nannies and lapdogs. Everyone acts as though the side walk is their personal property. The excess in luxury designer shops directly mirrors the foot traffic. Even though you have 16 Ralph Lauren shops, Tiffany's,
Hermes, Gucci and a 1000 more which aspire to the same grandeur, no one seems to have any style. What happened to style? Was it in the one steamer trunk they forgot to load into the truck when they moved out for the summer?
The guys have forgotten how to tuck a shirt into pants. It's just not done. The women , no matter their age or body type wear cotton jersey strapless tube dresses day and night. No support, unflattering, often way too short and in the end cheap. A gauzy , quasi- indian tunic with cheesy embroidery is an alternative with short shorts or capri pants, but that's it on the wardrobe effort.
Hair is a non issue.....it's bleached, broken and burned. Shoes are flip flops or towering platforms of one sort or another. Ballet slippers are the in between option. Still it's a sea of sameness. Ghetto mentality in habits, dress, and behavior. Some of you may think this is an off assessment or just a snotty smack, but it's depressing to go into town and feel in 5 minutes you can neither breathe or move. Well that's the HamptonEffect.
Is it a luxury problem not worth complaining about? Sure. But when you have an interest in style and you see that it is absent and in it's place is conspicuous consumption of high and low merchandise that is indistinguishable and everyone looks dull and duller, then it becomes something more than just a luxury problem . There's no longer respect or regard for each other . It's not considered or considered cool. It's vulgar attitudes, showing off and way too much passing on the right.
Style used to be valued and cultivated. Now it's just out of fashion.
Posted by Fluff Chance at 1:14 PM

Thank you oh great Fluff for saying what everyone else is afraid to. I'm so tired of knit and saggy boobs! When will style return?!

Hope you have a wonderful weekend!

Though I believe a style can be taught and mastered, style, true ability to honor your body with adornment that makes it look its best, is something few of us are born with and even fewer answer to. Having style means seeing ourselves, flaws and all, and then being honest and selective about what we wear and how we wear it.

Those of us that reach for this concept have an idealized notion of style that is romanticized by old photos and movies and magazines when a few select cultivated it on the elite and we, the masses, mimic it. (It's different today for many reasons but that's too long of a discussion)

Each decade has its hits and misses and unfortunately we, sometime overwhelmed, see only the misses. It is only in retrospect that we can pick the pearls from the swine, but that doesn't mean we shouldn't enjoy pork every once in awhile ;).

Totally agree! I'm sick of hearing people complain that any place outside of New York and its surrounding environs is filled with uncultured, uneducated hillbillies. I've never met as many stupid, style-less, dishonest people as I have met in New York.

When will everyone realize that spending money does not equal having style? It sounds cliché, but you can have amazing style at any pricepoint. All the money in the world can't buy taste.

It's like this everywhere. I sat outside at a bar (in Austin) last night for a couple of watched dozens of women -- all dressed up for their Friday night prowls -- stroll by and there were exactly TWO that made me think, "Oh, she looks great." Disheartening. And you don't have to have a lot of money to be over-entitled in this country. Now that the generation who got trophies just for showing up are out & about & in the workforce, the world no longer elongs to those of us who believe in things like waiting our turn.

I used to like Montauk because it was free of that scene, but the scenesters have crept further east and are ruining it...

But in the end aren't you confusing style with wealth, as if access to a Ralph Lauren store can provide one with a sense of it? And Ralph Lauren is nothing more than the commodification of imperial fashion, concealing, as it always has, the racist and classist structures that make it profitable for the few who inhabit your environs.

Is there a better contemporary example of imperial structure than the Hamptons?

Of course they're hideous. They're monsters.

Why do you go to the Hamptons in the first place, darling?

It's one thing to complain about things that are awful. It's entirely another to complain while STILL flocking to the very same problems.

The solution is simple: Change your vacationing environment. (Because you will never change the whims of the rich and privileged. And it's just as hard to change the plight of the poor.)

Anonymous,
With the real estate market as it is you can't just up and leave a home you've lived in for 25 years. It's not about vacationing.... Though I fully appreciate your point. Thanks for the comment.
Fluff

I am so glad that you are open to dialogue about this. Your blog is terrific and it will continue to wine (to deepen in flavor and texture) when your audience engages your ideas from places other than concurrence and hagiography.

Thank you for posting an addendum and revising the photographs. It is indeed impossible to sell even a shack these days.

My larger concern is this: criticizing pedestrians for bad clothes choices, bad hair choices, etc, is always problematic, even if they are at the Hamptons.

On the other hand, I find your criticisms of the fashion industry to be incredibly apt and necessary. The injustices, favortism, bigotries, and powerplays are significant and appalling in the industry and the horrible mainstreaming of fashion ignores the worse of practices.

When I saw the original post today with the photographs of the women with their baby carriages at the Hamptons (presumably) I was somewhat saddened. These Hampton people, however rude and pushy and style-less, may need some time off from the harsh glare of style-conscious eyes. It's like criticizing an urban inner city ghetto in favor of criticizing the structural problems of poverty that create and maintain it.

Thanks again for the dialogue.

I never, ever understood the draw of the Hamptons. I course I don't understand living in Manhattan either . . . nice place to visit, but . . . That said, I've never been to the Hamptons, and don't worry, I have no intention of going. I don't understand a lot of things, sigh, like fashion. I find the best stuff at Goodwill. I prowl low end shops -- thrift, the dollar stores, Big Lots, even the chains like Target, Ross, etc. and have an amazing wardrobe. Of course I design, and create as well, but I'm so inspired by other people's eclectic castoffs. Just yesterday at Goodwill I found a cache obviously donated (or maybe she died) by an older woman with amazing style. Fabulous stuff! If the fashion industry shut down entirely for a year or two, we could all go on looking great with a little gumption and a lotta STYLE!!!

A better question is why are you frolicking in the Hamptons when everyone knows it has been taken over and invaded for years. Being a true man of fashion, this oversight doesn't bode well for your image. Even New York proper has been abandoned to these types. Nothing of real creativity has been allowed in Manhattan since the eighties. Its all money; all faux class; all faux art; all expensive real estate; in short, the current day Hamptons !

It's interesting to me that in your post you seemed to expect something better! I think it's foolish to think that just bc ppl are riche, nouveau-riche, apres-riche or whatever that they should have taste. Just bc you can afford fabulous things, doesn't mean you'll always buy them. I live in a neighborhood much farther down the food chain than the Hamptons and everyday on my way to the bus or on the bus I see fabulous young men and women (often of colour, which of course is regardless) dressed up FINE. Having taste is about carrying oneself and RESPECTING oneself and what one puts on should reflect that!