Galliano out at Dior 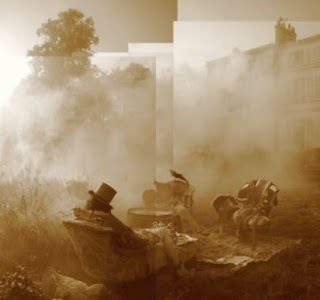 The news is not good for John Galliano as a Dior press release has just stated. He is officially out as Design director for Christian Dior with the ongoing investigation of his racist and anti-semitic outburst at a Paris cafe last week. More reports have surfaced since then of previous outbursts at the same cafe complete with a video of that exchange. This disturbing tape has complicated matters culminating with the house's decision to sever all ties with him. Dior and its parent company LVMH have a zero tolerance for anti-semitic/racist behavior and have held the line. Its a sordid business as Galliano has been one of the most prolific and important couturiers working today. Nevertheless, his troubles have derailed his career. Its a sad commentary.
Posted by Fluff Chance at 9:50 AM

The cynic in me wonders if Galliano didn't want out anyway. It was such a suicidal thing to do, could he really have been that stupid? Or drunk?

Fluff, this is a sad end to an Era of Gallianos' Reign. I am struggling with the question: is it is possible at all to separate persona from creative genius?? Lord Byron, for example, was terrible drunk, had huge debts, was a gambler and carried an incestual relationship, abandoned his children and his wife... Does it mean that his poetry is any less valuable?...

Well what other choice did they have after that vid of him acting the say way he's been accused of surfaced? I'm just surprised it happened so soon, but could he really show his face at the end of his shows this week?

Of course, there's already speculation about who will replace him at Dior. I'm personally more interested in what will become of his namesake label and issues surrounding ownership of his name.

It's sad that it ended this way for him on this stage of his career tho he has nobody to blame but himself, I can see him coming back after all this dies down. Sounds cynical? Well this IS fashion we're talking about....short memories! Le sigh.

We loved him for his excesses,but excesses are just that, TOO MUCH OF EVERYTHING... Booze and medication does not mix well. One can find oneself ranting and never remembering anything about it.
He was not protected, his handlers dropped the ball, I think he wanted out and did not care anymore. There is a life after fashion you know, right ?

most geniuses are plagued by monsters and it's thru their craft that they cope... maybe he just lost the battle with his demons; it seems that he's been caught drinking heavily as of late...
but, there could be much more going on behind the scenes at behemoth LVMH that we're not privy to).

there are rumors of Elbaz or Tisci replacing him...
dunno, but neither "screams" Dior to me.... Lanvin has been hit or miss , in my opinion, and YSL, well....

I'm glad to see LVMH hold the line with their company philosophy. Quite the opposite of how the saga has been going with CBS and Charlie Sheen (such a trainwreck to watch, especially since many of us weren't really paying attention until the troubles escalated). It is also pretty likely that this was the end of a line of behavior with Galliano and Dior, as I can't imagine this type of behavior being something totally new to him.

A friend recounted a glimpse of a meeting at LVMH building on 57th St. One of the CEO's was giving a speech, and at some point asked the row of 6 - 8 Designers present, to stand up and take bow. They were introduced to the audience of industry execs. to hearty applause, then all were summarily dismissed from the meeting like so many chorus girls, so the men could get back to the business of financials.

Galliano was working as a Hired Gun for the Boss, That's how they were treated... No small wonder...
He'll be fine! He's Free!

My burning question is
Where does one go to work after Paris???

life after Paris?
I hate to say this but, I think yes.
Times have changed and, now, there is more wealth being generated outside of Europe and America than in those two places..
He'll have to do a public "Mea Culpa", go to "rehab" (some place fabulous, no doubt) keep his head down for a year or two like Ford did, then....
In this global economy, my bet is on China....
Who needs the old world when you got billions of people, millions of affluent, eager, upwardly-mobile consumers clamoring for over-the-top exclusivity?
No?

A first time scenario, let's see what happens to him, I am curious.
Rehab cannot fix evil thoughts and hateful behavior. Beyond repair.
I have to admit that I never liked him, I found him pompous and arrogant and it always annoyed me me how he took a turn on the runway at the end of the show, humble he is not.
Who raised this lunatic?
Seems it went all over his head.
Evil version of "Zoolander".
I am angry.

Wow....I guess as part of the peanut gallery we are entitled to our comments...that being said let "those" without sin cast the first stones. To assumes the personality of a person based what you see on tv or esp. ...ahem yellow "journalism" without meeting them is quite pretentious. Galliano IS actually a very nice person, and a great designer
(having worked for him). Now what was said was prob. said in the heat of the moment, but I wish him the best recovery from this and lament his dismissal from Dior(he work was becoming truly inspirational)...

It would appear that when he gets really drunk he talks this way. He then lied to cover up his behaviour. When the video turned up he was toast. His usual social filters don't function when is drunk and it got him in trouble. Ms Portman is totally right to sever her ties with him. Being drunk is no excuse.

this is for the world to learn that drinking isnt good at all for anyone....at first you drink alcohol...but once allowed n became a habit...the alcohol starts drinking you then after....so
everyone..;doing bid or small ..in life...stop drinking alcohol....after all you may not be famous for the whole world..but atleast you would not liked to act drunk n bring defame to yourself n your closely small knitted world...
.................by a non drinker

Alcoholics and addicts cannot control their behaviors--no matter how talented, funny, intelligent or how much we love them. Junkies self-destruct, and this was a world-class implosion. Hope Mr. Galliano gets help.