Doha : Dispatch from the Desert 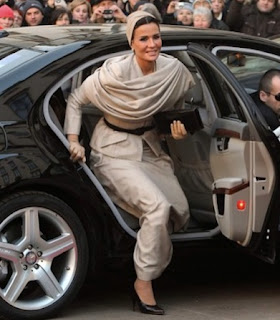 Doha, the capital city of Qatar is part desert and part dream scape. The buildings that are going up, the luxury hotels like La Cigale where I was bivouacked are grand affairs. Every important architect in the world has been commissioned to do something there. The university I visited, Virginia Commonwealth University, is just one in a cluster of about 5 in Education City the complex built by one of the the Emir's wives, Sheikha Mozah bint Nasser Al-Missned. That woman is a force behind everything from education for the Qatari people to a luxury goods conglomerate, Qatar Luxury Group. She hopes to build an industry there tha 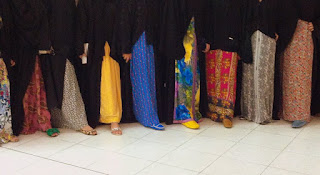 t may one day rival the PPR and LVMH's of the western world. It's all in the beginning stages but is very interesting to watch. I had the feeling that absolutely anything 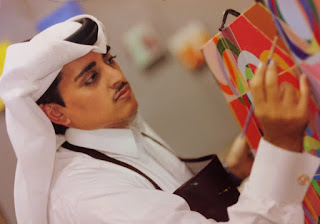 was possible there. Perhaps the largest challenge they face is bringing people from the west to help develop and guide this nascent group of designers and crafts people. The other schools at Education City were branches of Georgetown, Weill Cornell Medical College, Texas A&M, Carnegie Mellon, Northwestern University and the University College of London. Each school was housed in buildings that were monuments to the legacy's of their individual architects. I'm talking VAST structures of incredible design. Driving through the complex and seeing one after the other it was hard to imagine why a student wouldn't want to go there to study. The facilities at VCU Qatar for fashion, graphic design, industrial design and other disciplines was unlike anything I've seen in this country. Other than reputation, places like Parson's , Pratt, Savannah College of Art and Design and Otis in Ca. were no match for what students were offered at VCUQatar in large part due to the director of the department Sandra Wilkins, a veritable force of Nature. Just for starters, every student was supplied with state of the art Apple computers, all books and supplies necessary depending on their discipline. The equipment in the classrooms from sewing machines, dress forms, computers for pattern making and grading, knitting machines and other things that p 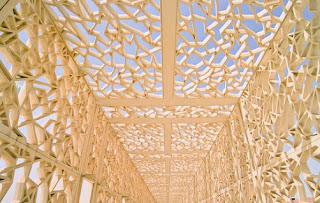 rint fabric or embroider any possible design on cloth or leather, all was at the student's fingertips. The level of instruction they receive was excellent as well. I witnessed it firsthand when I worked each day with the fashion students and the whole graphic design department. Many students were older than the 18-21 years old rang 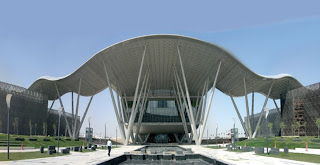 e we have in this country. That added a seriousness to their work ethic as many students were more engaged in their work than playing games and skipping class. Due to the culture's dress code the look was markedly different from what I often see here. Very little piercing or completely tattooed bodies faced me in class. In many instance I saw only the eyes of many of the females. The guys were very elegant in their long white robes and white head dresses( Igal) with black corded crowns. (pardon my lack of proper terminology for the guys' costumes but I was running ragged each day) The girls were in abayas (long black robes) and veils that sometimes obscured their faces altogether or just covered their hair. Under the abayas were very colorful long skirts, designer jeans and everything from beautiful sandals to Louboutin heels. The latest in YSL, Givenchy, LVuitton, Chanel and Hermes were 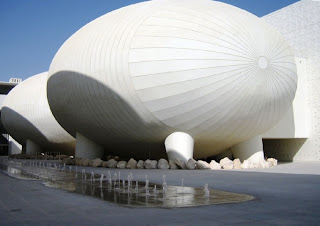 dangling from almost every girl's arm. The contrast of black robes and veils and these luxe accessories was striking to see. I took pictures after one of the classes as the students made an extra effort to be particularly colorful for my visit. They sweetly lined up for me to capture the beauty of their concealed clothing but all chanting at once, "No Faces! No Faces!" It was against the rules to photog 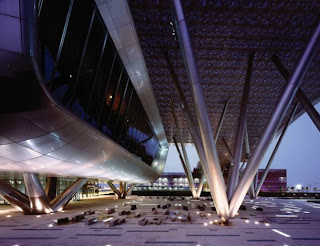 raph their faces. Such a pity as so many were so lovely. Having class after class hang on my every word was daunting and gratifying. For a culture that has so much they have a humility and desire to know as much about the west as they can discover. It was an honor to be there and share some of what I've learned over the past 30 years. I hoped that it might make their journey's a little easier and the process a bit less mysterious. I'll tell you about some of the cool people I met in my next dispatch.
Posted by Fluff Chance at 2:20 PM

What a breath of fresh air ! What wonderful pictures !
You do have many things to tell your students I am sure, and maybe they will manufacture their clothing in their own country and give jobs to the population there and it will be a new day for all of them ! How lucky you are to be part of that...

You have done so much for us. Thank you for being with us last week.
Your journey of fashion was certainly so inspirational and so helpful for me to be able to complete my dossier essay on time. Just submitted this afternoon.Finally I can focus on my fashion designs studio.Working on illustration now.

So glad to read your blog.
You seemed to take lots of photos when you were lost.hahaha

Go Forward...
Next! is our only future...
Keep blogging from the frontline....