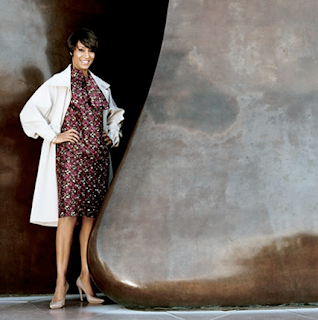 Well this is definitely turning into Black History month. Gov. Patterson of New York is hanging up his plans to run for another term. Charles Rangel looks to be in a mounting pile of trouble and now Desiree Rogers is riding off into the sunset. She formally announced today that at the beginning of March she will resign as White House Social Secretary. It appears she feels the time is right to return to the private Corporate sector.

In her announcement, which has shown up in the Washington Post, The Huffington Post, WWD and a number of other news publications, Desiree stated that the job she set out to do, to make the White House the People's House, had been successfully achieved and it was time to move on to new challenges. I love how the news and reality is s 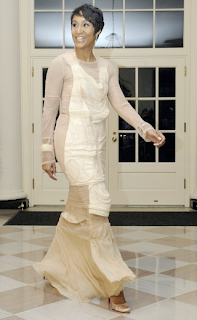 pun. Reality is a key word in all of this. It's the Salahis and their reality show aspirations that was her undoing. Making the White House the People's House was perhaps a little too much of a success. It looked as though anyone could go there whether fo

r a State Dinner or to just hang out in the Lincoln bedroom. No invitation seemed to be necessary to gain entrance. Desiree was too busy being a personage to be bothered with details like national security or checking guest lists.

I took some heat for being critical of a girl with a dream but her dreams at times took on nightmarish proportions. Many believe that the reflecting pool was just not big enough or deep enough for her aspirations. Why stand behind the President and First Lady when you can stand next to them, or even better, in front? Besides stellar collections missin 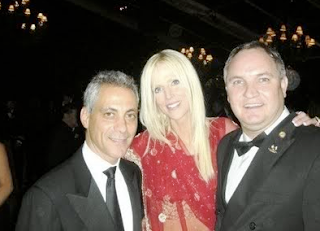 g from New York Fashion Week, the most noticeable absence was Ms. D. I asked myself where she'd gone. Overexposure, like all the celebs who were conspicuously missing from the front rows, was my thought. Desiree is a celebrity like Lindsay, Paris and the Kardashian Collective, so I just assumed she was laying low in a very public way. Not for a moment did I think she'd cut up her titanium metro card that comes complete with full access to any front row at any show and preferred seating at the Maybelline counter in the Tent's holding pen.

Well, Desiree will be missed. The irony of this being Black History month and her resignation was not lost on me or probably many others. It's unfortunate that she took on a job that was so historic for a Black woman and then treated 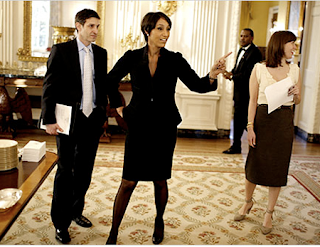 it like a launching pad. Patience and pacing one's ambition is a virtue. Her legacy would have been fantastic. Some people just have to have it all now, or preferably, last week. My hope is that the person who takes her place will also take on the responsibility of such an important position with grace, selflessness and maturity. Humility goes a long way, too.
Posted by Fluff Chance at 4:06 PM

I had a bad feeling from the moment I saw her on the cover of WSJ. magazine. Too showy. It's unfortunate. I did enjoy seeing her style!

I agree with you completely. She was too much the invitee rather than the server. Could it be she couldn't find any fashions she liked from the new season's takings to wear in the fall? I read that Valerie Jarrett and DR were sparring a good bit-we will surely hear more but yes the reality TV wannabees were her undoing and rightly so.

She really showed her um, behind. This was not a cotillion, this was The White House. Hopefully she will now know the difference.

Good riddance. DR seemed to forget that Michelle is the "First Lady" -- emphasis on both of those words.

Sweetie, when you stop breathing that rarefied air, maybe you will lower your nose enough to see that Black History Month is not about the Rogers, Rangels, or Pattersons. It's about the Black bus drivers, cpas, nurses, teachers, students, pastors, and plain old everyday hardworking people striving to improve their lot and the future of their children. They are the notables of the month.

First rules of assistantship:
Always do your job and never upstage your boss. She flunked both. But, I think she is fascinating and she had the best style in the White House. I hope she does something spectacular, and stays in the public eye in a very good way. Her own TV show?

I nominate you Fluff!

I agree with your critique of Rogers' job performance. She was given a tremendous opportunity to help shape the public face of the Obama presidency and she let her need for attention get in the way. This said, I also share WendyB's sentiment - it is unfortunate.

The fact that she was the first AA to hold the office of WH Social Secretary is really only part of the story. She was an accomplished, educated professional with a talent for networking and a good deal of personal charm. In this respect, she could have been an excellent role model for all professional women.

I had hoped that her lower profile since the Salahi incident was a signal that she had learned from her mistakes and that she would go on to be an effective, influential WH Social Secretary in the mold of Letitia Baldrige. So much for that.

It would be unfair to suggest however that she is the only member of the Obama WH with a penchant for the spotlight. In many respects, the Obamas themselves have been packaged like celebrities. It began during the campaign and continued well into the first year of Obama's presidency. This was not Rogers' doing alone.

Desiree,
So appropriately named.
You desired perhaps too much,
Though you had much to gain.
Instead you got the ole proverbial ..
Kick in the derriere.
Adieux Desiree.

Desiree Rogers is first rate and first class, as I see her. She has unprecedented and impeccable style. More, she's smart and well-educated, and beautiful. And I think she did an outstanding job as the White House social secretary--the Salahi debacle notwithstanding.

Yes, she erred in not going the extra mile in terms of ensuring (as best as one can) that maximum "security" measures was in place, but it wasn't equivalent to "sleeping on the job," people.

And her stylishness was in place looooong before she got to the White House--and the Obamas new this, obviously. So, why should she dress any "less" than she is used to, or can afford? (I'm willing to bet most of you "playa hater" women wish you could look as polished, confident and beautiful--not to mention "FIT"--at 54 as Desiree does.

Desiree was an asset to the White House and the country!

If Sally Quinn had committed this faux paux, this would have blown over the second it happened.

Charlie Rangel needs to go, though.

So glad it was her that got the ax and not an ACTUAL civil servant--like a Secret Serviceman. Cannot believe she's standing there in her Alexander McQueen instead of doing her job. Desiree, don't let the door hit ya, where the good Lord split ya.

She was wearing mummywear by Commes des Garcons when she was supposed to be doing her job.

Invoking her race is absurd. She did the wrong thing. Would have been the same had she been Caucasian, Hispanic, Asian, you name it. Her ego ran away with her.