Eric Wilson is a Man for all Seasons. 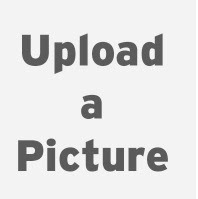 Eric Wilson is a man for all seasons, not just resort, pre-spring, spring, pre-fall and fall, but all the time. I enjoy his dry, droll humor and microscopic/telescopic eye for the finer points of this business. I'm sure that this "business" is often tight sneakers for him. He's surely itchy for subjects and events that resonate beyond Madison Ave, the Via Corso or Place de Victoire. Nevertheless, I enjoy his wry take on whatever is stumbling down the runway.
Some of you will surely think that I write this because of the "outing" he gave me in the Times almost a year ago. He did me an unplanned-for honor by that piece, but I had no idea what would come from it. My life did change and that change has not necessarily been a walk in the park. Having said that, let me continue.
I'm inclined to focus on him after reading his story the other day in the New York Times about the CFDA Awards and its shift in focus from the seasoned designers and brands towards the teeny boppers who have edged closer to center stage. Its not a put down, but the unnatural cycle of things in these turbo charged times we find ourselves living in. How else can you explain the ascent of an Alexander Wang, Jason Wu or any number of relatively new companies that have risen to the top. His description of the CFDA journal reminding him of Tiger Beat magazine was so spot on. I remember that magazine so clearly. It is a mirror image of the heart throb designers who are the rising stars. Never before (not since the 80's and 90's) have there been such a force of posing, pouty faces that shift the focus from the work to their photogenics: think Jack Lazarro.

There was a time when we were inundated with pretty boys like David Cameron, Christian Francis Roth, Victor Alfaro and Angel Estrada, just to name a few. They burned bright and flamed out. They were talented each in his own way and worked hard. Now there are crowds of attractive young men who also have talent and work hard, but seem to divide their time equally with the marketing of their faces as well as their collections, I guess that's the definition of branding. It never seemed more like a beauty contest as it does lately. Eric Wilson seems to be blind to the hype in fundamental ways that some older veteran editors are not. Fawning, uncritical editors,well past retirement age are annoying and start to look like junior reporters for Fashionista.com.
He never gushes , even when he likes something. He also never slashes when he doesn't , though he makes it plain and clear when something or someone has performed poorly. I love the subtlety of his message and always learn something from him. Sure, there are times when I wonder why he's not swept up in rapture over a collection that flips me out but I find myself learning more from him and appreciating his analysis that much more when he's cool and not hot. He's a master of metaphor an the quietly uttered reality check. As a rookie blogger who tries to dig just a little deeper, I hope to be thoughtful in sharing my views, kinda like Eric. He's many things to many people, but thoughtful is the quality that I think most would have to attribute to him. I know some who find him remote, even a bit icy, but I think he walks that tightrope much like the Frenchman whose danced his way between the Twin Towers so long ago. So even if this job is old hat or an exciting treasure hunt for him, he's an adept journalist and one I enjoy.
Posted by Fluff Chance at 7:53 PM

while much of the breathless acclaim over "pretty faces" (as you call them) can be questioned in terms of the fashion industry, there is also a huge influence of the "new media". while the instant accessability of the internet is a well worn subject, it's true none the less. literally seconds pass before the world sees a new collection, hears of a celebrity wearing a piece, sees and reads about promotion and public scandals.

i remember being at a party years ago and a man talked about working at an infamous showroom building on broadway.

"which one? i go there all the time" i told him.
"michael kors" he replied.
"really? what do you do there?"i asked.
"I'm michael kors"

of course now, thanks to project runway and it's ilk, everyone and their grandmother recognize his tanned, restored image. and while he's called many things, "pretty face" isn't one of them.

A good piece, about fashion, but not about the latest collection. I have been angry about the "outing" since it happened. As a general rule, I find such behavior loathsome. But I worried more this change would show in your animated prose. This article assures me you are still fearless, as remarkable writers are.

Dear Anonymous,
The "outing" was not a surprise. I agreed to reveal my identity, which was more distressing because I was afraid of what the industry would think of me, no longer an anonymous writer. I felt that I should stand by my opinions with my true identity revealed as I've never felt ashamed of what I've written. Thanks for your faith and continued support.
Eric/Fluff/Eric