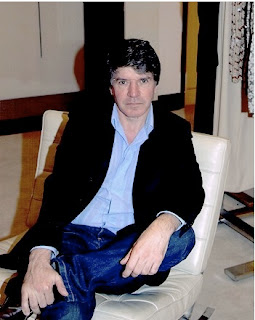 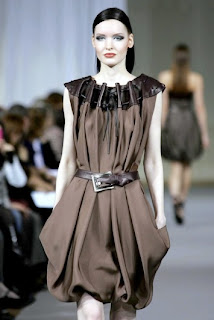 Even though there is a collective tightening of belts throughout every corner of the world and in every industry, I'm a little surprised that so few Couture houses showed this season. There were a few die hard houses like Gaultier, Hasche, Sirop, Thimister and some scary Middle Eastern and Russian Couturiers that presented , no matter the interest or lack thereof. It's understandable, but why now and not last season or a year ago when the shit was really hitting the fan. It just seems a little late.

I rarely thought that there was that much to talk about. Much of it was so vague and tentative and in som 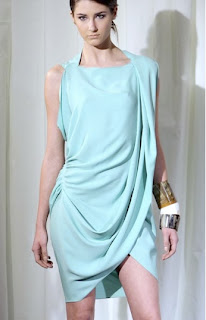 e cases utterly not Couture. In the Couture, that old line" Fake it til you make it" is a tough rule to live by. Faking it is so obvious to even an untrained eye, or at least to mine. Anne Valerie Hasche's reasoning for her collection last time around was particularly specious. She took the clothes of other designers who'd given them to her and messed with them in some uninteresting way and then sent it down the runway as Couture. It went right past me. I would guess it 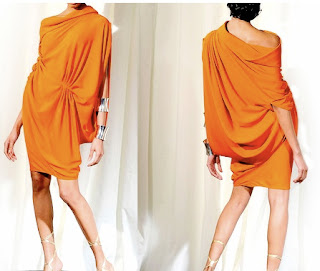 passed by more folks than just me. Thimister with his fake bloodied outfits was another question mark. Why? Gaultier and Sirop are the more missed of the bunch. JPG was very creative in that vein and always had something really interesting and beautiful to share.

Dominique Sirop had a vision as well. It was always hard for me to make out exactly what he was doing but there were many people who got it. He is an interesting character who has come a great distance in the last 30 years. That's when we met. It was 30 years ago when I was an apprentice at Givenchy and he was one of the most important Assistants. There was a hierarchy and in essence he was #2 in line after Enriq 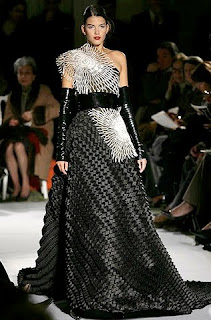 ue Martinez. Remember him? He briefly became an international label funded by big Mexico City Media Money with a fantastic boutique on Madison Ave. all done in back lit Alabaster walls. Well, that was much later , but in the old days he was Monsieur's right hand. Not the sharpest pencil on the desk but there was a special connection between the Master and Martinez. Alistair Blair was probably tied for second with Dominique. Alistair is and was extremely talented too, but more reserved. He did go on to work with and direct many important houses( Balmain, Feraud, Jaeger, Chloe and Laura Ashley, among others) including his own at one point in the 90's, backed by Peder Bertelson. Dominique was shy, fey and extremely French, and a very good mimic of Givenchy's style and manner of sketching. I sat next to these guys day in and out for almost a year and observed the politics and maneuvering for power. I was a non-entity having just arrived from a Liberal Arts college with no prior experience in fashion. Though I'd have an occasional lunch with the Team at cafes where man 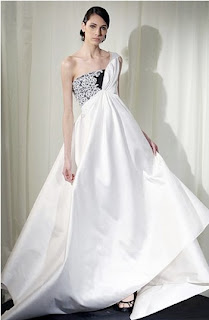 y other Teams from competing houses would go, all sitting in different areas gossiping, bitching and posturing for importance, I was otherwise never included in things that went on socially after work. The irony was that I was one of the first of them to start my own collection and gain important accounts and press. It was so unlikely because their talent had already been forged, acknowledged and mine was unseen.
Givenchy supplied the investment to get Dominique started as a Couturier. From the first collection to the present I've always been fascinated at the personality of his clothes. They are so totally opposite of what I used to see him do at Givenchy. I hope to see the collection shown again soon. Of all of that gang back then, he was the sweetest in the end when I returned to the States. I never thought he particularly liked me, but he made a beautiful sketch and signed it wishing me well with my career which he seemed sure I would have. Just a random thought for you all.


*All images are the work of Dominique Sirop as is the portrait.
Posted by Fluff Chance at 4:09 PM

Dearest Fluff, nothing ever gets past you! Your writing reminds me of Colin McDowell...you tell it like it is. I've never commented before, but had to tell you that this is way and beyond the best blog and you are my favourite blogger. xoxo

Dear MsDarkly,
Thanks so much for your generous words. I appreciate them very much. Thanks for taking the time to send me your comment!
xo, Fluff/Eric