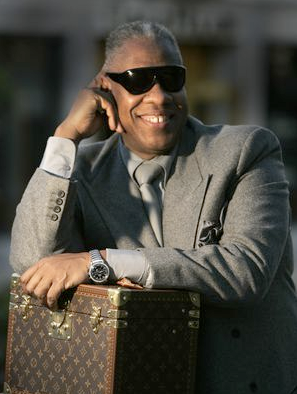 There's a new warden at ANTM Correctional. He's about 6'7", clad in Chado Ralph Rucci couture, he walks tall and carries a very big stick. That stick is more metaphor than literal. The club he wields is one of intelligence, an understanding of what it takes to be an icon of style and a nuts and bolts knowledge of the business of fashion modeling. Now, becoming America's next top model is almost beside the point because just becoming a model and one with an ability to pose for the camera, effectively show and wear clothes and walk on a runway is the job he has to tackle as animal trainer, Deportment coach and prison warden.

The opening episode last week introduced us to the new bevy of soon to be beauties. At first glance, there were some promising looking girls and some that begged the question ,"Which reality show did you sign up for?". Immediately, we were bowled over by the fearless Super Model, Mademoiselle Tyra. Her team of enablers, Jay and Jay jumped to it with immediate make-overs for the 12 girls. There was hissing, crying and cheering after their initial blood letting and coif cutting. The tears that flow like a leaky faucet are maddening. The ladies were a mix of sullen, sweet, doe-eyed and down right dangerous. Demure Debs mixed with swearing , threatening, Banshee Bad-asses. 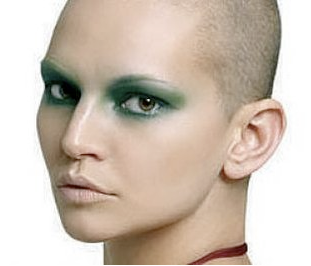 The group's pen was like a kennel despite its luxurious loft-ness. The ladies bickered and elbowed their way to lay claim to closet space and top or bottom bunks. It was a bunch of unruly, uncouth moths in boot camp hoping to become butterflies. None of the rest of the episode resonated except the incredible aggression of ladies acting like petulant urchins. Fast forward to episode 2 and the lowering of the boom or the swinging of the pendulum.....take your pick.

This is when we picked up a bit of speed and the temperature started to rise. The first casualty was on her way back to wherever and the new set of judges were seated on the bench. Little did we or the hapless harpies know, but one of the judges happened to possess Supreme Court status. The Right Honorable Andre Leon Talley of Vogue, erudite and the Uber-Arbiter of Taste was seated and ready to slam that gavel. The ladies tittered and cooed while he looked on with a certain bemused grin. I couldn't tell if he was going to pull an assault rifle from under th 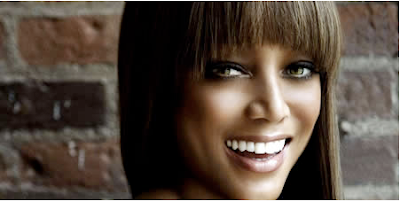 e generous sleeve of his Edo-period inspired, bronze Razimir robe created especially for him by Chado Ralph Rucci Couture or bless them with a wave of his hand. School was clearly in session as the first utterances from his lips were on the difference between a drawing room and a Salon and what one appropriately does in the latter. Even Tyra appeared to take notes. I knew this was going to be not only amusing but also an education for all. Let's face it; ALT is a well of experience, intelligence, taste, dry acerbic wit and can reference the most obscure details regarding style, thought, manners, fashion and life. The Then and Now of it is his raison d'etre.

Tyra went from cloying to a Countess in a New York minute. Her game changed before our eyes. The other guest judges raised their games as well, though Rachel Roy was very self possessed from the get go. ALT read his charges in a language t 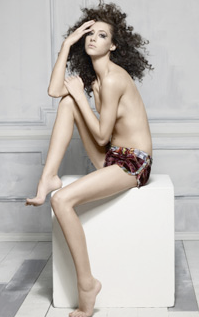 hey understood exclaiming that one dressed in razor slashed leggings was the essence of "Dreckitude". He's never lost for words or imagery, never. The improvement in the girls was evident by the end of the episode. The howling, hissing she wolves were noticeably tam

er and looked like modelhood was a distinct possibility. I'm intrigued with what is to come. Andre has definitely got his work cut out, but he's definitely up to the task. Watching these girls become models is going to be interesting. For the first time in many cycles, I think they just might bring one of these hot house flowers to full, arresting bloom. Whatever happens, we're going to get a free graduate school degree from one of the most gifted professors on the planet. Take notes and bring a sharpened pencil.
Posted by Fluff Chance at 8:14 AM

So true, I had to watch this last night just to witness ALT- pencil sharp.

I think ALT is a great and much needed addition to the show to bring it up a notch or two; last few cycles it was getting a bit silly...
did you notice how ALL of the contestants this time around knew of a model they admired?? (And, obscure ones at that!)
usually, they're all clueless when asked....
coaching behind the scenes? most likely, I say... it was becoming embarrassing that cycle after cycle none of these wanna-be models actually followed the industry they so wanted to be a part of....
I'm sad to see Naduah go so early....
lastly, I'm still surprised at how mean some of these girls are... you'd think they would have realized by now that the mean ones NEVER win (CoverGirl would never allow that) and they should be nice at all times since the cameras are rolling...

Not showing in England until forever *sob* . . . will miss Miss J's brilliant ennui *sob* . . . I see a major smackdown a'coming between ALT's getups and Tyra's . . . this show is our Versailles, Fluffy, keep us ex-pats posted!!

The @OfficialALT on ANTM is what Top Model was missing. He injected a new energy and knowledge of fashion. I've been OVER ANTM for sometime, having more to do with Tyra Bank's behavior than the production. I'm terriby excited about tuning in every week to see Mr. Talley wield his fashion STICK

I missed the episode featuring him, but more can we say about a man who has survived the "chiffon trenches" for over three decades? He brings a wealth of knowledge to the show and I don't think he'll be mincing any of his words when it comes to telling these ladies the truth.

What's not to love about André and there's so much of it.
He's a veritable gourmand's buffett of delight.
I met him once years ago at a do...
Definitely unforgettable!
Must catch up on ANTM - being in Paris is great and stuff, but who wants to miss ALT in top form?

ALT has revived my love and fascination with the show. I am so excited and cant wait for the next week's episode to come around. Meanwhile does anyone know wwhere I can find those cyclamen stilettos that Alexandra (break dance pose) was wearing in episode 3 "let's dance", they are so hot.