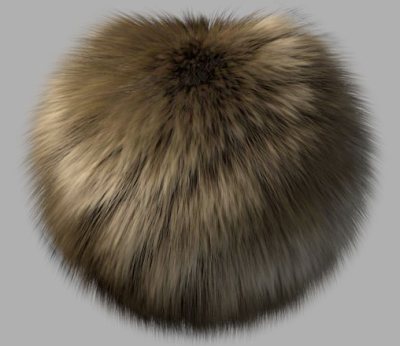 Fur is flying. Fortunately for me, it isn't mine. Fur seems to have come back from catwalk extinction to an all time high. It turned up in almost every designer and sportswear collection from here to Tokyo, for guys as well as gals. This has given many people a sense of alarm. The proliferation of fur coats, jackets, trim, skirts, boots and hairy shoes are difficult to ignore.

The fur industry over the last 10 years has all but curled up and died. It is a shame, because it is one of the most specialized, not to mention old industries that from one season to the next kissed the oblivion of extinction. I've always felt that fur is a matter of choice that should remain a free one. 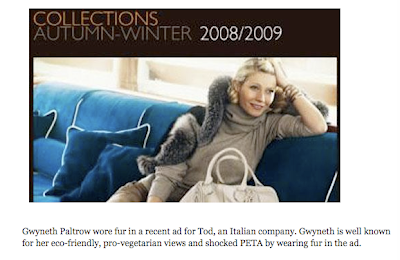 PETA and other over zealous zealots should take care of themselves and not resort to physical violence and unveiled threats to make their point. I had to laugh that PETA went after Johnny Weir just prior to the Olympics to remove one small piece of fox that was placed on one shoulder of his long program costume. He complied which was equally surprising. Why PETA harasses him and turns a blind eye to a whole industry that used fur in every imaginable way is a mystery. Even Gwyneth Paltrow got in 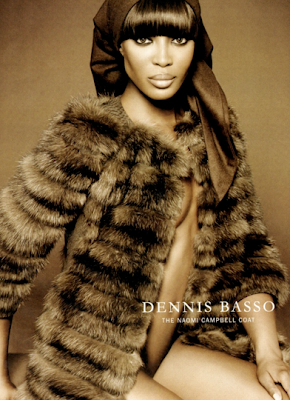 to the act when she's an Eco phreak, faux fur trapping, sometimes Super star. She certainly must have pissed off PETA turning up in a Tod's ad with real on , not Fo'. For the same token, the Naomis and other ex-Supermodels of the world who used to cop to the Gospel of PETA are now lapsed converts. The ads in the Times and fashion mags of Miss Campbell with only a do rag on her head and a fur minus any clothing, at all, is certainly a wake up call. Now why over the hill models have gotten it into their bubble heads that in order to work they have to be stark naked , show all and sundry is another sad story better saved for another rainy day.

Now the news on the bulletin board is that the Sisters Mulleavy of the Convent of Our Lady of Rodarte are taking the reins of Revillon Paris. This is probably the oldest and most venerable House of Haute Fourrure in the world. It's the Chanel of couture fur design. I know what you're thinking. What's up with that? I guess the girls are itchy to move out from Mummy and Daddy's house and find their own starter mansion. Money is tight and they need a gig that will pay the rent. When you read that the best seller from this springs collection are the gladiator boots, the clothes don't appear to be the hot ticket that Vogue declares to anyone w 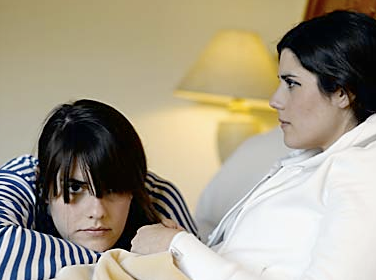 ho'll listen. So what, more power to them. BUT, fur? what will they have to offer to that dialogue? How will they carry a house that relies on customers being seduced by the most rare, expensive furs which have been designed in the most creative ways? Rodarte has the annoying habit of turning up their noses at luxury. They like to burn, melt and distress it. A bit of yarn, wire, a glue gun and bits of shredded fur will certainly cause the customer to stop and stare. I just hope there is a back-u 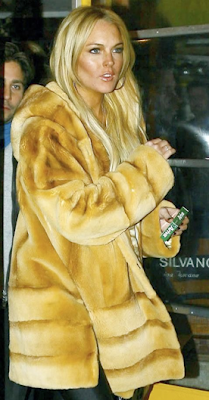 p team to pump out the goods while these two are busy making news. News is what they'll get and that's what Revillon will risk their business and pay dearly for.

Bon Chance all. I, for one will sit and wait. No one seems to think about the future, only the moment. They might as well have asked Lindsay Lohan to do the job. She's certainly got plenty of time on her hands and can attract the press probably even more with just as little effort.
Posted by Fluff Chance at 12:41 PM

fluff-with all due respect, it is ironic that you have named your alter ego "fluff" when you support cruelty to animals. i am sorry to be so blunt. as a fellow designer and member of the cfda, i am appalled at the "return" of fur. growing up i loved the look of my grandmother's fur coat, but she is dead now and so is fur. anyone who wears it is out of touch with the world at large, unless you are perhaps an eskimo. fellow designers who use fur feel that "gassing" an animal is humane. please watch:
http://www.youtube.com/watch?v=O9TWXbAd1xQ

regretfully i missed the part of your post where you "support cruelty to animals". i say regretfully because i'm sure your active pursual of such a goal would have been, if unfortunate in it's outcome, as fervored and enthusiastic as you approach fashion and thus amusing to observe. i also believe it's a person's prerogative to hold an opinion (in this case about fur) regardless of if i agree with them. i refrain, however, from "supporting" them and that goes for both sides of this debate particularly in regards to PETA who i find odious and haphazardly aggressive.

that said, love your writing and look forward to snuggling up with a (possibly faux fur) lap blanket to read more.

PETA had the nerve to show up in the ring at the final judging of the Westminster Dog Show with signs,
Mutts Rule!
Wha'?
When you said Rodarte for Revillon Paris, I instantly thought this is a Lindsey Lohan-last ditch move.
Thanks for confirming.
After this winter's bitter cold, fur rules IMO, preferably with additional clothes underneath...ahem
Give it a rest PETA

Gee JOHN BARTLETT,
Looks who's using leather with impunity?
Practice what you preach.

to the person who commented on my wearing of leather, i agree with your dig. i am moving away from leather and have decided not to produce it going forward. after showing leather for the fall 2010 season i felt it wasnt correct to oppose fur without stopping my own leather production. so thank you for that bitchy but insightful comment and keep an eye out for my vegan leather ensembles to come...

Anyone who reads Celebrity Truth deserves to make clothes out of Apricot leather...ahem

Personally I believe people SHOULD be allowed to make their own decisions without fear of retaliation/condemnation etc...I wonder would people protest as much over silk production?...Also note fake(faux) fur is made of much worse materials for the environment...nylon and petrol based products....just a thought.