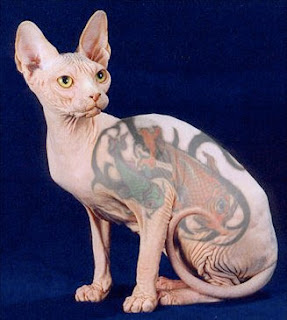 News flash!!!!! Fluff Chance is tip-toeing into the vast arena of fragrance. Tired of watching everyone from Rachel Zoe to , now, Anna Dello Russo steam roll their way into the high stakes, ginormous return world of "Scent", he's decided to cash in. After all, every designer, blogger, stylist and her sister wants a Juice Deal. The difference that is so brilliant and forward thinking about this still top secret venture is that FLUFF is completely committed to its green-ness and sustainability. After months of market research and testing, he's come up with something totally natural and original.
His feeling is that scent is extremely personal and should be developed with a specific demographic in mind. Being all things to everyone is the quickest route to no audience at all, so out onto a limb he's crept. At this moment, the most we can know about this ground breaking new "parfum" is that it has bottom notes of sand, plastic and cigarette ash. Its top notes are rather acidic with a hint of sweat. There is the tiniest note of tuna and chicken which adds a mysterious dissonance to its overall harmony. Fluff consulted with noted "parfumeuse" and world-class nose, Beth Terry, whose very elegant and memorable scents "Te"and "Mare" are regarded by the best noses in the business as two of the finest jewels for the senses. As to the efficacy of such a ground breaking concept, Beth gave him sound advice and said, " Fluff, follow your dream. Blaze a new trail. Make history, NOW".
Well, that's exactly what he's gone and done. This scent will attract those with truly sophisticated and discerning tastes and drive those poor unfortunates who don't, running. The packaging is still in its final stages, but is along the lines of a Georgian crystal faceted tube (briolette cut) with a carved pear wood base on which it stands (reclaimed, of course) with a pale green sea glass stopper (reclaimed, as if I need to repeat myself, again). I understand that it must stay refrigerated so as not to spoil, as no preservatives, fixatives or chemicals of any sort are included.
The graphics are simple with only the name and an image of the newly inked Fluff. Since attending his new gym where the likes of every tatted Chelsea boy, along with newly unengaged Marc Jacobs and Calvin Klein, who was spotted pumping and preening, he's decided to speak visually in a language that people understand. A press release is officially on its way to all major papers in a matter of days. I felt compelled to share this with you first. He was considering "Tinkle" as he is a lover of all music, especially compositions for the piano. I suggested "Spritz" for obvious reasons. Stay tuned and run, don't walk to your nearest exclusive Department Store, ultra-forward thinking luxury Specialty store and of course, the TOP Pet Shops in the most major of cities here and abroad.

"You'll never forget or be forgotten!!!"

I made that one up. Sounds catchy, and it's the God's honest truth.
Posted by Fluff Chance at 2:21 PM

now thats a fragrance i can get my claws into!!!!

what a hoot u are mr fluff

Fluff- A fragrance is a natural for you.
Are you listening COTY/

Stop, you are a terrible man...no I don't mean that Fluff!! Only I almost snorted my cup of coffee all over my laptop and that is never a good look! Almost did the same thing a few days ago reading about Marc J's new scent 'Bang'.
MsDarkly xoxo

'Tinkle into a Mist of Spritz'
MsGodarkly xoxo

Pure brilliance! I'm glad to see that you are resurrecting the fine art of written satire. Your blog is a breath of fresh air...or perhaps a fresh spritz?

Thanks for the great laugh! Have a wonderful week.

She kind of looks like a hunchback in most of those pictures.