Downton at War: Right on Time 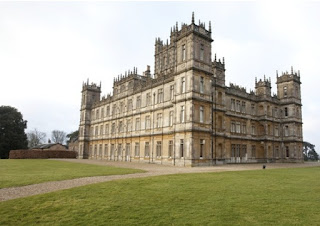 I scored the full 2nd season of Downton Abbey before the Christmas deluge. (The British version which was shown there a few months ago.) Greedily I tore into it watching 4 epidodes the first night and the balance the following. I was starved for the visual feast like a tween's first visit to Forever21. The theme music began and the dog'seye view of the drive leading up to the grand house filled me with an excitement I had'nt felt since... well, not since watching the first season. The familiarity of the characters such as the exquisite daughter Sybil, Cora, Lady Grantham with her perpetual cocked head and knowing half smile, sexy forbidding Thomas the compulsive liar, cheat and yes 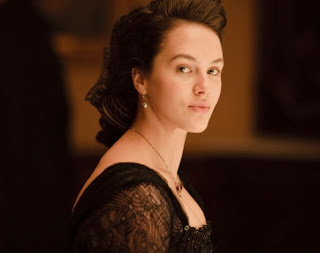 latent homo, self sacrificing Bates and his female doppelganger Anna, poor confused Mary and Mathew and best of all Maggie Smith, the Dowager Countess Grantham. Such a guilty pleasure with so much promise drew me in, playing me like a ten cent ukelele. Episode after episode played against a brutal backdrop of World War One's Battle of the Somme.

All the order and manners of last season gave way to chaos, upheaval and the upending of the social order within the wall 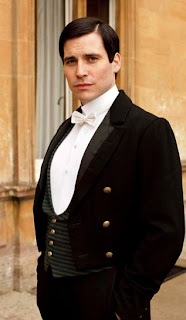 s of Downton. The frustrations of the war and it's toll plays out in the plot lines which have carried over since the previous season but with more twists and frustrating turns than I could bear. By the time I came to the last episode I was as played out as a ten cent you-know-what in a battle blasted trench.

That said, I still couldn't turn it off and only crawled to bed because it was after 2 a.m. each night of my marathon 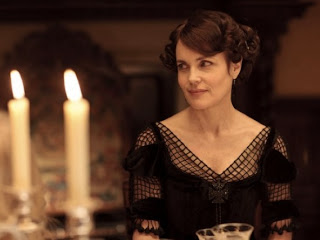 . Reading reviews of the season which starts tomorrow night, I was surprised that some critics blasted it and others praised it for the very same reasons. I won't give any of it away, and even if I did you'd all watch it anyway. What I will say is that there is a reward for all of you out there who remain faithful to this somewhat fickle season. Like a fairytale that too rarely comes true, like a lover who doesn't always love you the way you'd like to be loved but loves you neverthele 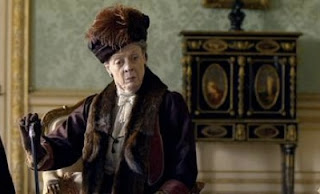 ss there is a reward for your faithfulness. Unfortunately, that reward won't present itself in the actual season that unfolds starting tomorrow night. (Put it this way: the version I saw was minus the bonus "Christmas episode". Perhaps it will be included in the rollout for the U.S.)
Like all good things it comes a bit late. Like some half forgotten line from a Loleeta Holloway disco song,"He may not be there when you want him, but he's right on time..." That's all I'll say. Enjoy it. I did. Whatever you do, don't loose hope.
Posted by Fluff Chance at 6:12 PM

31 years ago, it was "Brideshead revisited" with Jeremy Irons playing Charles Ryder.....I just wanted tweed and rain, teas and walks forever. But In California, not that easy, but we all tried so hard. I cannot wait to see this one !
I am waiting for a plane, there will be lots of walks on the marshes, teas and rain , lined raincoats , rubber boots and hats where I am going, so I better not complain too much, I am gonna get what I wanted !

LOVE Downton, especially Maggie, she was *made* for this role, may she condescend to the riffraff forever!

A friend spotted Carson shopping in our local supermarket and she tailed him all the way to checkout.

ps Dan Stevens, who plays Matthew Crawley, is smart and witty in addition to cute.

After seeing Episode 1 (TREMENDOUS!) I will be interested to read the critical comments referenced in your post. I am so engaged with and protective of these characters. World War I changed everything for every level of society; it was when the 20th century really came into being. Amazing and thrilling that the human spirit survived it all and went on to flourish. Takes guts.