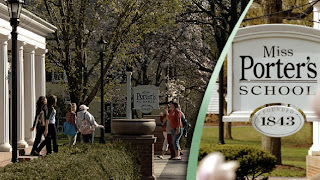 Let's wander down the ivy strewn path to a calmer, less complicated time when Miss Porter's School was filled with the likes of Jacqueline Bouvier and her beloved hunter, Danceuse along with a gaggle of America's bluest, bloodless debutantes. That appears to be his inspiration. Wood panelled common rooms filled with swanning, young ladies doing w 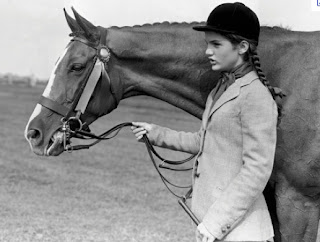 hat well-bred young ladies do: play field hockey, play with their hair and little else. Oh, and compliment 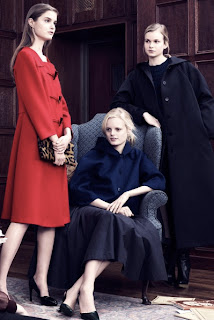 The classics are in full evidence in toggle coats, camel hair coats over letter sweaters and slacks, demure shifts, fifties heels, and yes, rounded hips and dropped shoulders which we know now equals "COUTURE SHAPES". So, all in all a slam dunk collection. What one sees clearly are clean, sporty dresses and separates that have a mid-century modern 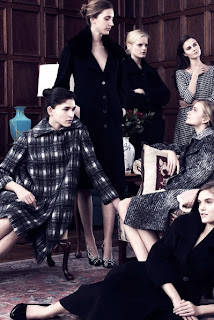 feel that looks timeless. The boots and bags are elegant. Letter sweaters do little for me unless you're living a varsity life, which I don't. It's the sort of cliched nostalgic detail that puts me off. Perhaps, I'm also a little more than critical when the clothes are almost impossible to see with the models drape 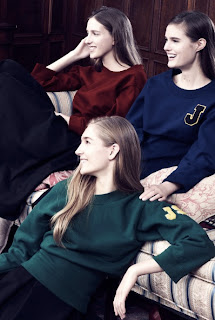 d over the furniture and each other. If you're showing clothes, then let us see. This is like so many meals served in the dining halls of East Coast prep schools: meat and potatoes, hold the spice and a tall glass of milk to chase it down. Simons who has appropriated this world like Ralph and Tommy before him. It's as if he and they long for a world before angry people of color took a seat at the table off to the side. It reminds me of the "black table" that existed at my school, The Lawrence Academy in Groton, Massachusetts, where all 7 black students would sit together in hopes of feeling apart of the experience. I'm not an 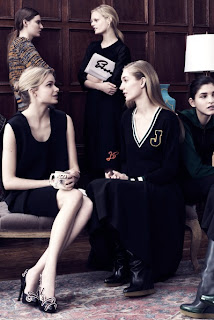 angry black man like Michelle Obama (she's a woman for those who may have missed that point)has been accused. I'm just an aware one who i 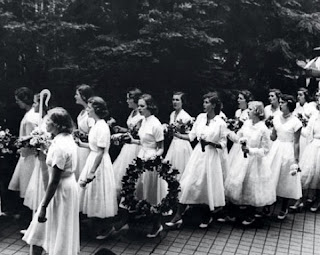 s still amazed, but not surprised that this sort of ignorance still persists.

So maybe this is just a nostalgic look at a bygone era when Miss Porter's School flourished before affirmative action and all was just gin rummy, mixers with St. Paul's and pregnancies that were hushed up. I'm sure rounded, stiff fabrics cut in "couture shapes" came in very handy then!