Getting on with it 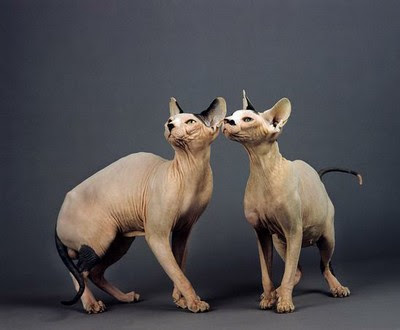 Life is all about moving forward. Forward motion whether we want it or not, but moving on we must. I've been feeling a bit stuck these days for a number of reasons. The past 6 months or so have been a lesson in humility. The universe has decided to spin on a whole new axis, one that seems to revolve in a slowed but multi-directional motion. No 2 days are even remotely similar. The whole static aspect we once knew of as "life as we know it" is a fast retreating memory.

Today is all about life as we've just discovered it. As people of the free world, we're faced with mind numbing shifts and altered states. You have it,then you don't ,then you might ,then you do, but the email you're reading at that very moment informs you that you don't , you didn't , in fact you haven't for longer than you thought. So what gives? Confusion is the only thing that's crystal clear.How does fashion work it's way into this narrative? I don't know....bear with me, I'm getting around to it, I think.

I took a rather drastic step the other day and went to a healer. A spiritual one. What a fantastic experience. I won't presume to speak for you, but my life hasn't been particularly satisfying of late. Not a lot of joy. Work is a mix of frustration and fear, my personal life is pretty sweet compared to most , but on my Crapometer the arrow is in the danger zone. So I thought that if I can't control or fix the world outside, maybe I can do some thing about my inner world, the one that ultimately counts the most. I learned a lot. The main realisation is that I have found ingenious ways of getting in my own way and making it nearly impossible to move forward or in any direction other than backwards and downwards. Those are not routes I desire. Sylvia made it pretty clear that I was standing dead still on a very blocked dead end. One without even a scenic view. The location of this dead end wasn't in a fashionable area, either (see I'm working my way around to it).

The experience boiled down to recognizing this un chic fact, getting my bearings and choosing to head in a different direction. One that pointed due forward. Letting go of the past and finding the thing that brought me so much joy and satisfaction not so long ago appeared to be the mission. When I realized how much I blame the world and forces/people around me for my unhappiness, it was all really of my own making. There was no smoking gun , no bad guy in the shadows with the controls, but just me.I'd venture to say that the same goes for more than just me .

Ambitious, passionate people are delicately wired and susceptible to the most insidious of malaise. As a creative sort, I'm unusually sensitive to and aware of my surroundings. My pillow and down comforter and so cozy bed have recently become my preferred surrounding. That's not a good sign when the sun is shining or the rain is pouring and you have a job to do. The world outside my front door may be unpredictable,troubled, even a bit dangerous , but it's the world I live in. Bad times come and then it makes a nice space for good to fill. I choose to make room for some good. Fashion is so much fun, so fascinating and such a compelling language to read,write and debate over. Thanks to my indomitable spirit, insane optimism and a woman named Sylvia I think I caught myself just in time.

I feel ready and willing to get on with it. I wish we all would. This landscape would look so different and so much better.
Posted by Fluff Chance at 6:58 PM